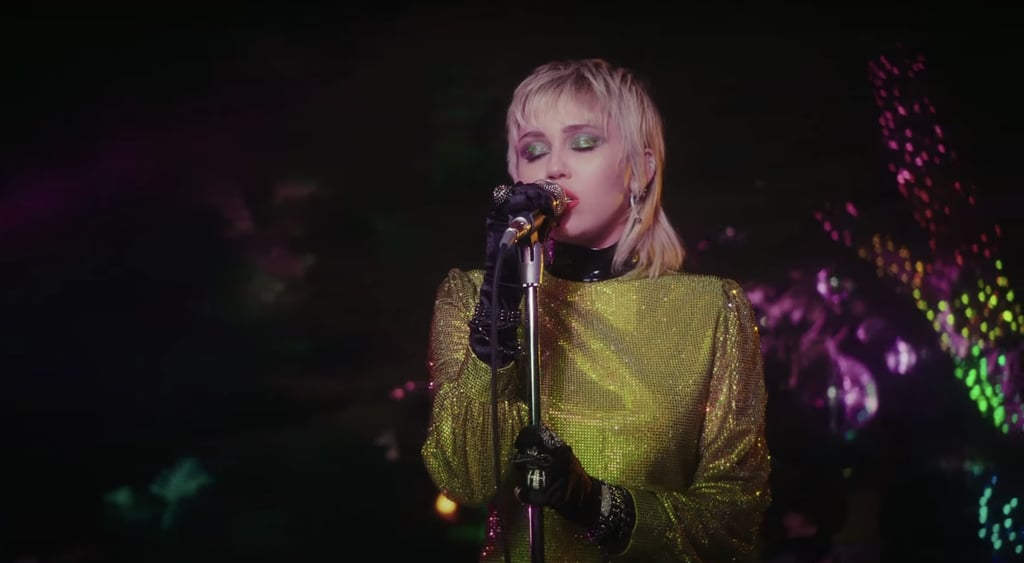 Miley Cyrus revived her Backyard Sessions for a special episode of MTV's Unplugged series. During the mini concert, which premiered Friday night, the 27-year-old singer performed her hit songs like "Midnight Sky," as well as a few throwback covers by Britney Spears, Pearl Jam, and the Cardigans. Accompanied by a band appropriately named The Social Distancers, Cyrus kept the rock vibes strong as she showcased her incredible vocals and unique style during the 30-minute jam session. Toward the end of her set, she even brought out her sister, Noah Cyrus, for a beautiful duet of "I Got So High That I Saw Jesus."

Whenever Cyrus covers a song, she always manages to make it completely her own. Some of her previous Backyard Sessions included a cover of "Don't Dream It's Over" with Ariana Grande in 2015, as well as her iconic cover of "Jolene" by her godmother Dolly Parton in 2012, so there's no telling what other surprises she has in store. Luckily, MTV has dropped a few of her performances on YouTube, so you can watch them on repeat ahead.