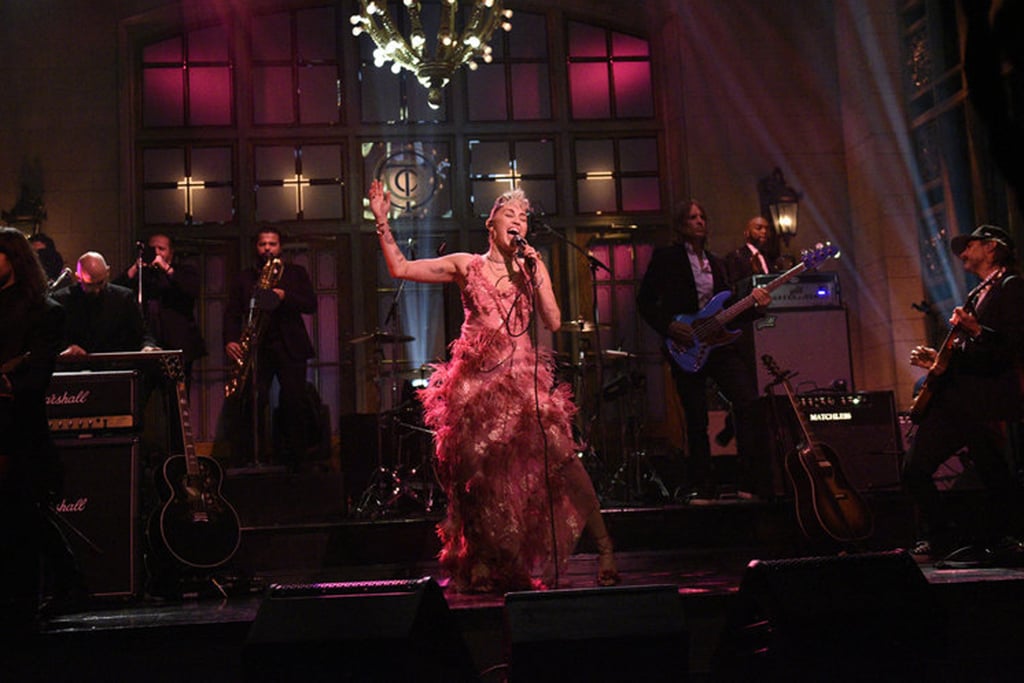 Miley Cyrus was the musical guest on Saturday Night Live on May 8, and she completely rocked the house. In addition to opening the episode with a sweet Mother's Day tribute and reminding us of her acting chops in a hilarious Chad skit with Pete Davidson, she also gave two incredibly captivating performances onstage. For her first number, Cyrus was joined by 17-year-old The Kid LAROI as they performed a remix of his hit "Without You" for the first time live together. The two completely nailed the performance as they harmonized together, and Cyrus gave Kid LAROI a huge hug afterwards. Cyrus closed out the night by singing the title track from her seventh studio album, Plastic Hearts. And let's just say, she completely commanded the spotlight with her stage presence. Watch both of the numbers ahead.

TV
Ayo Edebiri Shuts Down Carmy-Sydney Ship on "The Bear": "I Don't Think So"
by Eden Arielle Gordon 13 hours ago

Zayn Malik
Zayn Malik Reminisces by Singing a One Direction Song — but What Does It Mean?
by Izzie Deibe 17 hours ago