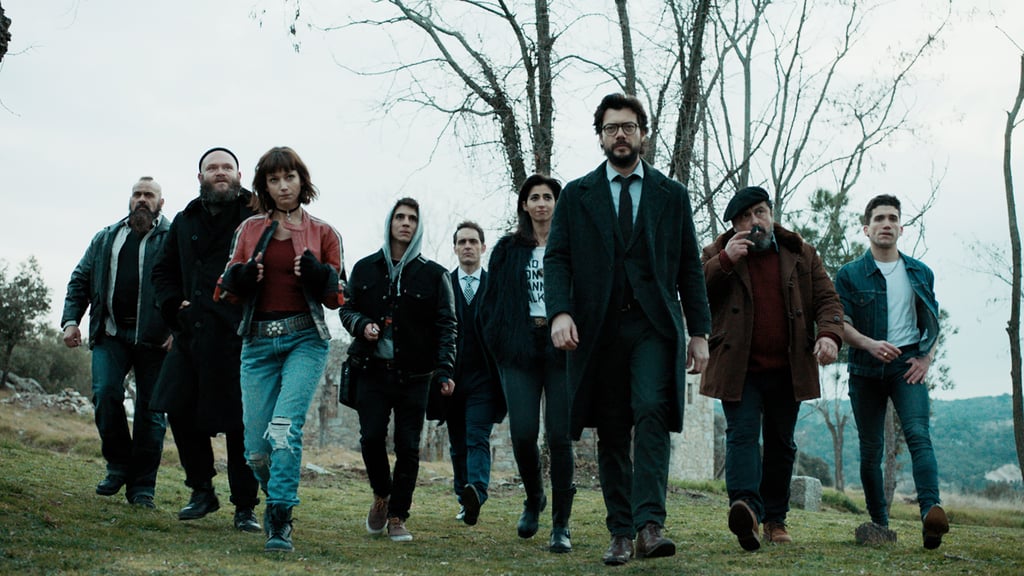 Netflix's hit Spanish heist show Money Heist is headed into its final season, and the fifth season will welcome two new cast members! Netflix revealed on Twitter who the new arrivals are for season five: Miguel Ángel Silvestre and Patrick Criado. Silvestre is best known for playing Sense8's Lito, while Criado has worked steadily in Spanish TV shows, but none that have broken through internationally as Money Heist has. Details about their characters remain under wraps, but in an interview with Entertainment Weekly, series creator Álex Pina implied they'll be antagonists to the crew: "We always try that our opponents be charismatic, intelligent, shiny. In this case, in pure war film genre, we also look for characters whose intelligence can measure up against The Professor's."

Pina also released a statement via Netflix on Twitter, hinting at the high stakes for the final season. "We've spent almost a year thinking about how to break up the band. How to put the Professor on the ropes. How to get into situations that are irreversible for many characters. The result is the fifth part of La Casa de Papel. The war reaches its most extreme and savage levels, but it is also the most epic and exciting season." A full cast announcement hasn't officially been made yet, but you can keep reading for a glimpse at who's most likely returning to finish out the series!