Netflix's thriller movie Hypnotic came just in time for spooky season, but it's still perfect creepy viewing any time of year. The film, directed by Matt Angel and Suzanne Coote, stars Kate Siegel and Jason O'Mara and takes viewers on an incredibly tense deep dive into the dark side of hypnotherapy. Since there are so many twists and turns, the movie's ending may throw you for a loop, so here's a full breakdown of what happens.

Where It All Starts

Jenn (Siegel) is struggling. She recently broke up with her fiance Brian (Jaime M. Callica) after they lost a baby. She's not working and is in a downward spiral, so her friend Gina (Lucie Guest) introduces her to her friend and therapist Dr. Collin Meade (O'Mara). Initially, it seems like Dr. Meade may just be hitting on Jenn — which she's not receptive to — but Gina eventually convinces her to see him for therapy. Once she visits him, she learns he uses hypnosis to help his patients.

Dr. Meade Is Up To

Dr. Meade encourages Jenn to invite Brian over for dinner one night to try to work through their problems. Unfortunately, she ended their relationship after she experienced pregnancy loss because she was shutting down. However, Dr. Meade finds that Jenn still seems to care about Brian and he seemingly wants to help them figure things out. However, on the evening of Jenn and Brian's Dinner, Jenn blacks out and awakens to find Brian having a severe allergic reaction to the dinner she made for them.

Brian ends up in a coma in the hospital, and Jenn mulls over how she could have possibly cooked him something he's allergic to when she knows his allergies intimately. Then, she has a breakthrough, realizing Dr. Meade hypnotized her and made her buy sesame oil to serve Brian and kept her under the spell while he struggled to breathe.

Jenn goes to Gina with her suspicions about Dr. Meade's duplicitous hypnotherapy, and after some convincing, she has Gina on her side. They do some digging and find that this is far from the first time he's been connected to mysterious accidents involving his patients, but because hypnosis is the root of the issue, the crimes haven't been pinned on him. After alerting the cops, Jenn decides to record one of her therapy sessions, but Dr. Meade is one step ahead of her.

When Dr. Meade puts Jenn under, she unknowingly tells him the truth — that she's recording him because she suspects him of being behind several deaths. As payback, Dr. Meade uses hypnosis to make Gina wreck her car with her husband in the passenger seat, killing them both. Dr. Meade also uses hypnosis to send one of his other patients after the detective on the case, Det. Wade Rollins (Dulé Hill).

In the meantime, Jenn starts to piece together some of the pictures she's seen in her head during hypnosis. She sees a new therapist, whom she hopes can correct some of the poison Dr. Meade has planted in her head. But when Dr. Stella Graham (Tanja Dixon-Warren) puts Jenn under, they quickly learn that Dr. Meade has planted a fail-safe in Jenn's head to prevent any other therapist from penetrating the commands he's planted. 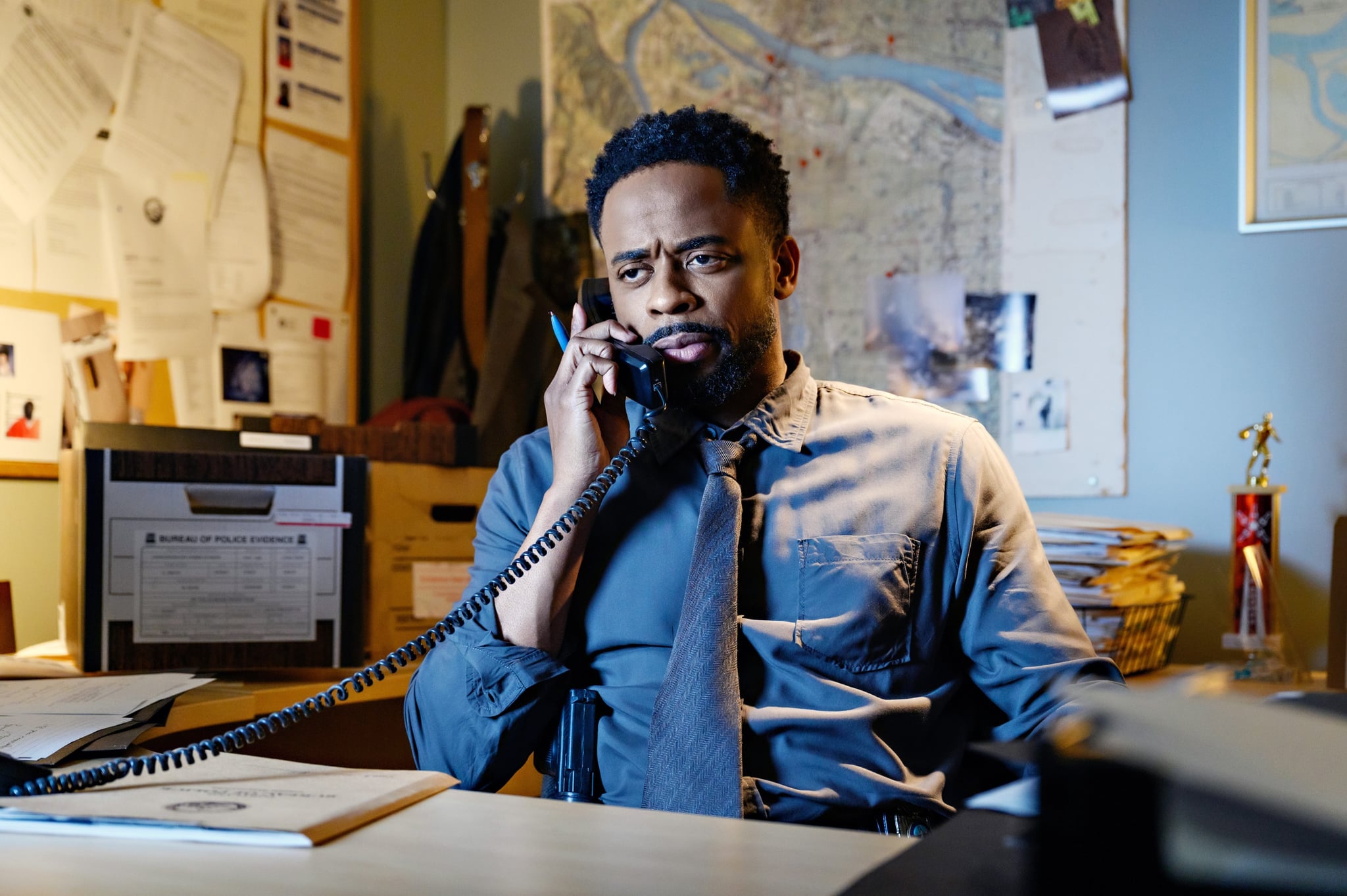 Jenn remembers that Dr. Meade told her about his mentor, and she recalls a house with an address from one of her hypnosis spells. She tells Det. Rollins that she's going to find the mentor to see if he can help her defeat Dr. Meade. When she gets to the house, though, she finds that the mentor is actually Dr. Meade's father, and his name isn't Meade at all. That's when Dr. Meade arrives and finds Jenn at the house.

Suddenly, Jenn wakes up in Dr. Meade's office and calls Det. Rollins to save her. But she soon realizes she's under Dr. Meade's spell again, and he's convinced her she's at his office when they're actually at his home, so Det. Rollins sends the police to the wrong place. Dr. Meade tells her that the reason behind everything he's done is that he wants to replace his dead wife. The previous women who died at his hands weren't quite right — aesthetically they were, but they all had something wrong with them. Then he discovered Jenn, and decided she was perfect.

The flashes of scenes she kept "remembering" were actually Dr. Meade's memories with his wife he'd planted in her head so she could eventually take over as his wife. Fortunately, Det. Rollins shows up, and the three end up in a tussle. Jenn manages to get Det. Rollins's gun while he and Dr. Meade are battling it out, and she shoots one shot before the screen goes blank. 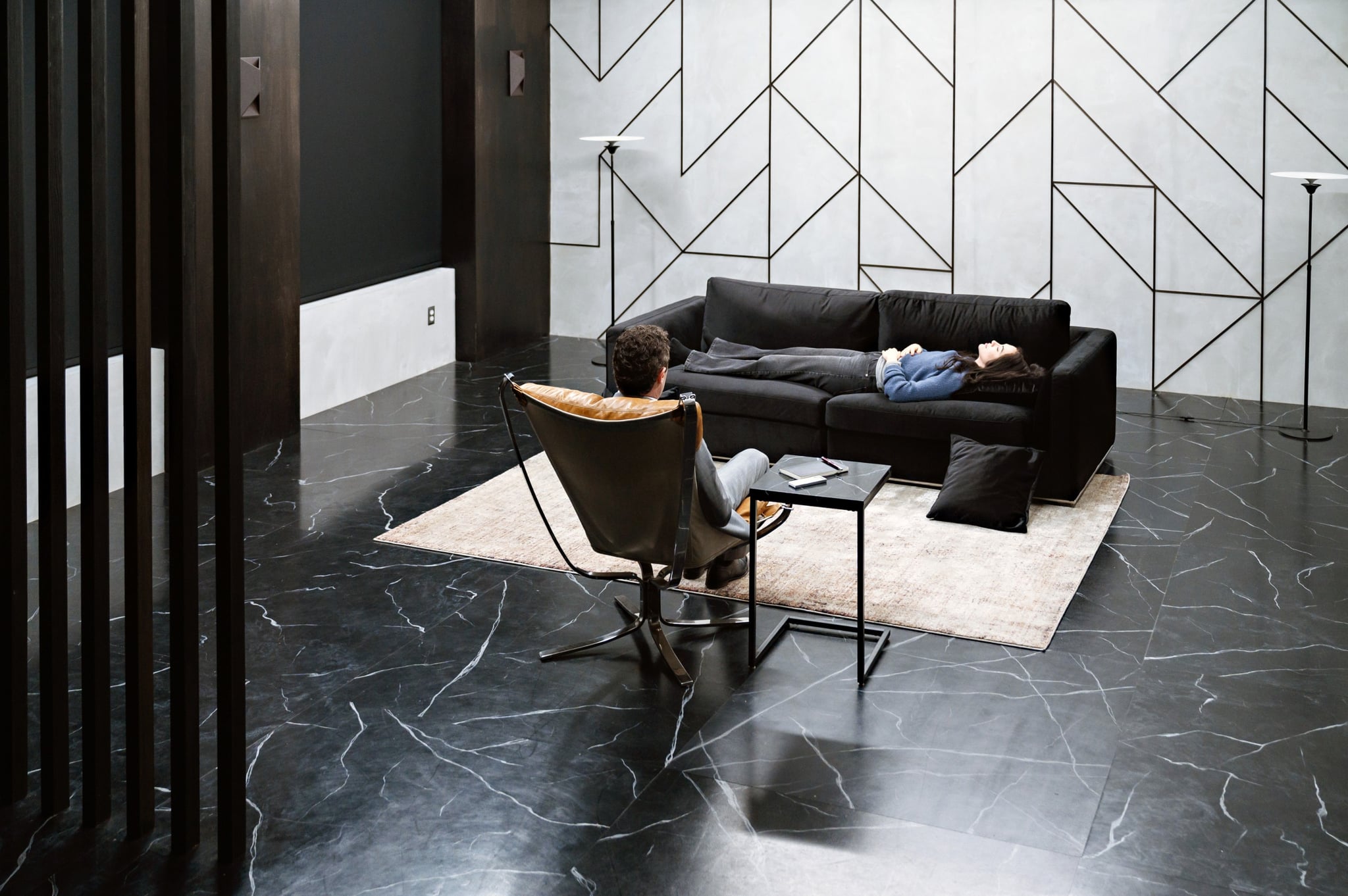 When Jenn wakes up on a couch, Det. Rollins is comforting her, reassuring her they'd taken care of Dr. Meade. But then Det. Rollins leans down and calls her, "My love," something Dr. Meade had called her in the session she recorded and played for Dr. Graham. Though her new psychotherapist told her she couldn't remove the commands Dr. Meade planted in her head, she did plant another command that would hopefully override the ones Dr. Meade planted. She commanded her to ignore any further instructions and see the real world around her if anyone called her, "My love."

When "Det. Rollins" called her that, she came to her senses — because she was hypnotized again! — and realized it was Dr. Meade who was holding her. She'd actually shot Det. Rollins. Jenn manages to get Det. Rollins's gun and shoot Dr. Meade, killing him once and for all.

Jenn Gets Her Happy Ending, Mostly

The ending takes place a month in the future, with Dr. Meade gone for good. Jenn seems to be doing well, though Brian hasn't been so lucky. He's still in the hospital in a coma, but now he has Jenn, who promises to be by his side when he wakes up. Later, Jenn visits Det. Rollins at his office. He's gotten a promotion, and he gives Jenn a gift as a token of his appreciation. The movie ends with her opening the gift and laughing: It's a CD about self-hypnosis. Good one, Det. Rollins!