One of the central mysteries of Netflix's epic superhero series Jupiter's Legacy is how the first generation of the Union of Justice received their powers. Switching between 1929 and present day, Jupiter's Legacy follows the story of the world's first superheroes and how their children struggle to live up to their legacy and expectations. After the stock market crashes in 1929, Walter (Ben Daniels) and Sheldon Sampson's (Josh Duhamel) father sets the events of Jupiter's Legacy in motion by jumping to his death in front of his son. Sheldon soon starts hallucinating visions of his father and places he's never seen before, including a rundown farmhouse and an island shrouded in mystery. Trying to reclaim some semblance of his sanity, Sheldon scribbles down what he sees but nothing makes sense until a visit from his best friend, George Hutchence (Matt Lanter).

It's George who's able to piece together what Sheldon has drawn, figuring that it is a map to something. The visit from George causes Sheldon to begin hallucinating once more and he's off on a journey to see what secrets the farmhouse holds. At the farmhouse, the owner tells him more about the mysterious island before killing himself in front of Sheldon. His death allows Sheldon to discover the home's secret basement, where the man's long-dead family sits around the table in a macabre scene. Here he hallucinates the images of Walter, George, reporter Grace Kennedy (Leslie Bibb), Sampson Steel-worker Fitz Small (Mike Wade), and a doctor he's yet to meet by the name of Richard Conrad (David Julian Hirsh). This part of his journey complete, Sheldon returns home to gather his crew and find the island.

With the help of George and Walter, Sheldon is slowly able to collect those needed to further the mission. Tensions are high as the group sets sail from Morocco and not long into their trip do they discover Richard as the sole survivor of a shipwreck. Just as everyone starts to turn on one another, spurred on by the belief Sheldon truly is crazy, the island suddenly appears. As foreseen by his visions, only Sheldon, Walter, George, Grace, Fitz, and Richard go ashore to see what is waiting for them. 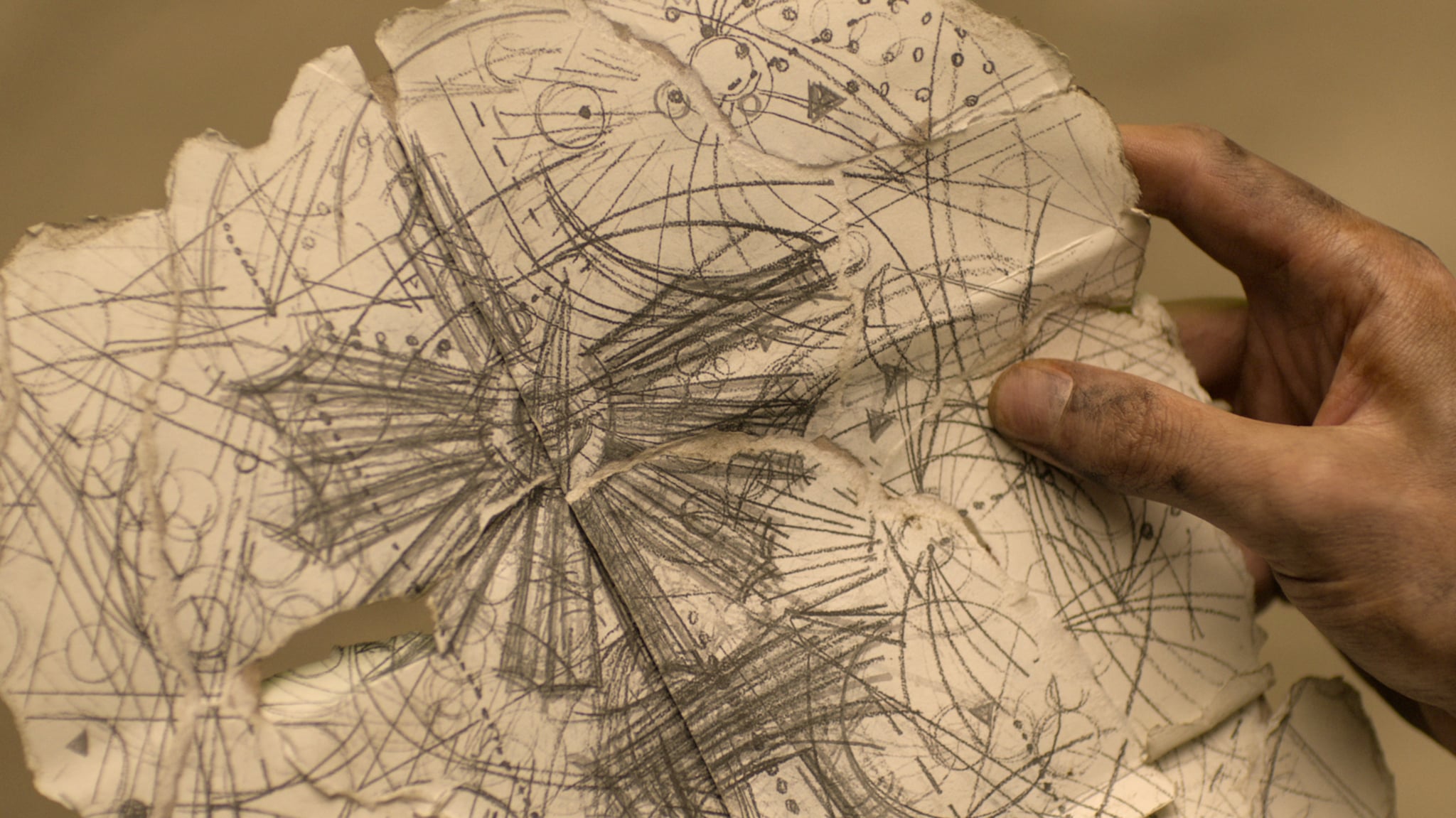 From the moment the chosen six set foot on the island, their resolve and stamina is tested. Through dense forest, living trees, snow, unending desert, and perilous heights, they finally make it to the island's center. Here they discover the remnants of groups from centuries past that had failed the island's tests by turning on one another, resulting in their deaths. Unlike those that came before, Sheldon, Walter, George, Grace, Fitz, and Richard are able to put aside their differences and discover a doorway to another world. The aliens that created the island appear to each member as the one person they wished could be in their life again, saying, "You have completed the ordeal. You have succeeded where so many others have failed. You have crossed untold distances, suffered unthinkable loss, yet you have prevailed. And you are found worthy."

The island disappears, but not before leaving its mark on the crewmembers of the ship that brought the chosen ones. In its wake are the newly superpowered Sheldon, Walter, George, Grace, Fitz, and Richard, complete with costume. All six are given the powers of superhuman speed, strength, durability, agility, stamina, sight, flight, and accelerated healing/decelerated aging. Now going by the moniker of The Utopian, Sheldon also receives enhanced vision, telepathy, and telekinesis. Grace, who later marries Sheldon, is known as Lady Liberty and can tell when others are lying. Despite almost causing the group's downfall, Walter is still considered worthy and earns the name Brainwave thanks to his mind-altering powers. The playboy of the group, George conjures up images of Batman with the name Skyfox and his penchant for technology. As The Flare, Fitz is able to harness the power of light energy as a weapon. Finally, Richard goes by the name of Blue Bolt and has the power rod which also him to transport anywhere. 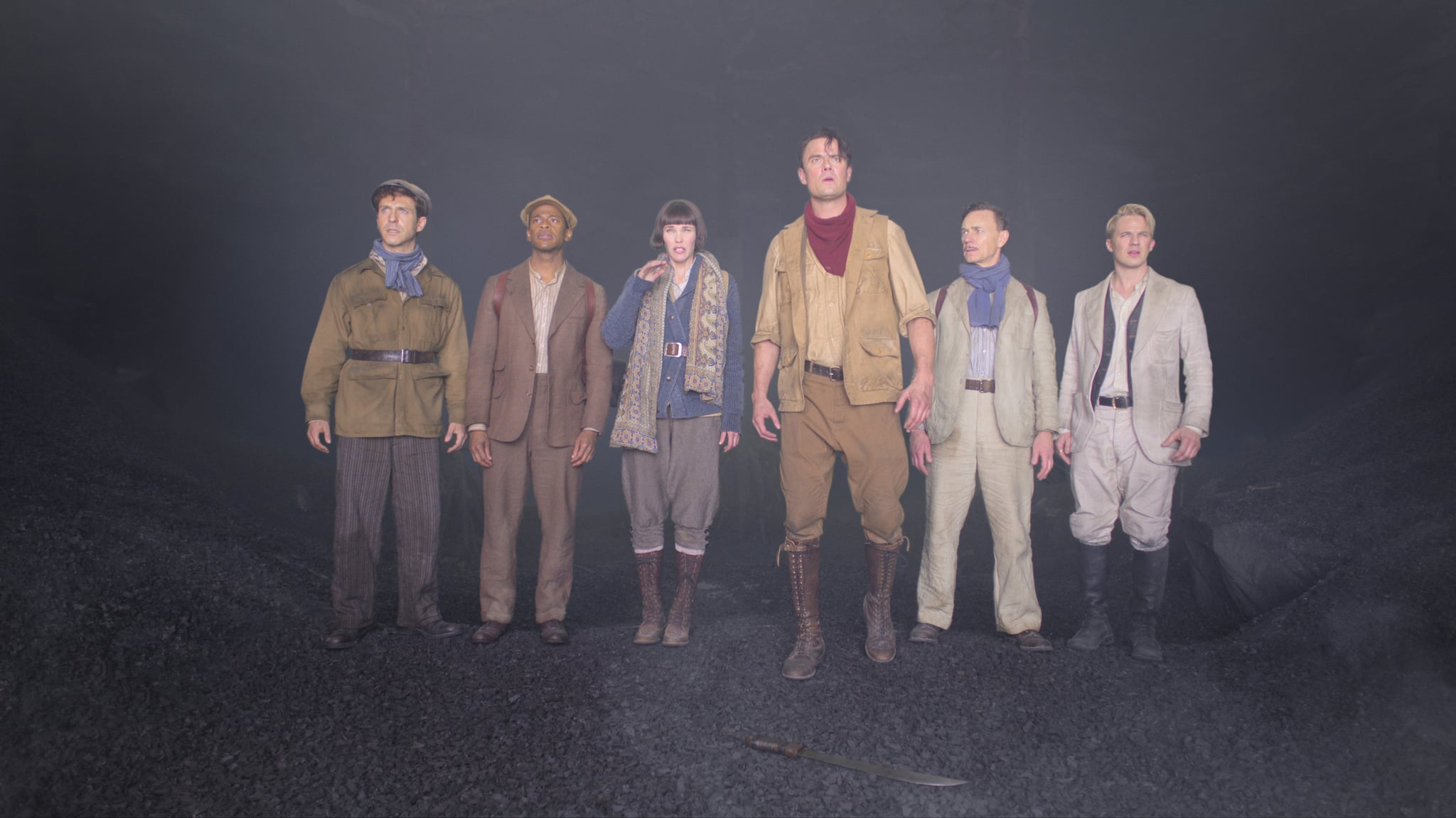