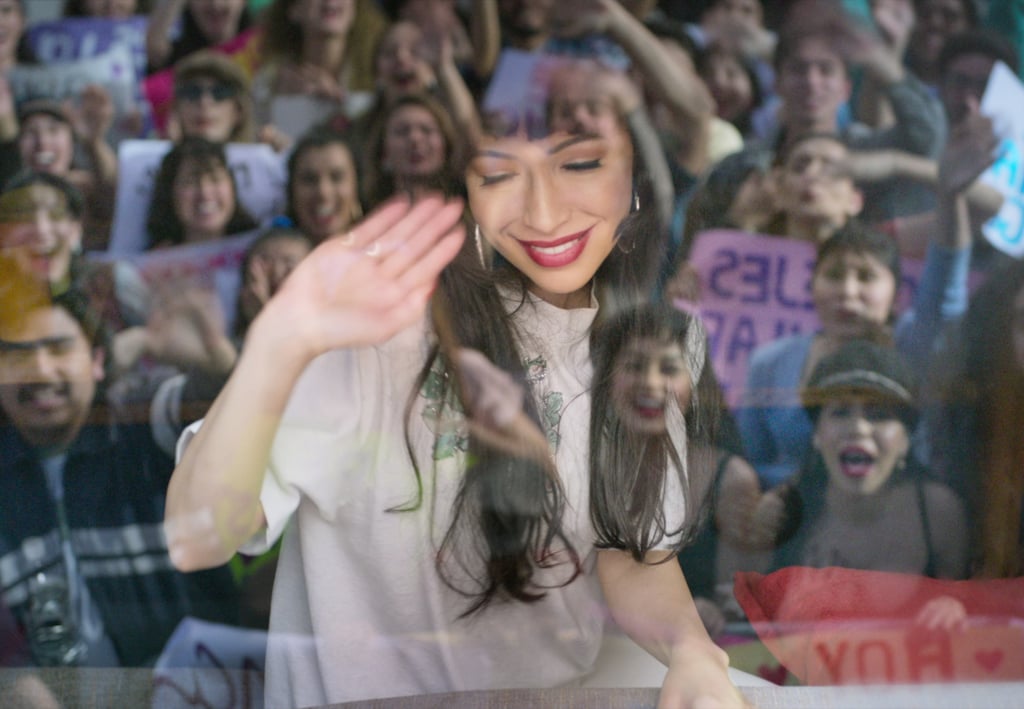 Netflix is giving us another look at Christian Serratos in character as Selena Quintanilla for its new show about the Tejano music legend, Selena: The Series. In the official trailer, we witness the singer's rise to superstardom, including glimpses of her childhood, iconic '90s attire, and performances of her biggest hits.

According to Netflix, Selena is a coming-of-age story that follows the singer "as her dreams come true and all the heart-wrenching and life-changing choices she and her family have to make as they navigate success, family, and music." Part one of the two-part series is set to premiere on Dec. 4 from executive producers Suzette Quintanilla, Jaime Dávila, and Rico Martinez, as well as Campanario Entertainment's Simran A. Singh and Moisés Zamora. The release date for the second part has yet to be announced.

Related:
10 Selena Songs That Deserve to Endlessly Be on Repeat

Quintanilla holds a place in history as one of the most beloved Mexican-American entertainers of all time. Later dubbed the "Tejano Madonna," Quintanilla won a Grammy in 1994 and still ranks as the bestselling woman artist in Latin music history despite her tragic murder in 1995 by her best friend and the president of her fan club, Yolanda Saldívar, who is serving a life sentence in a Texas jail.

In addition to Serratos, the cast includes Gabriel Chavarria (War For the Planet of the Apes) as A.B., Selena's older brother; Ricardo Chavira (Santa Clarita Diet) as Abraham, Selena's father; and Noemi Gonzalez (The Young and the Restless) as Suzette, Selena's sister and best friend. Watch the trailers for Selena: The Series ahead!