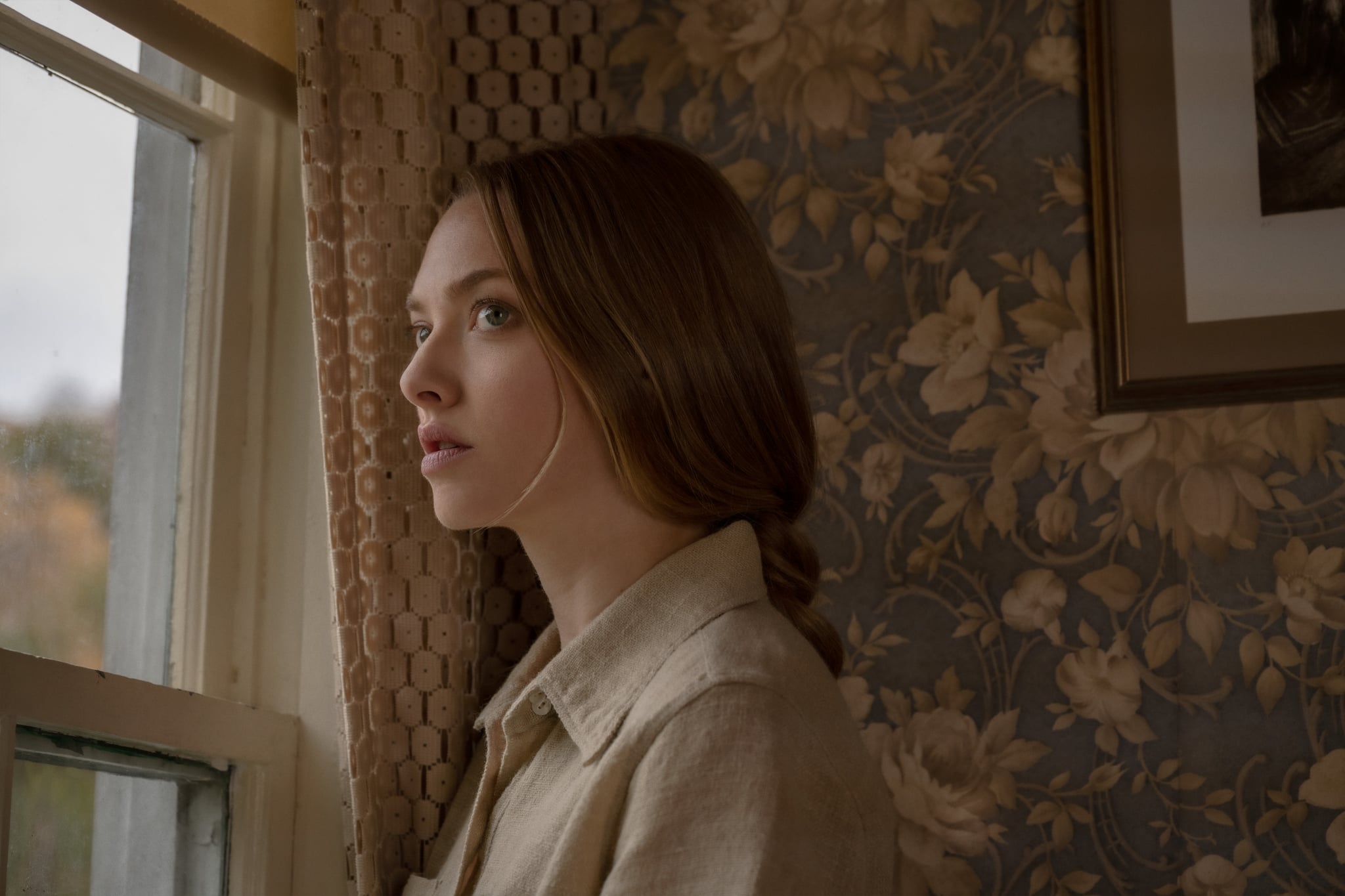 Image Source: Netflix
If you went in thinking you'd be able to fully comprehend Netflix's Things Heard & Seen because you'd read the Elizabeth Brundage novel it is based on, think again. The film — which premiered April 29 — sees the relationship between married couple George (James Norton) and Catherine Clare (Amanda Seyfried) begin to unravel after the family moves into an old farmhouse in Upstate New York. Eerie things begin happening at the house as Catherine realizes that George may not be all he says he is. These suspicions eventually result in her murder. Despite knowing who the killer is, the film's ending leaves us with more questions than answers.

George Clare takes a teaching position at Saginaw College and moves his family onto an old dairy farm in Upstate New York. It doesn't take long for his wife, Catherine, to start noticing odd things around the house. What Catherine doesn't realize, and George neglects to tell her, is that the previous tenants were the victims of a murder-suicide. The longer the family of three live in the house, the more dysfunctional their relationships become.

Unbeknownst to Catherine, George frauded his way into his professorship and has been having an affair with a 19-year-old named Willis. As George's lies come to light, the Clare family house feels as if it is trying to warn Catherine of her impending doom. Just as she makes the decision to leave George, taking their daughter Franny with her, he discovers her plan and murders her in cold blood.

The House Isn't Just Haunted by One Spirit

The film begins with this quote from Swedish theologian Emanuel Swedenborg: "This I can declare: things that are in heaven are more real than things that are in the world." His views on the afterlife and his book, Heaven and Hell, pop up frequently as Catherine tries to figure out what is happening at her house. It isn't until a seance is held at the Clare family home by George's colleague Floyd DeBeers that Catherine confirms she isn't "crazy." It's also during this spiritualist gathering that she discovers the very real spirit of Ella Vayle is not alone. Someone or something will not let Ella converse with the living, and Catherine is left wondering whether or not good will be able to triumph. 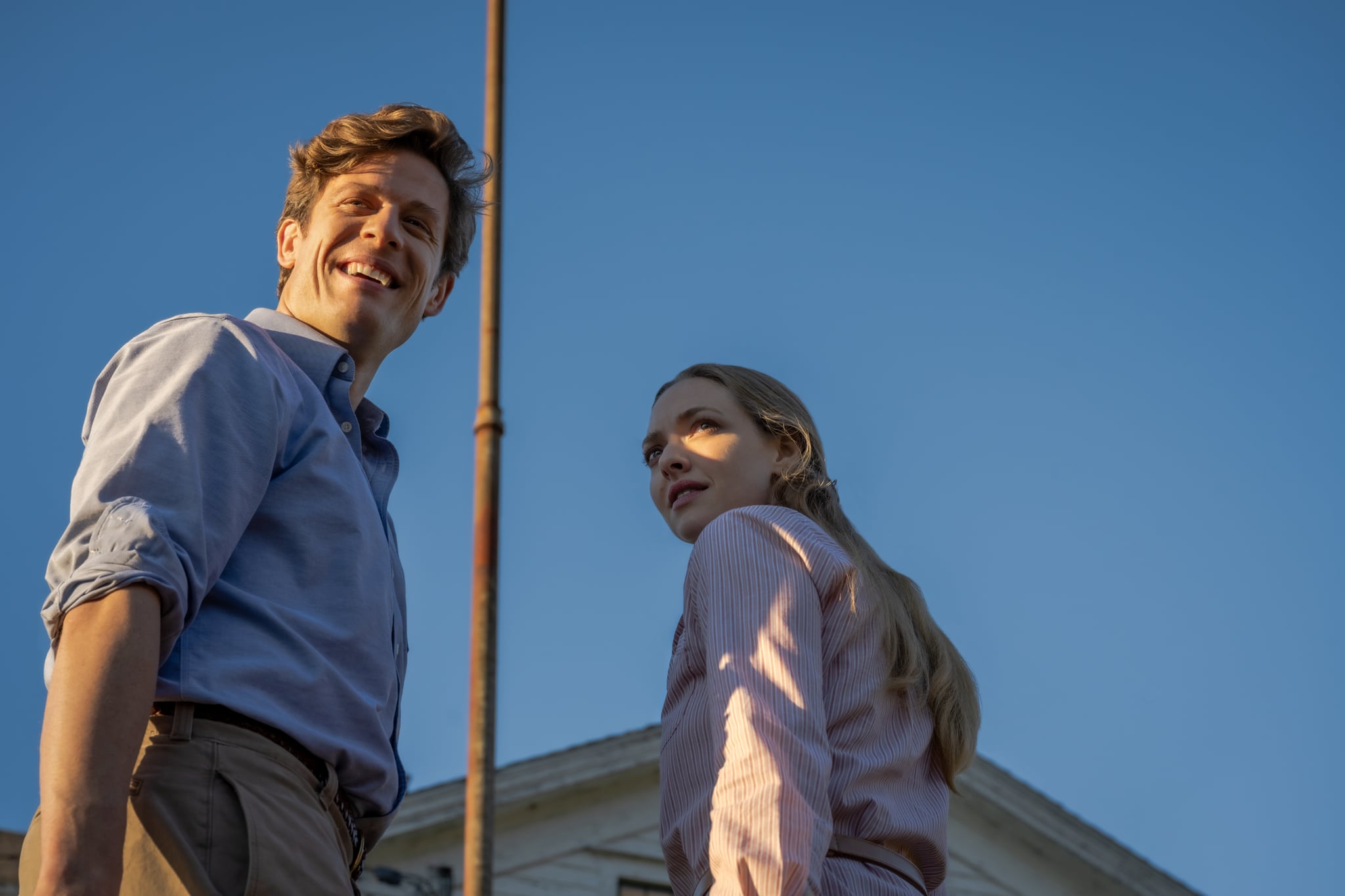 George Clare Has Killed Before

George is the kind of man that's used to having everything go his way, even if he has to kill for it. After it is discovered that he forged the recommendation letter needed to get the position at Saginaw College, all of George's lies come crashing down. While he's preparing Christmas dinner, his mother reveals that the watercolor paintings Catherine has been so fond of were actually painted by his late cousin who died by drowning. Because of George's unhinged nature and desire to get ahead without putting in the work, it's hinted that he may have actually been the cause of his cousin's death in order to steal his identity.

Seeing as George has likely killed before, getting rid of Floyd is the logical next step. Floyd tells George he has to report him to HR because of the fraudulent letter, and the next time we see George, he is soaking wet. Later, Floyd's death is confirmed on the radio, and a colleague of George's has to "break" the news to him. George also goes after Catherine's friend Justine, who he believes is the reason for all his misfortune, personally and professionally. He manages to run her off the road and put her in a coma, but she awakens just in time to tell him she remembers everything and knows he murdered his wife with an ax.

Although he manages to stave off suspicions at first, it becomes pretty clear that George is going to get what he deserves when it comes to Catherine's death. Justine wakes up in the hospital and leaves a cryptic message with George's mother, alerting him to the fact he couldn't get rid of her. Right before Justine wakes up, she's visited by the spirits of both Ella and Catherine, so that they may finally get some justice. This ties everything back to the Swedenborg quote from the beginning and the idea that even though they are gone, they are still very real. It also connects with what was said during the original seance and how "good always triumphs. If not in this world, always the next."

Realizing he will shortly be arrested for murder, George takes off in the Lost Horizon. It's unclear what his motives are for sailing off in the boat, but Ella and Catherine have other plans for him. A storm starts to brew as he gets further away from the shore, and with a flash of lightning, his surroundings become an eerie hellscape. While we don't see George's death, it's pretty clear that's what happens as the shot transitions to that of a painting with a boat entering hell amidst a sky featuring an inverted cross. Ella and Catherine also close Things Heard & Seen out in unison, saying, "Because of you, we are joined in spirit. Because of you, our powers grow. From tiny drops to an endless sea."

The final shot is of the ring Catherine finds near her sink, which she originally believes is Ella's. It turns out, the ring belonged to the "damned" wife of Reverend Smit and connected the women in the house. This suggests that it's her spirit trying to protect the women of the house from suffering the same fate as she did. Although she may not have succeeded, George's supposed death and the justice Justine gets for Ella and Catherine implies the cycle may be broken. 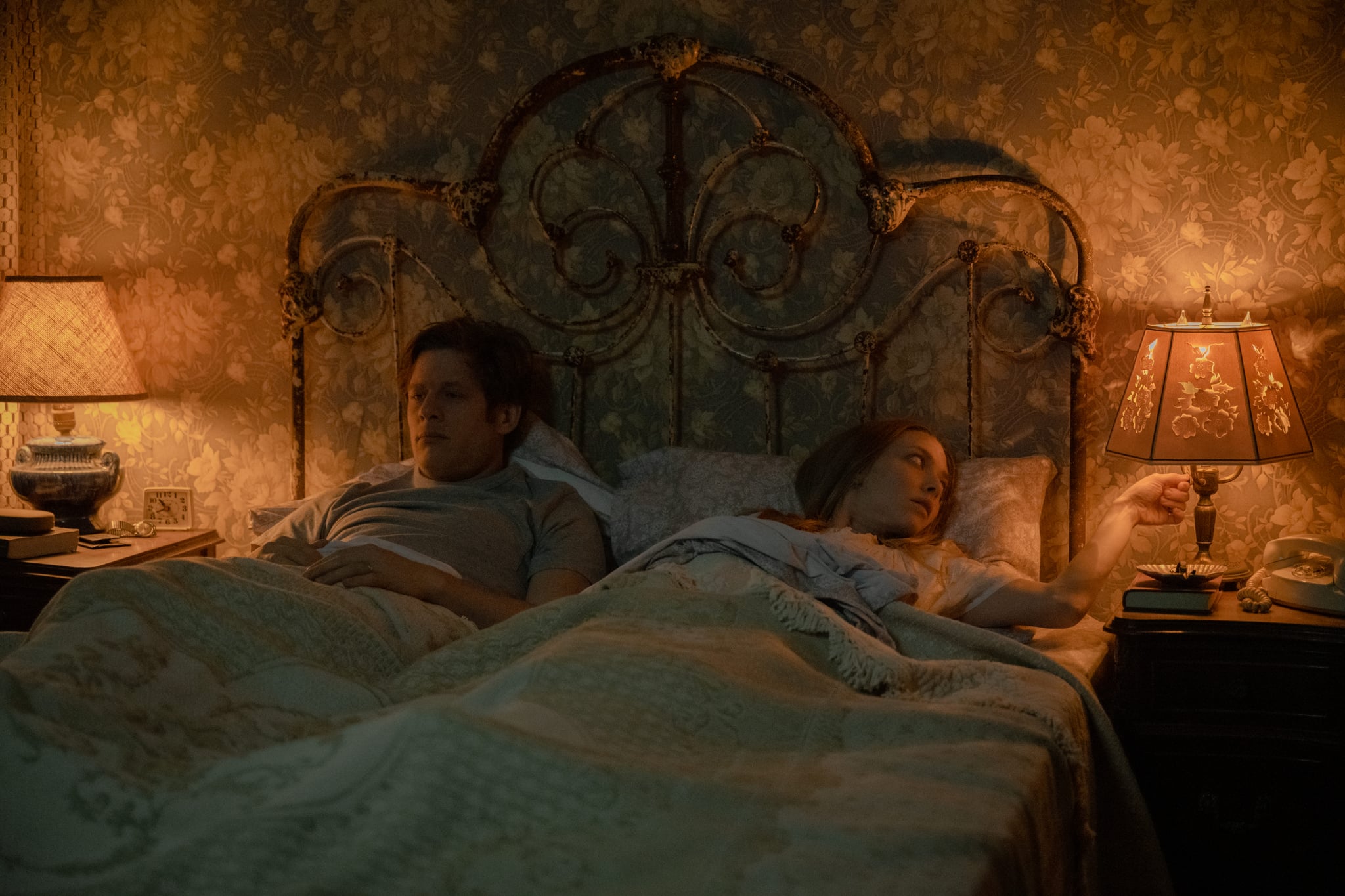