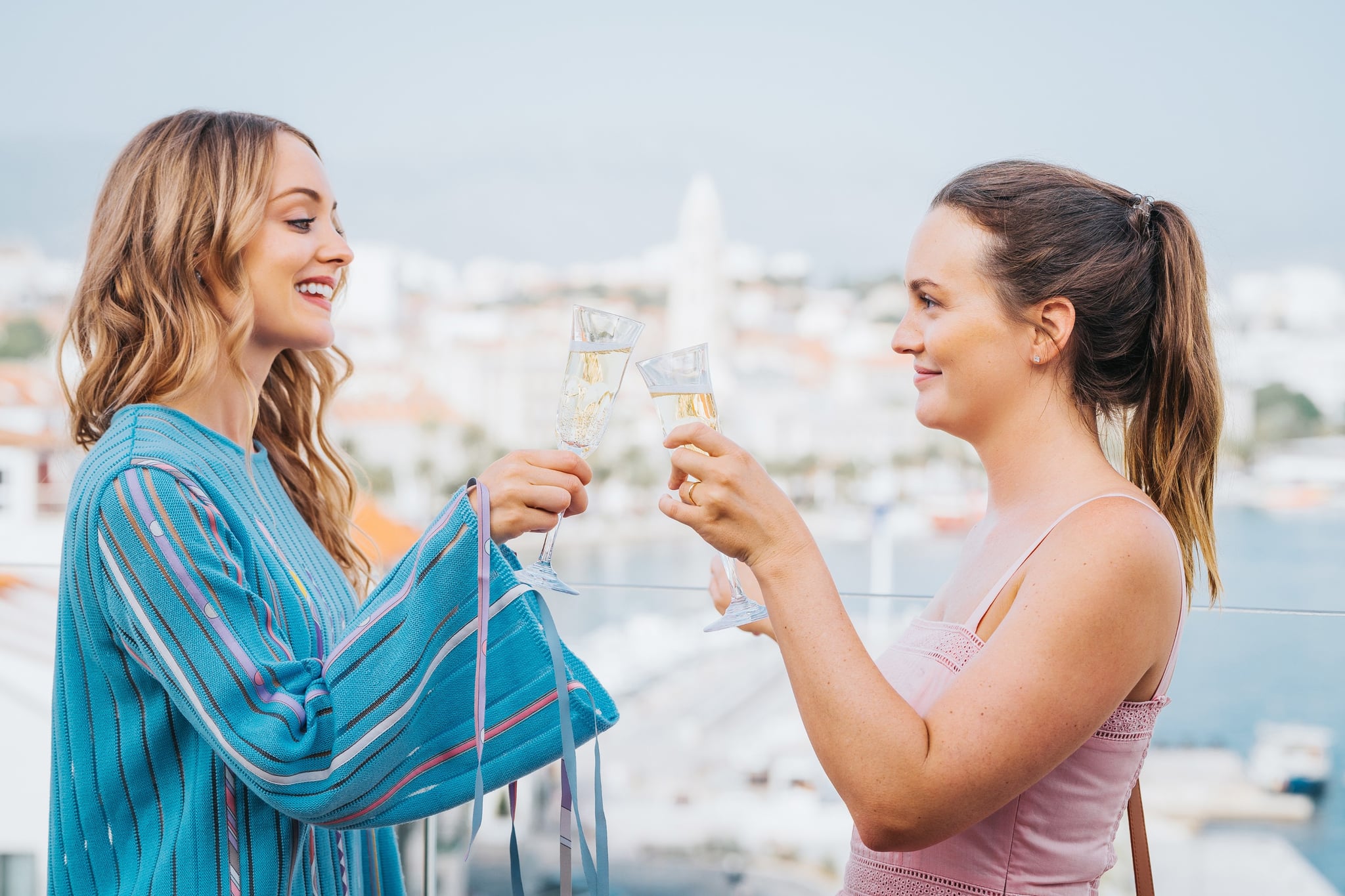 "The Weekend Away" on Netflix keeps you guessing the whole way through. The Netflix thriller is about two best friends who take a weekend trip to Croatia, but things go awry when one of them turns up murdered. The movie will have you questioning every character as you try to figure out who is guilty of murder. In the end, it comes down to a twist, because of course it does. If you want to skip to the end to find out what happens — whether you plan to watch the movie or not — here's everything you need to know.

How Does "The Weekend Away" Start?

Beth (Leighton Meester) just had a baby with her husband, Rob (Luke Norris), and her relationship with her best friend Kate (Christina Wolfe) has sorta fallen to the wayside. They decide to take a girls' trip to Croatia for the weekend and have some fun. They start the party at the apartment they've rented and then move the festivities to a club. While there, Beth makes it clear she doesn't want to drink anymore, but Kate tries to get her to live a little. They meet up with two men, and while Beth is reluctant to spend time with them, Kate insists. For Beth, it's all a blur from there until she wakes up the next morning and finds that Kate has disappeared.

Who Are the Suspects in "The Weekend Away"?

What "The Weekend Away" does well is it quite literally makes every person in the movie a suspect.

So who did it?

What Happened the Night Kate Went Missing in "The Weekend Away"?

Thanks to Sebastian's hidden cameras in the apartments, Beth finds that the two escorts did, in fact, come back to their apartment. They put Beth in bed because she'd passed out and then had some fun with Kate. But when Kate goes to shower, the two steal her things and leave. She chases after them, hailing a cab to follow them. But when she loses them in the street, she has the cab driver take her to the police station to file a report. While there, she meets Pavic, who conveniently didn't take down her report and never told his partner or Beth that he'd seen her. Sometime after this, Kate ends up dead in the water, only to be found a couple days later.

Beth figures the sequence of events out and accuses Pavic of hitting on Kate and then killing her when she rejected him. But before anyone can get a confession out of him, he falls to his death. After chasing Beth and attacking her, he trips on a rock and falls as she's screaming at him for killing her friend. It's then assumed that he's the murderer.

Beth returns home to London after being cleared as a suspect herself. But this is when things get interesting. When Beth gets Kate's belongings back, she tries to break into her phone to see if there are any clues about her whereabouts. Alas, the phone is Face ID protected. But when Kate's body turns up, Beth takes the opportunity to go to the morgue and use the body to open the phone and turn off Face ID. She sees dozens of missed calls from "Handyman." Beth dials the number, and, lo and behold, it's Rob. She flips over to the texts and shockingly finds that Rob and Kate had been having an affair, and Jay knew about it.

Beth tells Rob she knows about it, and he tries to blame her. He tells her that they hadn't been intimate in so long between the baby and Beth being depressed. He also claims it meant nothing. So naturally, after what happened in Croatia, Beth breaks things off.

So now we're at the end of the story, and Beth is bringing the baby to Rob before meeting up with Zain (a good guy all along!) when she finds a bead from Kate's necklace in Rob's coat pocket. She calls the police in Croatia before confronting Rob.

Who Murdered Kate in "The Weekend Away" and Why?

After Kate went to the police station, Pavic brought her back to the apartment and left. But Rob turns up to confront her about the affair. He wants to make sure she hasn't told Beth about them. Kate storms off to the waterfront, and the two get into an argument. Though in the present time, Rob tells Beth Kate was in love with him, the flashback to the night shows that Kate was actually telling Rob it was all a mistake and that she wants to be rid of him (and wants Beth to be too). He gets mad and pushes her, breaking her beaded necklace (which is how he ends up with one in his pocket). She falls and hits her head on a rock, and tumbles into the water. Rather than save her, he leaves, and she drowns.

Flashback to the present time, Beth flees the house with the baby as the police cars come screeching in to arrest Rob, Kate's real killer.

Now that was a roller-coaster ride!

Netflix
Will There Be an "Extraordinary Attorney Woo" Season 2? Here's the Deal
by Pallavi Bhadu 9 hours ago

The Tonight Show Starring Jimmy Fallon
Kenan Thompson Teases the "Good Burger" Sequel: "We're Working Harder on It Than Ever"
by Njera Perkins 10 hours ago