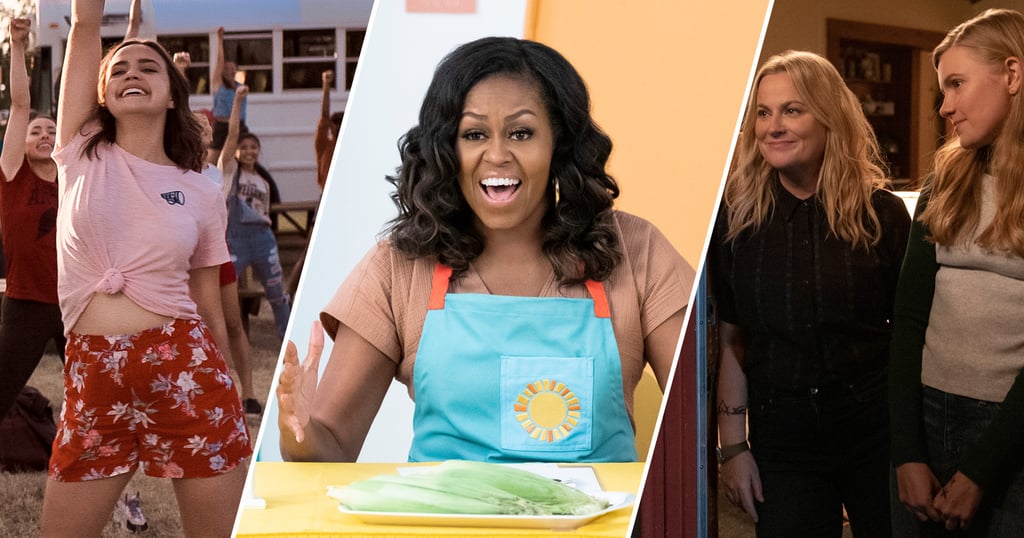 We hope you're ready to binge-watch, because Netflix has a ton of new titles coming your way in March. While the streamer is saying goodbye to a handful of blockbuster movies, in their place will be plenty of new Netflix original series, documentaries, and films. The documentary about the Notorious B.I.G.'s life and career premieres at the beginning of the month, while Jennifer Garner's heartfelt family comedy Yes Day and the new musical film A Week Away are set to premiere at the end of March. Plus, there are a handful of new series to get excited about, including The Irregulars. See what other titles you can look forward to watching next month ahead.

Related:
Over 70 Movies and Shows Hitting Netflix That Will Keep You Occupied All February Long
Previous Next Start Slideshow
NetflixTVMoviesStreamingNetflix Roundup

Award Season
Taraji P. Henson, Janelle Monáe, and More Stand Up For Abortion Rights at the BET Awards
by Njera Perkins 12 hours ago

Award Season
Jazmine Sullivan Urges Men to Rally For Abortion Rights at the BET Awards: "Stand Up"
by Kelsey Garcia 12 hours ago