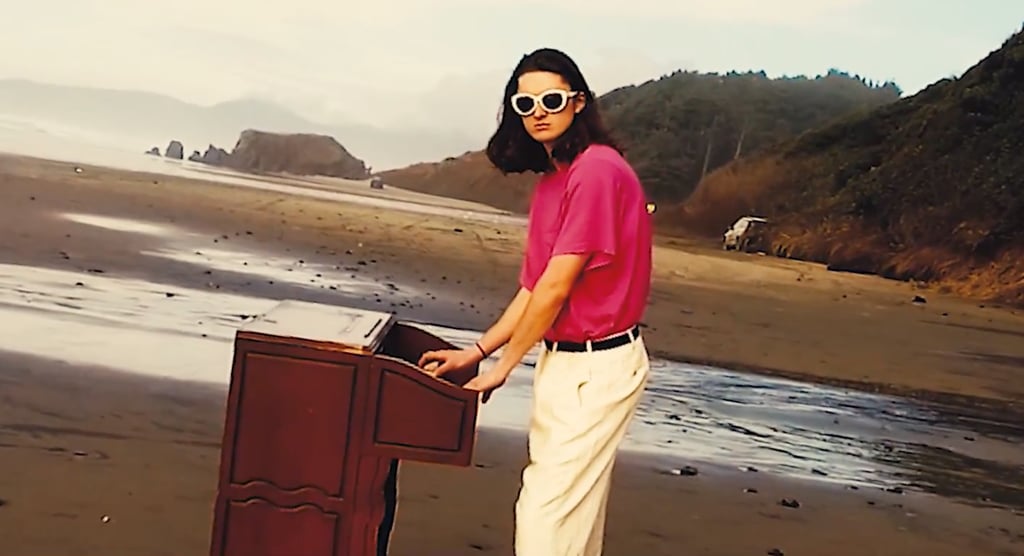 If you haven't heard of Nicholas Franchise, I wouldn't be that shocked. The singer, who's based in North Dunedin, New Zealand, currently has only a couple thousand listens on Spotify and less than 1,000 followers on Instagram. He actually wasn't on my radar either until my boyfriend luckily added his most popular song, "You Know You're Not Alright," to one of my playlists on Spotify probably a year ago. Long story short: I fell in love with the single instantly. It wasn't until recently, though, that I finally sat down to listen to his debut album, Setup. Boy, am I sure glad I did.

Franchise's songs are so damn catchy, I found myself playing them on repeat for a week straight. The only way I can think to describe his style is low-fi groovy. He's the sonic sibling of Mac DeMarco, with a sound like if an Arctic Monkeys record was left out in the sun too long. Songs like "Baby, Memory" (which includes a great music video of him dancing around a piano on the beach with a bottle of wine), the slower-paced "Right Now," and "Like Each Other" are not only cute as hell, but the lyrics are relatable and stripped down — as simple as "I think we're like each other, and that's the problem."

Since the album has me walking down the streets of New York bopping my head around to the guitar riffs — trust me, I'm not a head-bopping in public kinda girl, especially when it's 8 a.m. and I'm commuting to work — I figured I needed to spread the gospel of Nicholas Franchise. Keep reading to check out his most essential songs to see what I'm talking about.