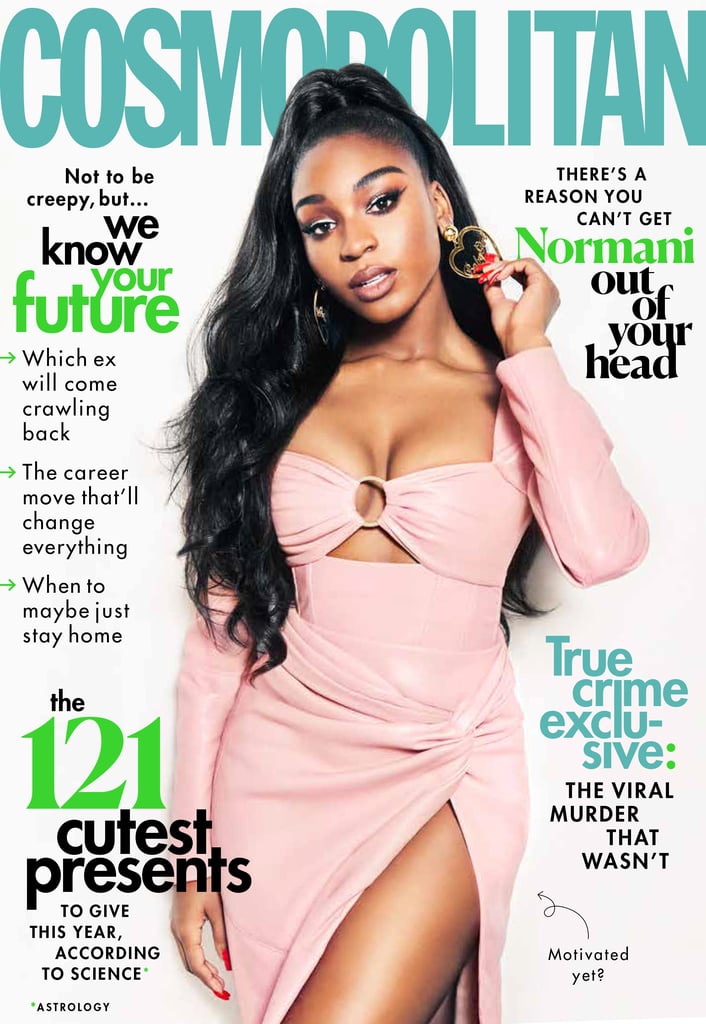 Normani's "Motivation" music video has a '90s reference at just about every turn, but paying homage to the artists who came before her isn't all she hoped to accomplish when she released the visual over the Summer. The Fifth Harmony alum covers the December issue of Cosmopolitan, where she spoke to the magazine about why she's on a mission to make sure all of her work properly reflects who she is as a Black woman.

"I told the director, 'I want this to be as Black as possible.' I was like, let's show Black culture," she said. "Why does pop music have to be so white? Why don't we make it a little bit more me?"

"Those women before me, I wanna finish what they started."

The music video, which dropped back in August, shows a young Normani watching BET's 106 & Park and imagining her own video premiering on the countdown show. It's a representation of how she and plenty of other Black girls spent their childhoods, but it was also her way of showing her appreciation for the successful Black women artists who paved the way for her. "Those women before me, I wanna finish what they started," she said.

Her idea of finishing what they started includes continuing to make space for herself and other Black creators. "I'm gonna make whatever I do Black," she said. "You'll know that I'm a Black girl, even if it's on the quote-unquote whitest record ever."

Related:
Someone Get My Inhaler, Because Normani's "Motivation" Video Has Me Gasping For Breath
Previous Next Start Slideshow
CosmopolitanMusicNormani KordeiCelebrity InterviewsCelebrity QuotesMagazine Covers

Harry Styles
Will Harry Styles Go on Tour For "Harry's House"? Here's What We Know
by Hedy Phillips 5 hours ago