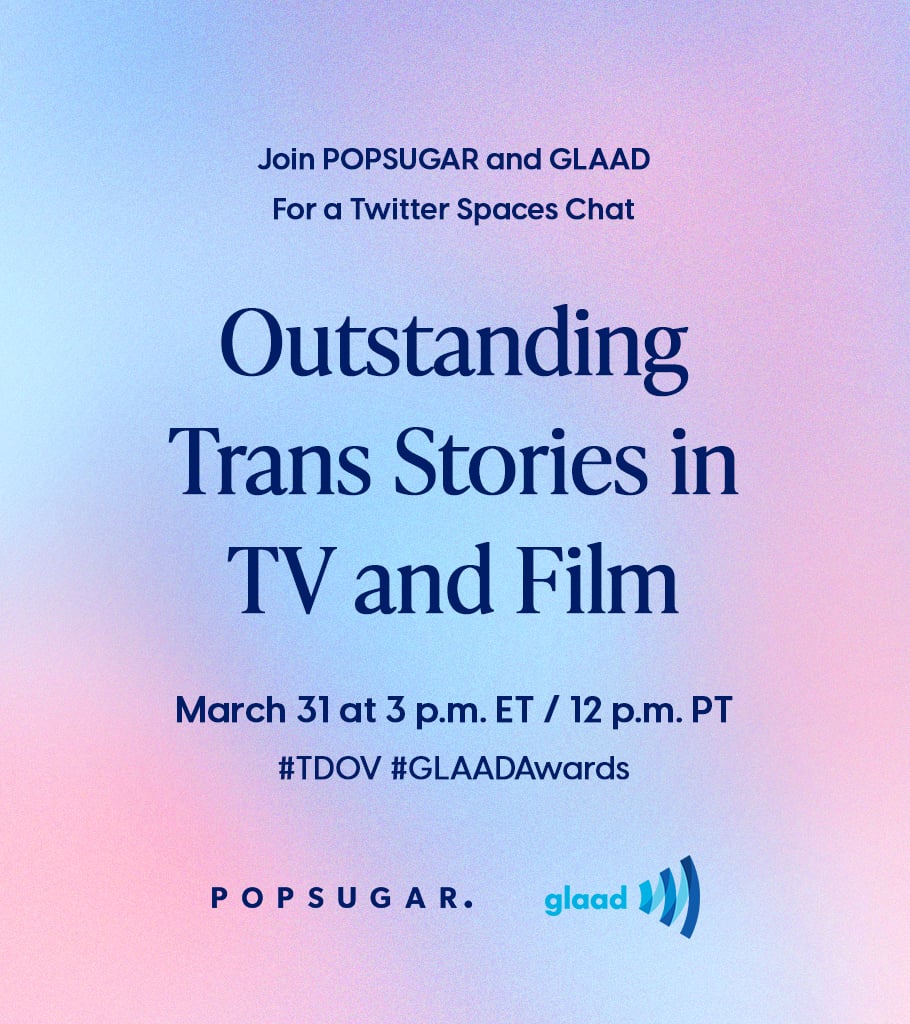 Image Source: POPSUGAR
With anti-trans legislation on the rise, seeing accurate and empathetic trans stories in media has never felt more urgent. In celebration of Trans Day of Visibility on March 31, POPSUGAR Standards and Ethics Editor Chris Roney and GLAAD Director of Trans Representation Alex Schmider are cohosting a Twitter Spaces discussion about trans representation in TV and film.

Throughout our conversation, we'll be celebrating some of the incredible trans-centered works nominated at this year's GLAAD Media Awards, which take place Saturday, April 2. From impactful documentaries like "No Ordinary Man" and Hulu Original's "Changing the Game" (of which Schmider is a producer) to binge-worthy series like Netflix's "Sex Education" and Amazon Prime's "With Love," trans stories are being uplifted and recognized for their excellence.

On Thursday, March 31, at 3 p.m. ET, you're invited to join us on Twitter Spaces along with special guests Isis King, writer and activist Raquel Willis, and stars of Showtime's "The L Word: Generation Q" Leo Sheng and Brian Michael Smith. We'll be talking about why the GLAAD Media Awards are so damn important, dishing on the best trans-centered TV shows and movies out right now, and unpacking the experience of being trans in the entertainment industry. Trans Day of Visibility is about the community being seen in all of its joy and complexity, and on March 31, we're shining a spotlight on the outstanding trans stories in TV and film.