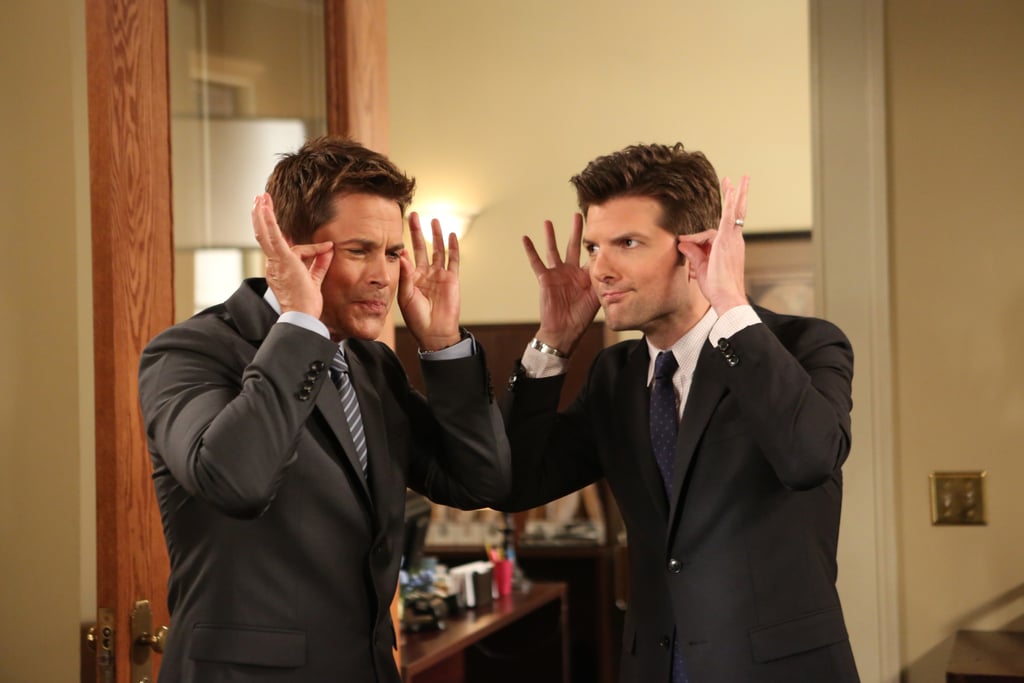 The Parks and Rec Cast Had a Mini Reunion, and We're Lit'rally Overcome With Nostalgia

Rob Lowe turned his guest-hosting gig on The Ellen DeGeneres Show into a mini Parks and Recreation reunion, and we're (*Chris Traeger voice*) lit'rally overcome with nostalgia. Lowe invited both Adam Scott (Ben Wyatt) and Kathryn Hahn (Jennifer Barkley) onto the show to reminisce about starring on the NBC sitcom, which aired from 2009 to 2015 and hosted a one-time-only reunion special last year to support Feeding America's COVID-19 Response Fund. Lowe first interviewed each costar separately before the trio played a game called Literally Local Laws, which challenged them to fill in the blanks on rather peculiar regulations in random cities across the country. Grab a plateful of whipped-cream-covered waffles and watch each adorable clip ahead to transport yourself right back to Pawnee, IN.

Related:
Life After Pawnee: See What Your Favorite Parks and Recreation Stars Are Up To!
Previous Next Start Slideshow
Rob LoweKathryn HahnParks And RecreationThe Ellen DeGeneres ShowTV