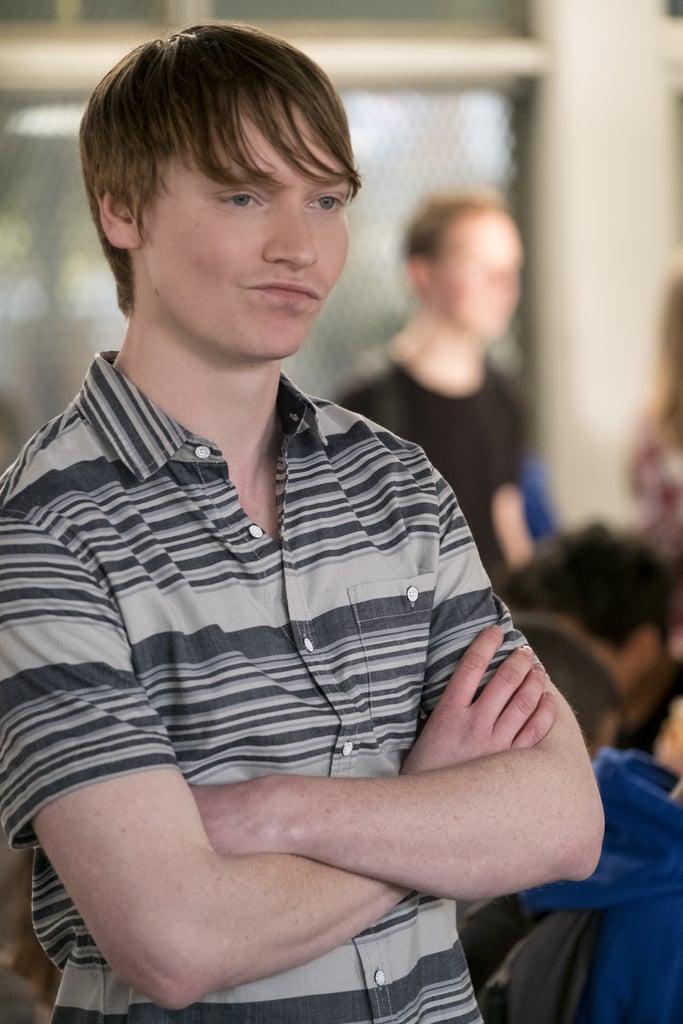 Next to Ms. Shapiro, Alex Trimboli is pretty much the villain of American Vandal. OK, "villain" might be too strong a word, but lying about getting a hand job from Sarah Pearson AND falsely accusing Dylan of vandalism? C'mon, Alex. Fortunately the rest of Calum Worthy's roles seem much less divisive. He's set to appear in the upcoming TV series Marvel's New Warriors and has also been in Lost Generation, Cassandra French's Finishing School, and Disney Channel's Austin & Ally.

Nostalgia
Miley Cyrus and Lil Nas X Re-Created a Hannah Montana Scene, and Their Acting Is on Point
by Yerin Kim 10 hours ago