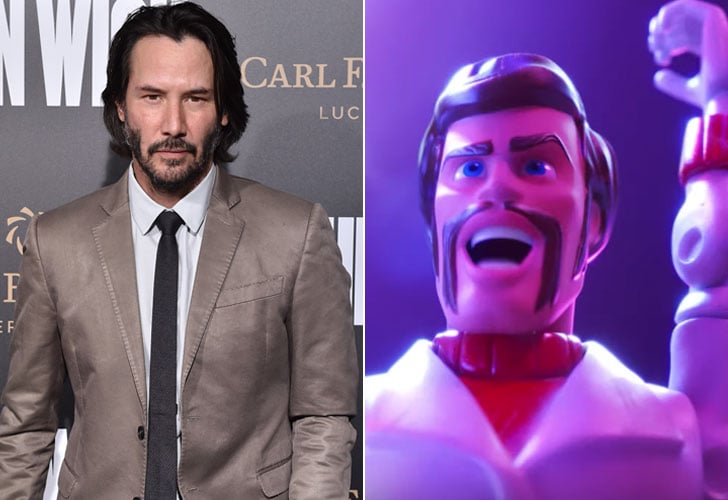 Keanu Reeves is playing Canadian toy Duke Caboom, who is an action figure from the 1970s. "Riding his powerful Caboom stunt-cycle, Duke is always prepared to show off his stunt poses with confidence and swagger. However, Woody learns quickly that Duke has an Achilles heel: He has never been able to do the awesome stunts advertised in his own toy commercial," Disney's official description of the character reads. "For years, Duke has been sitting in an antique store, constantly reliving the failures of his tragic past."

Tom Hardy
The Venom: Let There Be Carnage Trailer Woke Up and Chose Chaos, and We're Thrilled
by Grayson Gilcrease 5 hours ago