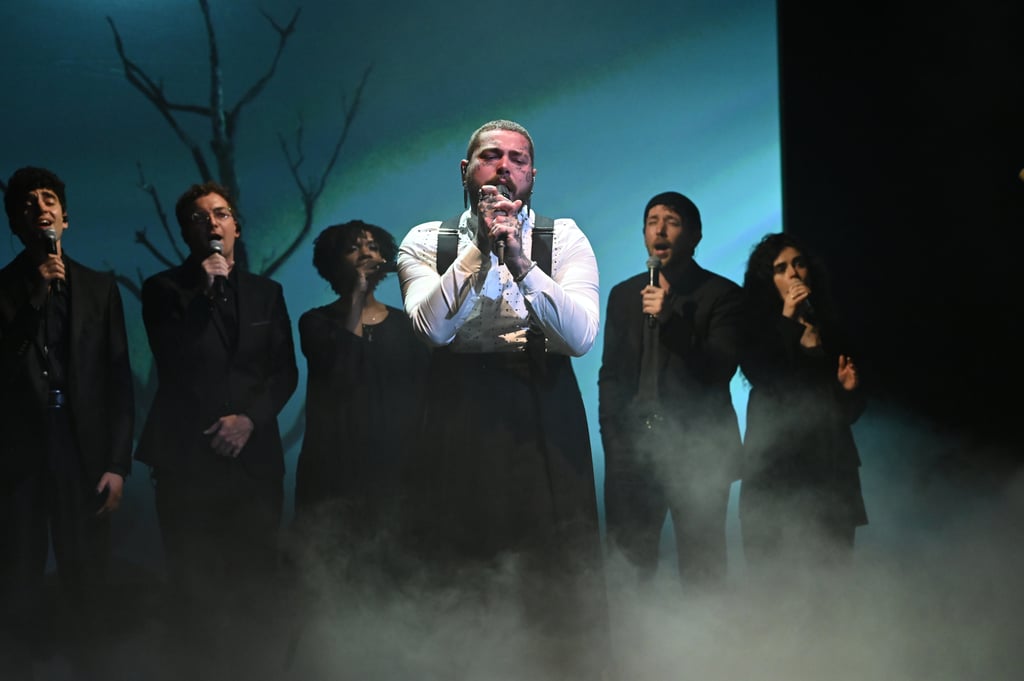 On Saturday, Post Malone made his "Saturday Night Live" debut just days ahead of the highly anticipated release of his new album, "Twelve Carat Toothache," which is set to drop on June 3. The soon-to-be father began with a performance of his recently released single, "Cooped Up," before debuting a new song, "Love/Hate Letter to Alcohol." His second performance proved to be the most emotional of the two thanks to the song's subject matter as well as the haunting backup vocals from Fleet Foxes.

In "Love/Hate Letter to Alcohol," Malone sings about a wild night out, which ends with a few missing teeth. "Last night I had 32 teeth in my mouth/Some went away," he sang. Later in the song, he seems to lament his complicated relationship with alcohol noting that while it ruined his night, it's the only way to "drown my sadness."

The intimate lyrics back up what Malone has previously said about his latest album being his most honest one to date. "That's what the whole record is about. It's the bipolar aspect and the duality of everything," he said in a recent interview with Apple's "The Zane Lowe Show." "And so, there's a lot of things very much so on this record that are tongue in cheek. And I think this whole record is the most honest record I've made, and I'm so pumped for people to hear it. But every song in there tells a story, so this is kind of like, 'Here's the life that we live, but there's always something going on in the background.'"

Related:
Post Malone Is "Pumped Beyond Belief" to Become a Dad

Check out both of the rapper's "SNL" performances in the gallery.