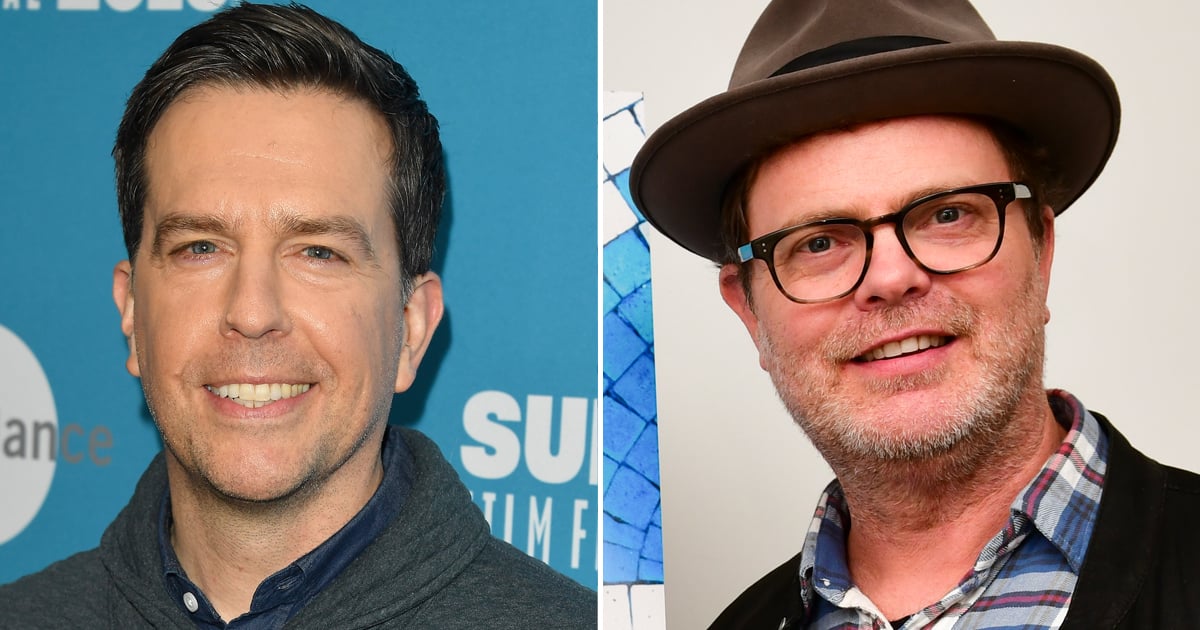 Rainn Wilson and Ed Helms just had a (virtual) The Office reunion! During the most recent episode of Wilson's "Hey There, Human" series on Instagram with SoulPancake, the pair sang a mini version of John Denver's "Take Me Home, Country Roads." Fans of the show will remember that Wilson and Helms's characters, Dwight Schrute and Andy Bernard, famously had a sing-off to the song on the show in an attempt to serenade Erin Hannon, who had recently started working at Dunder Mifflin. They may not have had a banjo and guitar to back them up this time, but something tells me this performance would have Erin insisting on an encore. New episodes of "Hey There, Human" stream live every week day at 12 p.m. PT/9 p.m. ET on the Soul Pancake Instagram channel. Ahead, see the Office alums discuss what they used to do in between takes on the show, and watch them sing their latest version of "Take Me Home, Country Roads."