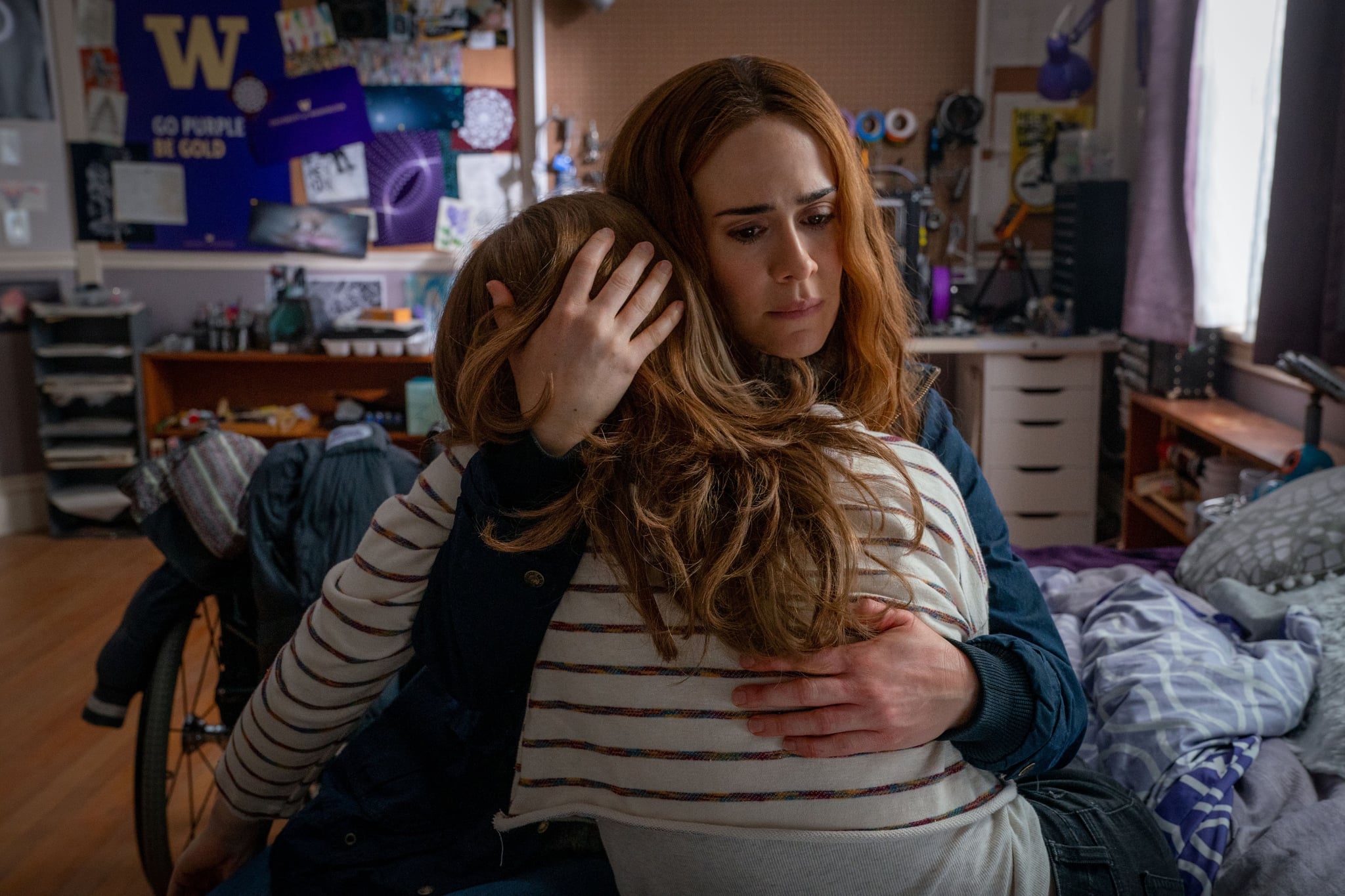 Hulu's horror-thriller movie Run is a success thanks to blink-and-you-miss-it moments, nerve-wracking performances by both Sarah Paulson and Kiera Allen, and an unexpected twist ending. If you haven't seen it but really just want the spoilers, here's what to know: Chloe (Allen), who is paralyzed from the waist down, slowly discovers her mother might be the reason behind her disability. Diane (Paulson) is a sinister character who stops at nothing to continue to make her daughter ill, giving her unidentified green pills that turn out to be canine muscle relaxants, hiding her awaited college acceptance letters, and eventually trapping Chloe in a basement when she begins to question her mother's motives.

What Are the Twists in Run?

As Chloe embarks on her journey to discover her past and her mother's evil intentions, visiting a pharmacy to find out about her pills, flagging down a mailman, and even drinking poison to force her mother to take her to a hospital, Diane fights back with full force. Diane injects Chloe with sedatives, traps her and chains down her wheelchair, kills the mailman, and kidnaps her from the hospital. Then there's the big reveal: Chloe finds papers that show Diane's biological daughter died just hours after birth. Chloe was in fact stolen from the hospital as a baby, and pictures show that she could walk as a child. Chloe is victim of Diane's factitious disorder imposed on another, otherwise known as Munchausen syndrome by proxy. When Chloe finally escapes Diane's clutches, her mother falls down a giant flight of stairs.

How Does Run End?

Fast-forward to seven years in the future. Chloe can now walk with the assistance of cane, getting out of her wheelchair sparingly. She regularly visits Diane at the infirmary ward in prison. Diane is bedridden, and at first, it seems that Chloe is taking care of her. She calls her "mom," and tells Diane about her happy life: she is married, has a child, and has started an exciting venture developing children's prosthetics. But we quickly find out this isn't a sweet story of forgiveness: Chloe takes out the same green canine muscle relaxants once used on her, and forces it on Diane: "I love you, Mom. Now, open wide."

What Does Run's Ending Really Mean?

Diane is now victim to Chloe, and this becomes a story of revenge. With this last scene, Chloe is neither a saint or a martyr, she is simply exacting the same treatment on Diane that she received her entire childhood, which will have lifetime repercussions. As so many movies would try paint this as a story to learn from or be inspired from, this film doesn't fall for stereotypes or quasi-inspiration. Chloe was deeply wronged by the woman she saw as a mother, and likely feels justified in punishing her.

Moreover, this film also makes a clear comment on the cyclical nature of abuse and trauma. Paulson spoke about this on an episode of Collider Ladies Night, talking about how Diane herself was a victim of abuse and neglect by her own mother, and how her behavior to Chloe is "a somewhat twisted, but initially valiant and probably somewhat pure effort to do the very thing that was never done for her, which was to give the utmost care and attention to her child." She continued, describing how Diane "needing to live in some kind of seclusion and all the secrecy, that is connected to having taken a child that was not hers biologically. But what she did to Chloe, I think she would have done if the child had been hers."

All in all, Run's ending is inherently polarizing, but its final twist is meant to be thought-provoking towards the idea of justice and lead to crucial discussions about both abuse and disability.