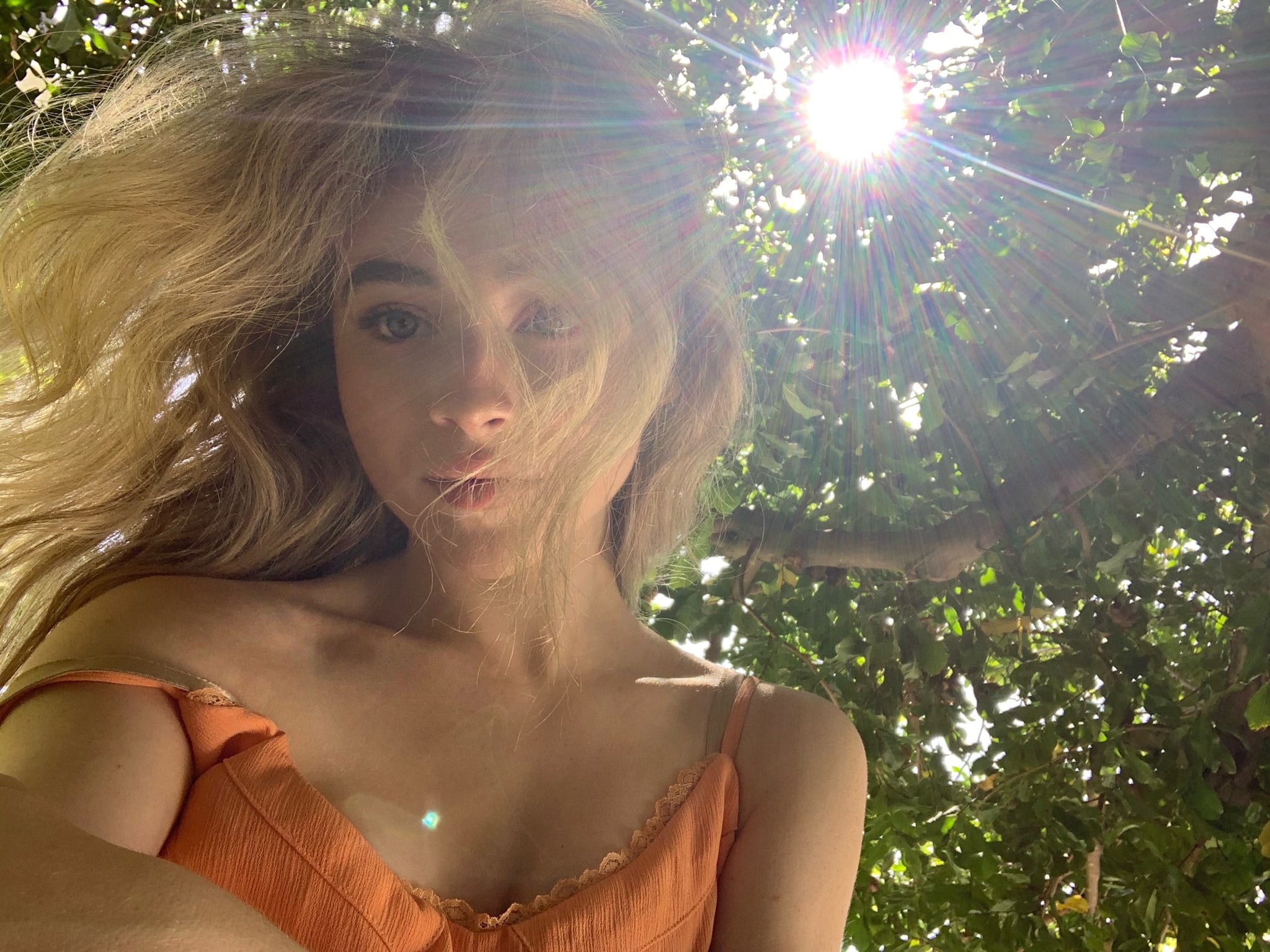 Sabrina Carpenter is hitting the road and pulling at our heartstrings in her new film, The Short History of the Long Road. The drama — which premiered on June 15 — follows the life of teenager Nola (Carpenter) whose nomadic lifestyle takes a turn following a tragedy. "It feels like a light that no one's seen me in before and a story that isn't told often for a young girl," Carpenter told POPSUGAR. "And it's a project that I have the fondest memories of making."

In honor of Carpenter's latest movie, we spoke with the actress as part of our new Q&A series, Last Call. Keep reading for more on Carpenter's time filming The Short History of the Long Road, her 21st birthday, what she's been listening to, and more.

Related:
Sabrina Carpenter Is a Pop Legend in the Making, and These 37 Videos Prove It

POPSUGAR: What's the last show you watched on Netflix?
I think it was New Girl. I've been watching a lot of that recently.

PS: What was your last day on set of The Short History of the Long Road like?
It was very special because it was actually my 19th birthday and we filmed in White Sands — this national park, which is literally just white sand, and it looks like you're on another planet. It looks like you're on Mars, even though Mars is red, but that's beside the point. It was the most magical end to a shoot that I think I've ever experienced. It was really beautiful. The sunset looked like it was painted by Vincent van Gogh, and it was really stunning. I'll never forget that last day of shooting.

PS: What's the last thing you texted?
I said to my sister, "Let me in the door."

PS: What's the last thing you had to drink?
An iced latte with oat milk.

PS: What's the last photo on your camera roll?
Me yesterday at the protests with one of my best friends, Corey.

PS: What's the last thing you do before going to bed?
I turn on my little star projector. It helps me fall asleep. I have a very cluttered mind — I don't know why, probably just the many things we deal with being 21 — and so it takes me a long time to shut my mind off before going to bed, so the stars are helpful.

PS: What's the last trip you went on?
A weekend getaway to Joshua Tree, which was really fun. I wrote some music with friends.

PS: What was the last gift you received?
I just started getting into jewelry. My whole life, I was like, "I'm going to lose it. There's no point." But now, I'm like, "I need to have some hand-me-downs for the grandkids and heirlooms." So, I'm going to try to find pieces that are really special to me. One of my best friends, Joey, gave me a ring for my birthday, which is very special. 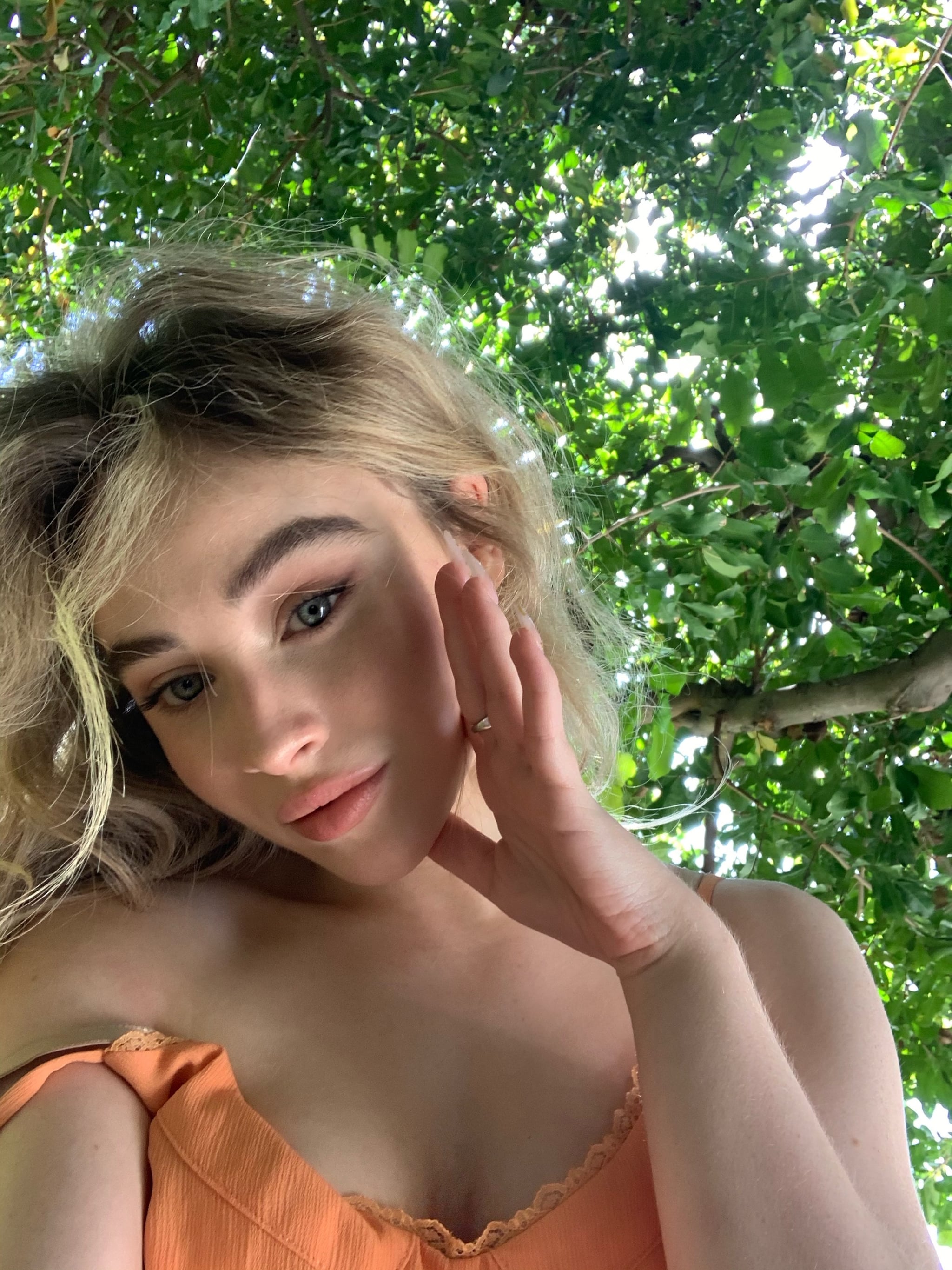 PS: What's the last thing you took home from a set?
Probably a bra. I literally take — this is bad, I don't want to have a reputation for this — but I take a bra from almost every set of every movie I work on because I'm really bad at finding bras for myself and our costume designers are really good at finding bras that I like. So it was probably the bra I took home from Clouds, which was the last movie I filmed.

PS: What's the last beauty secret/tip you learned that you always do now?
I wouldn't say there's a technique or something, but I honestly think it's just "less is more" for me lately. This whole quarantine has made me feel that — just embracing my natural skin. I have a lot of freckles naturally, which a lot of people don't know because it doesn't take much for them to be covered. But, more recently, I haven't been wearing as much makeup. Sometimes, I'll do it for fun, but, yeah, less is more. Also, the blush on the nose thing right now is hilarious to me because it's something I never thought about, but I'm very pale, so it gives me a little bit of color, which is always helpful. So I've been doing a little blush on the nose.

PS: What's the last song and album you listened to?
"Good News" by Mac Miller and Ungodly Hour by Chloe x Halle.

PS: What was the last song you sang in the shower?
"Crazy" by Patsy Cline. It was one of the first songs I learned when I was 8 years old, and I think the road trip to Joshua Tree made me listen to some oldies.

When's the last time you did something for the first time?
I drank too many shots of tequila on my 21st birthday — hadn't done that before!

PS: What's the last thing you searched for on Google?
I was looking up this baby meme, which is really telling of me.

PS: What's the last book you read?
Just Kids by Patti Smith, which is a great book that I recommend for everybody.

PS: What was your last workout?
Squats. Just a lot of squats. I'll get into these phases where I don't work out for a long time and then I'll look at myself and be like, "Oh, honey, you need to do something." So I'll find videos online of quick little workouts and then I can be like, "Alright, I did it!"

PS: What's the last piece of advice you received that changed your life?
It's funny how in the moment, we can think the smallest of things are the end of the world, but in a few months, a few weeks, maybe even a few days, we will look back and laugh about those times or be able to say that we took something away from it. Every feeling that we've ever experienced is beneficial in some way, shape, or form. No feeling is ever useless. I've had some friends and family instill that in me recently, which has been really eye-opening.

Watch Sabrina Carpenter in The Short History of the Long Road on these streaming services.