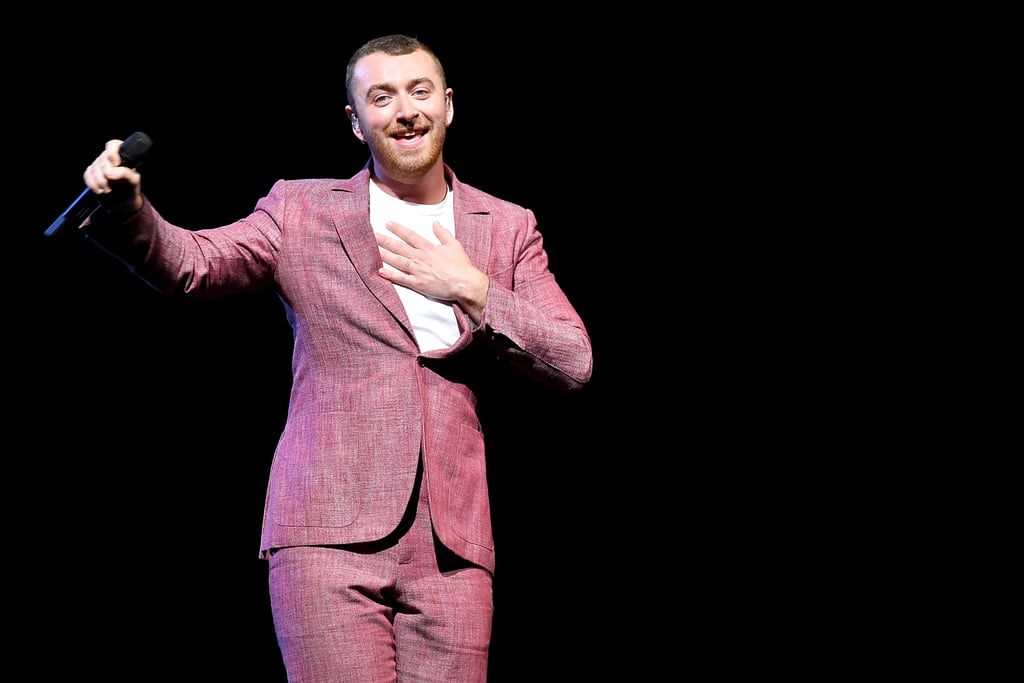 If You're in Need of a Little Cheer, Watch Sam Smith's Soulful At-Home Performances

Sam Smith is spreading joy through music amid the coronavirus pandemic. During this sensitive time, celebrities are using their platforms to brighten the lives of others by streaming their at-home concerts on social media. Smith has already treated us to not one, but four beautiful acoustic performances, including Jackie DeShannon's "What the World Needs Now Is Love and "How Do You Sleep?," which was featured in iHeartRadio's Living Room Concert.

Smith was set to release their third studio album, To Die For, in May, but they recently announced that they will be postponing it, as well as changing its title altogether. "Firstly I want to send love and strength to everyone who has been affected by this situation. I hope you are all alright during this incredibly weird, upsetting and unprecedented time," Smith wrote on Instagram. "I will be renaming my album and pushing back the release date — both of which are to be confirmed at this time. Don't worry though, there will be an album this year, I promise! But until then I am still going to bring out some new music over the next few months, which I'm incredibly excited about." While we wait for more updates on Smith's upcoming album, see all of their at-home performances ahead.

Related:
From Justin Bieber to Rihanna, Stars Are Giving Back During the Coronavirus Outbreak
Previous Next Start Slideshow
Sam SmithCelebrity InstagramsMusic