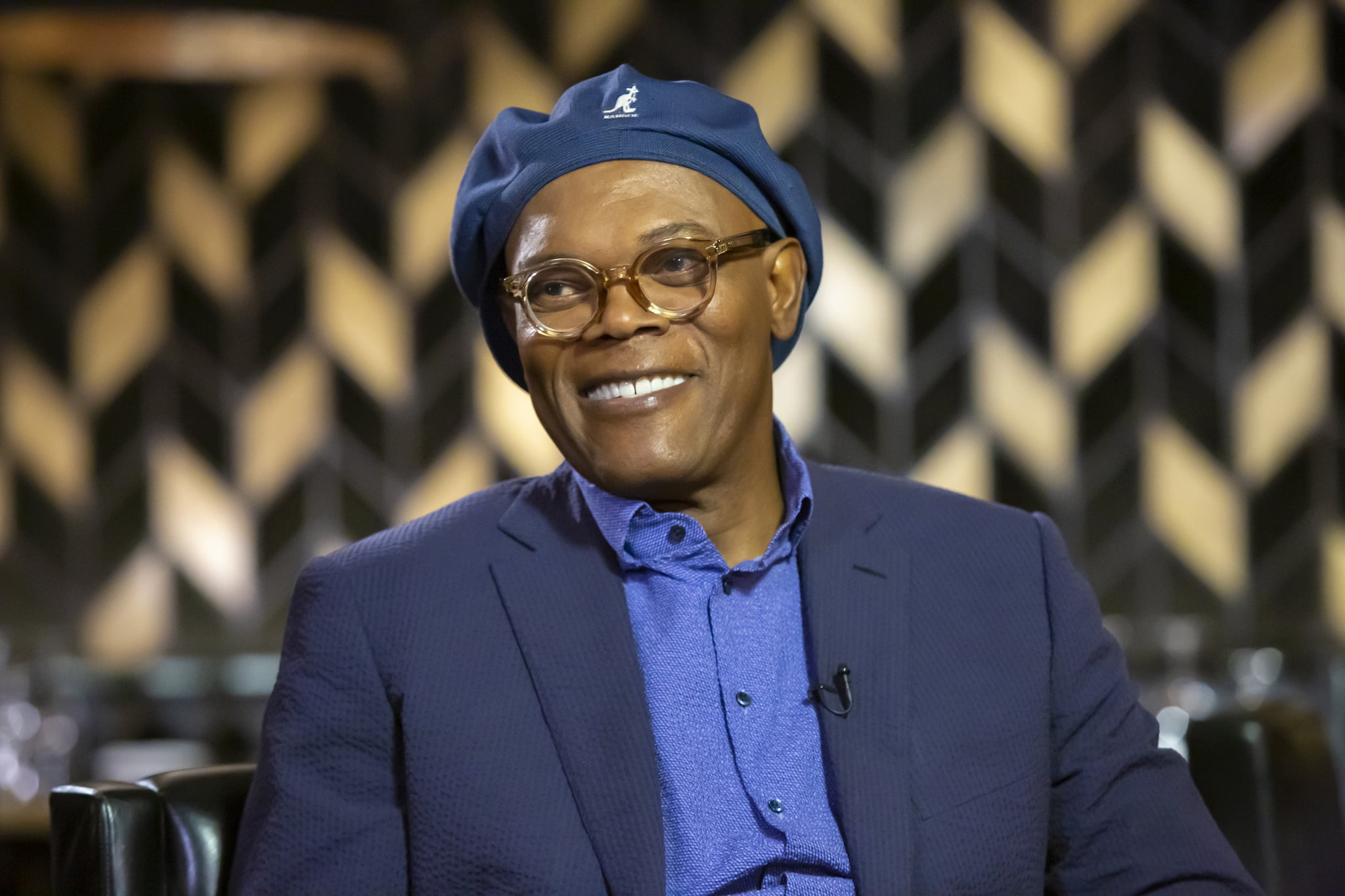 Samuel L. Jackson was the recipient of the prestigious chairman's award at this year's NAACP Image Awards. On Saturday, the 73-year-old actor was honored for his career in film and theater, which spans over four decades. During his acceptance speech, Jackson took the opportunity to speak about the importance of using your voice and voting.

"We can put our legs, our bodies, and our voices to work to make sure that people do get out and vote."

"I've been fortunate enough to grow up in a lot of different areas where I had the opportunity to use my voice, my legs, my body to fight for things that were right — from civil rights to the Vietnam War to Morehouse College and a lot of other things that needed fixing and changing, and we got it done," Jackson said. "And right now, we still have things that we need to do. The most important thing being the Voting Rights Act. I know we can't change that, but we can put our legs, our bodies, and our voices to work to make sure that people do get out and vote no matter what they do to keep us from doing it."

Throughout his career, Jackson has appeared in over 100 films, including "Pulp Fiction," "Jungle Fever," "RoboCop," "True Romance," "The Hateful Eight," "Do the Right Thing," "Goodfellas," "Star Wars," "The Avengers," and so many more. He now joins the ranks of past chairman's award honorees, such as late US Congressman John Lewis, Danny Glover, Tyler Perry, Barack Obama, and Congresswoman Maxine Waters.

Related:
Meghan Markle and Prince Harry Are Honored at the NAACP Image Awards

"Many might not know that prior to his acting career, Jackson was a staunch activist during the Civil Rights Movement in the 1960s, even serving as an usher at Martin Luther King Jr.'s funeral," Leon W. Russell, chairman of the NAACP National Board of Directors, said in a statement. "His continued public service and advocacy for social change make him an excellent recipient for the chairman's award."

STARZ
"P-Valley"'s Katori Hall on the Spectacle of Season 2: "Everybody Can Clock That the Show Is Good"
by Njera Perkins 3 hours ago

Celebrity News
Lauren London Honors Nipsey Hussle at Walk of Fame Ceremony: He "Was Destined For Greatness"
by Njera Perkins 5 hours ago