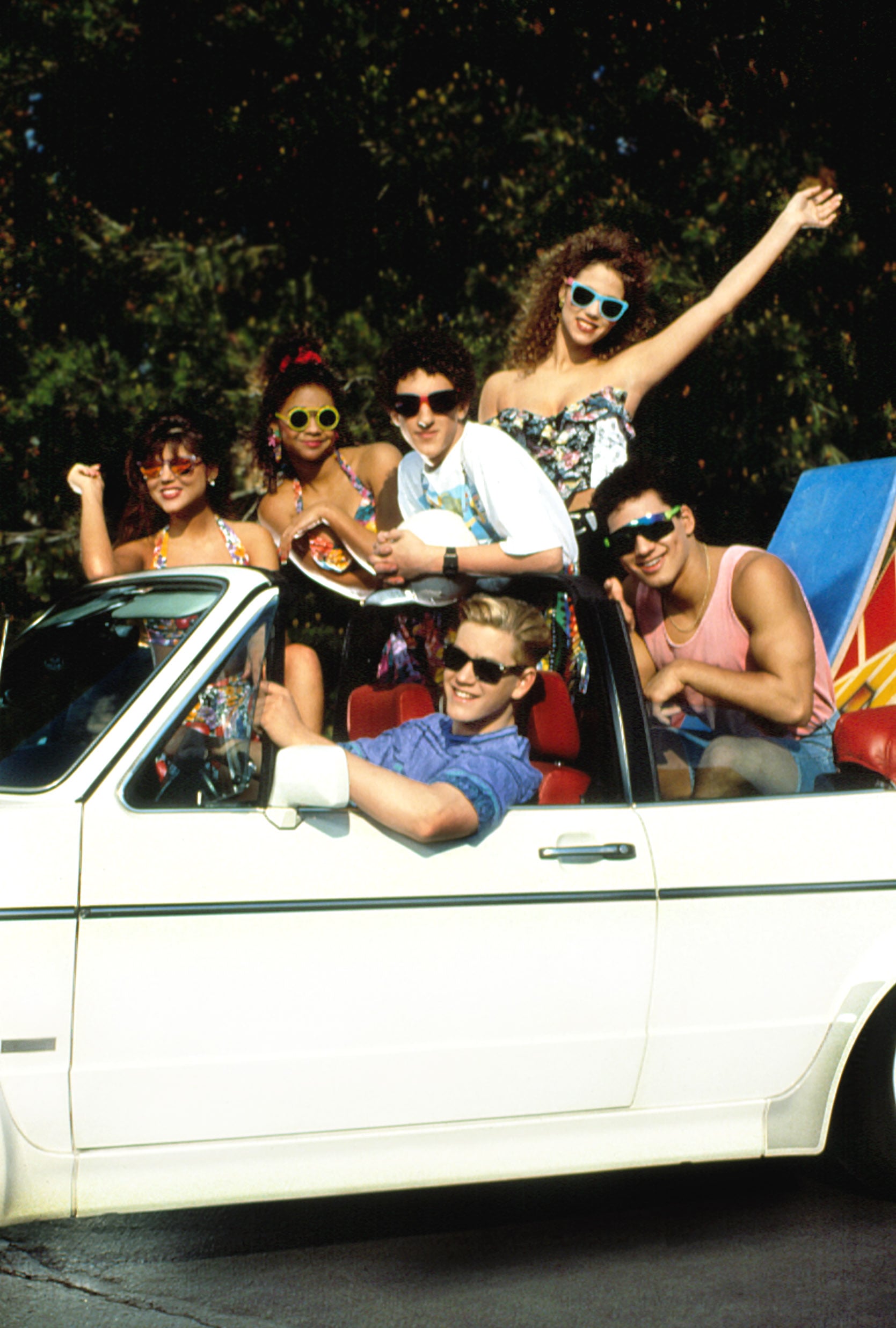 Not only is NBC joining the flux of cable networks launching their own streaming sites, but it's also reviving several iconic sitcoms, including Saved by the Bell. The comedy originally ran for four seasons from 1989 to 1993 and starred the familiar faces of Mark-Paul Gosselaar, Mario Lopez, Dustin Diamond, Tiffani-Amber Thiessen, Elizabeth Berkley, and Lark Voorhies as high school students navigating everything from dating to drugs.

The sequel series — which NBC Universal's streaming service, Peacock, has ordered straight-to-series — already has Lopez and Berkley signed on to return and will be headed by 30 Rock writer and Great News series creator Tracey Wigfield. According to The Hollywood Reporter, the series will explore the aftermath of California Governor Zack Morris (Gosselaar) closing too many low-income high schools and proposing the affected students be sent to the highest-performing schools in the state, including Bayside High. The influx of new students gives the overprivileged Bayside kids a much-needed and hilarious dose of reality. Lopez and Berkley will reprise their well-known characters A.C. Slater and Jessie Spano, respectively, with the streamer currently in talks with the rest of the core cast to possibly return.

The Saved by the Bell revival will join the previously announced Punky Brewster sequel series (which stars original series star Soleil Moon Frye) and a reboot of Battlestar Galactica that will be executive produced by Mr. Robot's Sam Esmail. Fingers crossed we'll get to see the full Bayside gang when Peacock launches in April 2020!

Harrison Ford
Harrison Ford Congratulates Ke Huy Quan on His Oscar Nomination: "I'm So Happy For Him"
by Sabienna Bowman 15 hours ago