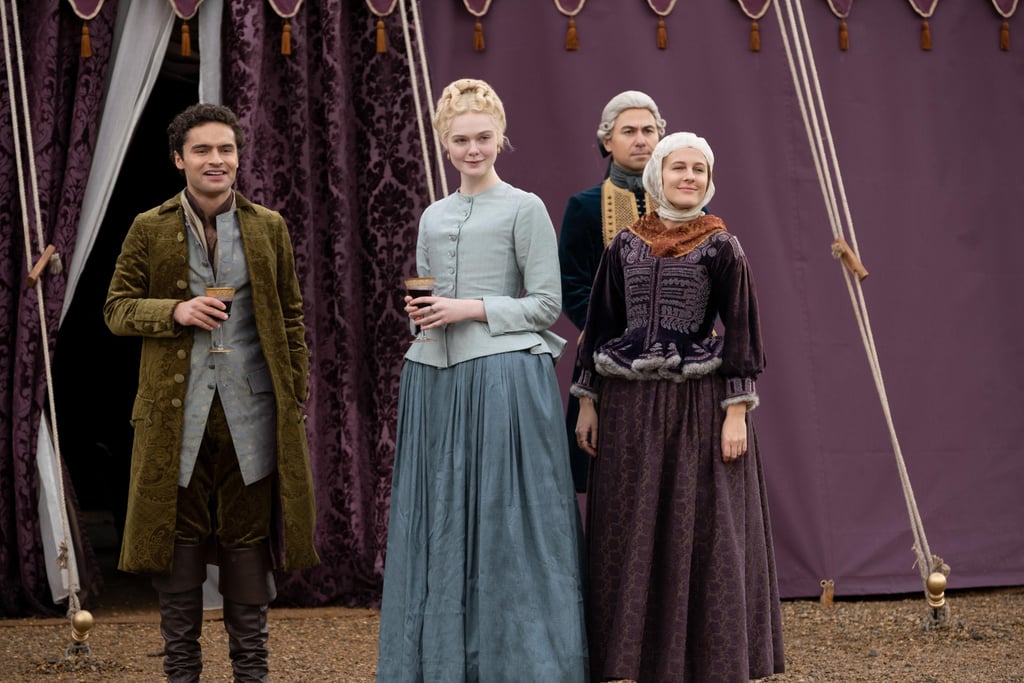 The Great: I Didn't Expect to Fall in Love With Sebastian de Souza, but Here We Are

I sure hope you've made plans to watch Hulu's The Great, because it's one heck of a binge. It's a very loose portrayal of Catherine the Great's rise to power, but it's a fun show nonetheless. I was excited to watch Elle Fanning step into the regal role of Catherine, opposite of Nicholas Hoult's reckless Peter. But I didn't expect to fall quickly for Catherine's side lover, Leo, played by Sebastian de Souza.

As someone who always hopes a powerful female character steers clear of romances, especially if they mean dampening her own drive, I couldn't help but roll my eyes when Catherine and Leo developed real feelings for each other. My annoyance turned into frustration when I realized how charming Leo is, and then, as if a switch flipped, I found myself looking forward to any and every scene with Leo. Maybe it's his smile. Maybe it's his humor and witty wisecracks. Maybe it's his healthy support and admiration of Catherine. Maybe it's all of those things (it totally is), but the point is, I am now a Leo stan. So in honor of the sweet poet, keep reading to thirst over his scenes — huzzah!