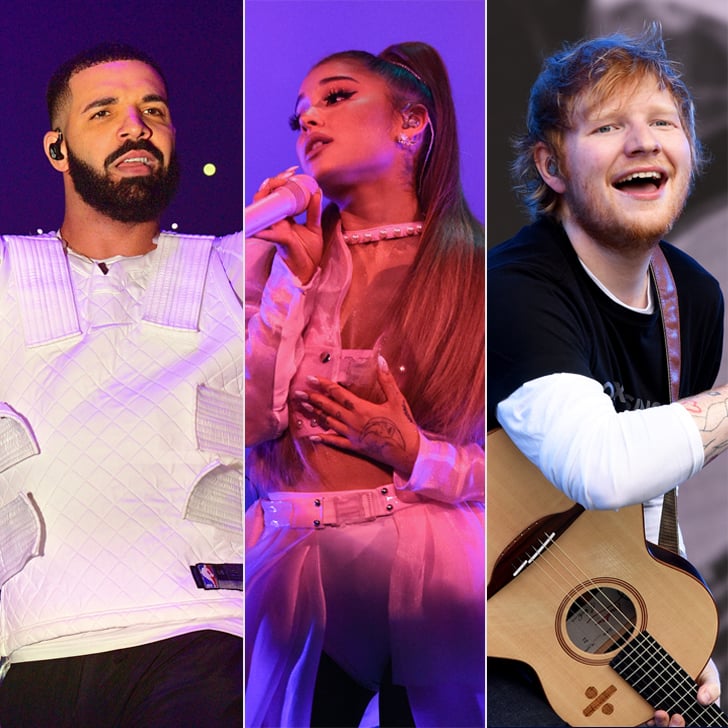 Spotify Announced Its Most-Streamed Artists of the Decade, and There Aren't Too Many Surprises

Spotify is weighing in on the music that has come to define the past decade. At the start of December, the streaming service released its A Decade Wrapped list consisting of the most-streamed artists and songs from 2010 to 2019.

Surprising to no one, Instagram caption king Drake topped the most-streamed artists list with 28 billion overall streams, and Ed Sheeran's ubiquitous "Shape of You" is the top song with 2.3 billion streams. Look ahead for more insight into what people listened to these last 10 years:

Most-Streamed Artists of the Decade

Most-Streamed Female Artists of the Decade

Most-Streamed Male Artists of the Decade

In its announcement, Spotify also revealed the artists who reigned over 2019, which included many of the aforementioned names, as well as Billie Eilish and Bad Bunny. While Eilish's "Bad Guy" was inescapable this year with over 990 million streams, it was Shawn Mendes and Camila Cabello's "Señorita" that landed in the top spot with one billion streams.

Though they should feel familiar by now, listen to the most-streamed songs of both the decade and 2019 ahead.