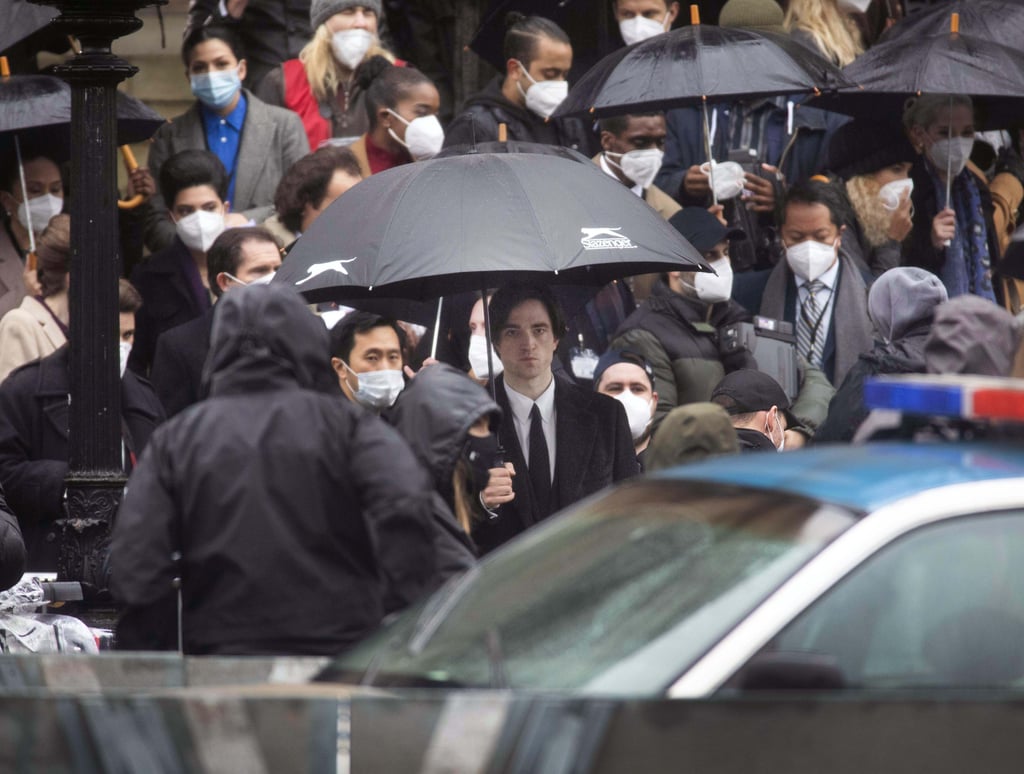 The Batman Resumes Filming in the UK, and Colin Farrell Is Unrecognizable as the Penguin

The latest iteration of The Batman franchise resumed filming in Liverpool, England this week and photographers captured a sneak peak of some of the cast in costume — including Robert Pattinson as a brooding Bruce Wayne, and Colin Farrell as an unrecognizable Penguin.

Pattinson and Farrell were spotted filming a funeral scene outside St. George's Hall, around the steps of the Earl of Beaconsfield statue on Monday, 12 Oct. The reboot, directed by Matt Reeves, was originally set for release in 2021, but was pushed back to 2022 due to the coronavirus (COVID-19). It's worth noting that Liverpool is currently experiencing the highest recorded cases of the coronavirus in the UK, which makes us a bit concerned about the cast filming in that specific location this week.

Although we are excited for Pattinson's debut as Batman, and Farrell as a plump and villainous Penguin, we can't wait to see Zoë Kravitz play the role of the fierce and fearless Catwoman — previously played by Halle Berry, Michelle Pfeiffer, and Anne Hathaway, to name a few.

Ahead, check out some photos of The Batman filming in Liverpool.