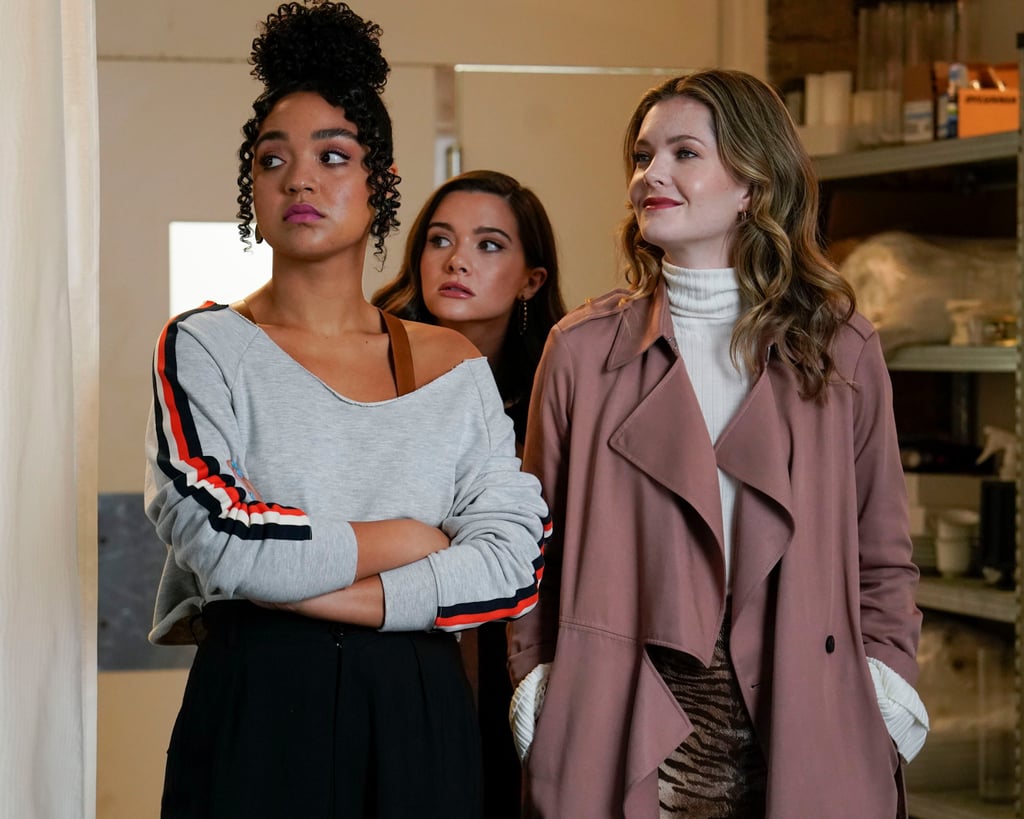 The Bold Type: Catch Up on Season 4 Before New Episodes Start Up This Week

The Bold Type doesn't shy away from putting tough issues in the forefront, including rape, workplace bullying, LGBTQ+ equality, and breast cancer, all while tackling them in a smart and educational way. In season four, Jane (Katie Stevens) takes charge with her BRCA gene mutation diagnosis, Kat (Aisha Dee) challenges the higher-ups in Scarlet about shutting down a piece on conversion therapy, and Sutton (Meghann Fahy) goes after a job that she wants and deserves. The three close friends have each other's backs through everything, including being Jane's support system at the doctor and giving Sutton the best bachelorette celebration. And that's exactly where season four's midseason finale left us. The remaining eight episodes of the show are back soon, so before they air, let's recap where we left off.