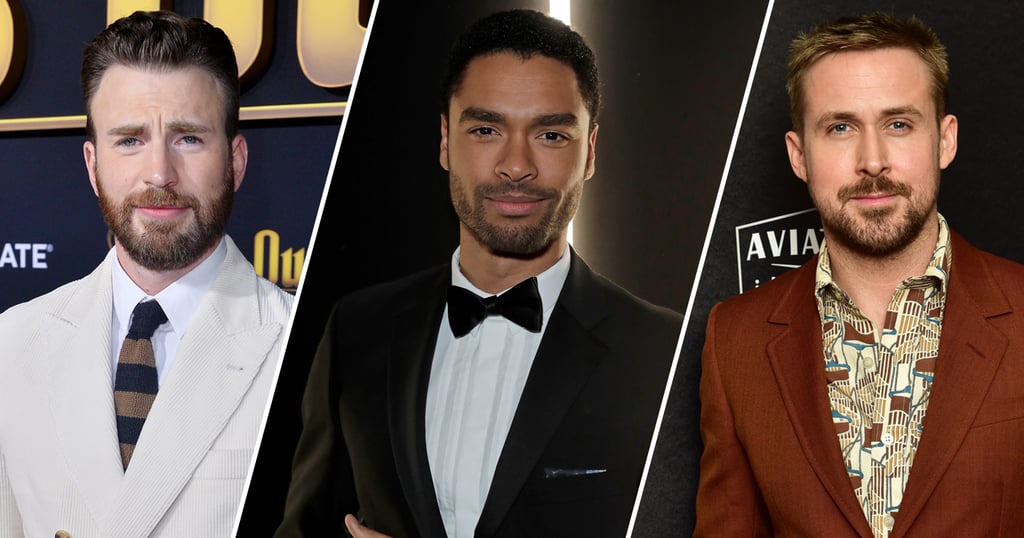 Regé-Jean Page, Ryan Gosling, and Chris Evans Are in a Movie Together — Need We Say More?

Imagine this: Ryan Gosling, Chris Evans, and Regé-Jean Page all starring together in one movie. Scratch that — there's no need to dream about it, because it's actually happening! That's right — our boyfriends are coming together for Netflix's new film titled "The Gray Man." Based on the first installment of the book series by Mark Greaney of the same name, the action thriller will follow Gentry (Gosling) as he's chased across the world by Lloyd Hansen (Evans), a former cohort at the CIA. It also stars Ana de Armas, with additional appearances from Billy Bob Thornton and Alfre Woodard.

According to Deadline, "The Gray Man" — which is being directed by Joe and Anthony Russo — is set to become the biggest-budget feature in Netflix history. The trailer dropped on May 24, and it's action-packed! "The idea is to create a franchise and build out a whole universe. We have all committed to the first movie and that's got to be great to get us to the second movie," Joe told Deadline. "These are master assassins and Gosling's character gets burned by the CIA and Evans' character has to hunt him down." The film will debut in theaters on July 15 before hitting Netflix worldwide on July 22.

See which stars are attached to the project ahead.