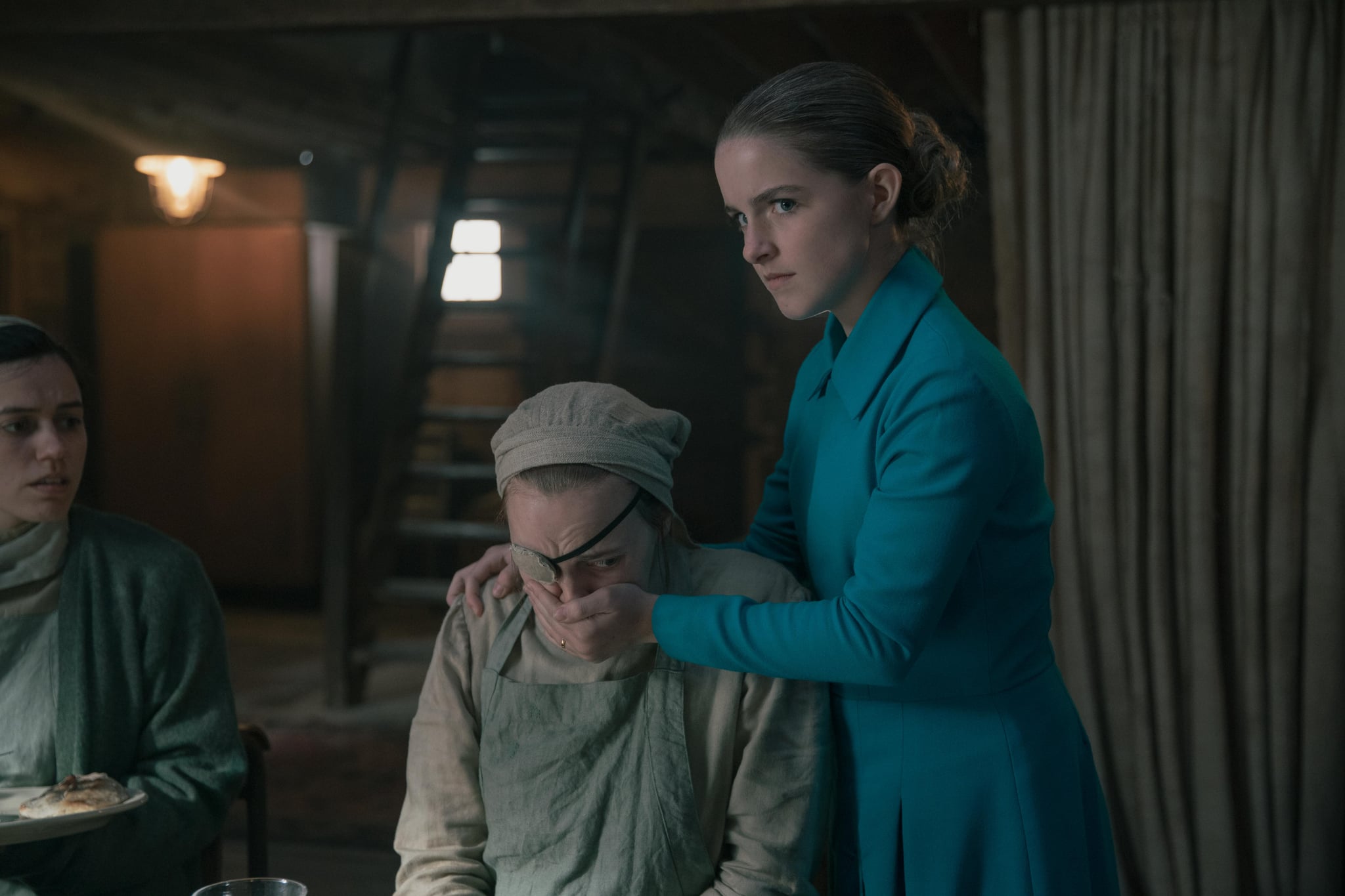 The season four premiere of The Handmaid's Tale sees June and her fellow Martha network members seek refuge at a safe house run by Commander Keyes and his young wife Esther. While Mrs. Keyes bears a striking resemblance to Kiernan Shipka, she's actually played by McKenna Grace. And no, the two aren't related, but they are aware of the similarities. "When Kiernan heard we were doing Lil' Sabrina, she texted me a picture of her with McKenna and said, 'You have to get McKenna. She's like me as a little girl and we're dead ringers,'" Chilling Adventures of Sabrina showrunner Roberto Aguirre-Sacasa previously said in an interview with The Wrap.

If you're wondering where you've seen Grace before, outside of Shipka comparisons on Twitter, she's can be seen in pretty much everything from Netflix productions to the Disney Channel. The 14-year-old actor has been young Carol Danvers in Captain Marvel, young Tonya Harding in I, Tonya, young Theodora Crain on The Haunting of Hill House, young Emma Swan on Once Upon a Time, Rose Harbenberger on Fuller House, and Judy Warren in Annabelle Comes Home.

As for why Esther Keyes is so unsettling, The Handmaid's Tale showrunner Bruce Miller told The Wrap that Grace "brought the terrifying personality to her." He also shared that "it's just remarkable, how terrifying she can be. She's this tiny person, you know, physically small, but just the fact that she is unmanageable and so influential. I'm so proud of her performance."