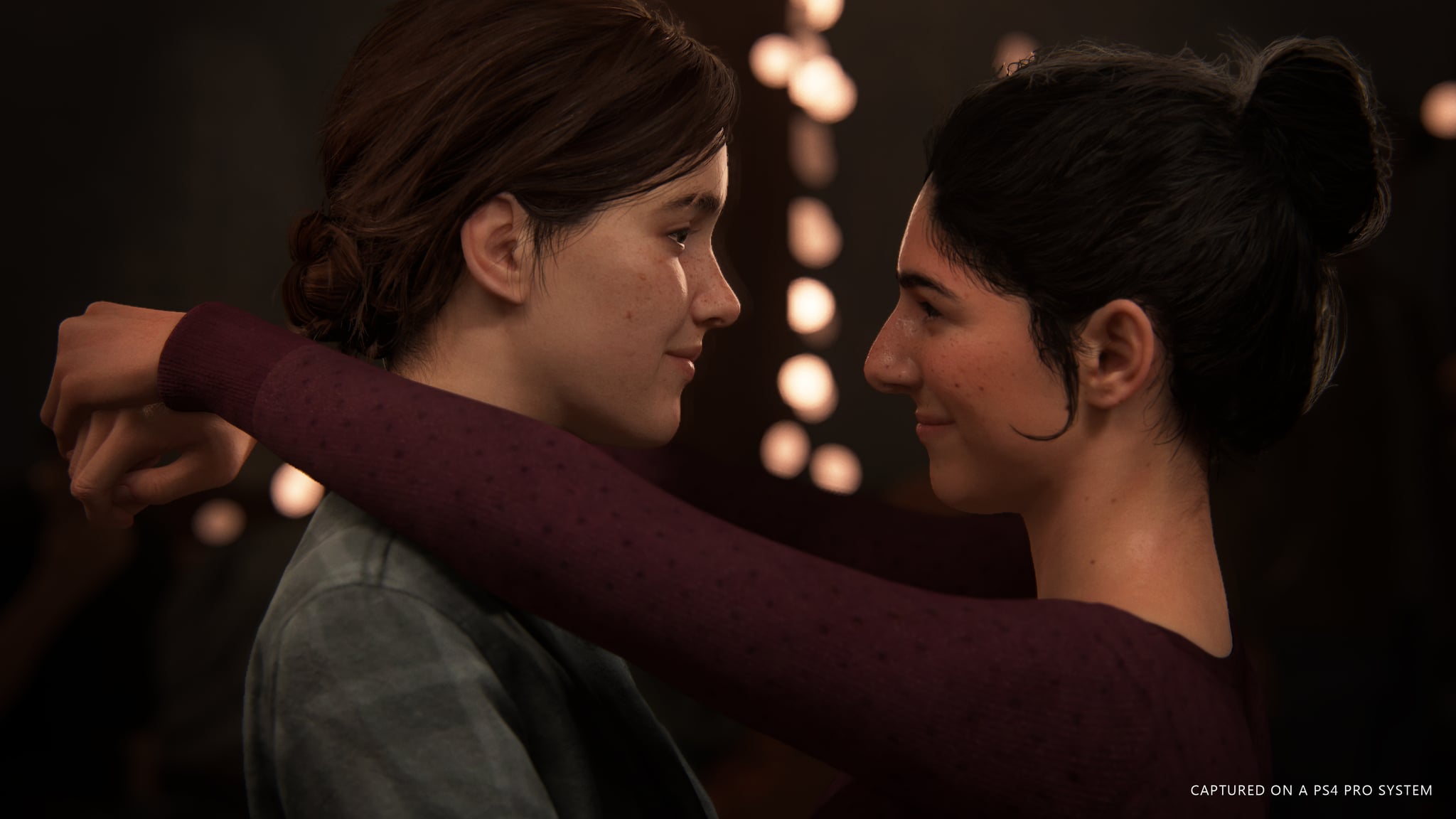 Halley Gross was raised on video games. Her mom bribed her to stop sucking her thumb with Game Gear when she was 7 years old. A self-proclaimed "loner," the Westworld screenwriter took advantage of the virtual community growing up. As luck would have it, Gross was playing Skyrim when she got the email about creating her first game: The Last of Us Part II for PlayStation.

Jump to June 2020: Gross and her Naughty Dog Studios cowriter Neil Druckmann are responsible for the most highly anticipated game of the year and the continued storyline of an incredibly popular character: Ellie. The now-19-year-old protagonist (voiced by Ashley Johnson) is in the driver's seat for this female-focused second installment, and her complex story serves as food for thought for players, especially women.

"We want people to feel that they're being seen, that we care, and we think their stories are important. Just as important as anybody else's."

Ellie is a survivor. More appropriately, as Gross told POPSUGAR, she's a "fearless, impervious, badass, motherf*cker." Ellie's version of America is ravaged by a deadly pandemic (eerie, given current events) where the "infected" are zombie-like creatures and she is the only one immune — and the only chance at a cure. We find her on a quest to avenge the death of her surrogate father at a great cost: is she willing to give up on love, security, or even her own humanity for justice? And can justice exist in a violently divided world?

Violence isn't a strong enough word for the brutal acts Ellie, and her antagonist, Abby, inflict on others — or what they themselves experience. They're each driven near a point of no return trying to exact revenge and are haunted by the psychological damage of a hostile world. There's a pivotal scene where Ellie's PTSD rears its head, overtaking her usually unshakable character. Gross wanted to feature this trauma on screen for a specific reason: to acknowledge the real-life pain of other women.

"I want women to see this and if they've experienced some kind of trauma that perhaps they feel a little more seen, a little less alone," Gross told POPSUGAR. "This is something a lot of human beings have had to negotiate. And you see in Ellie that while it can kick her butt sometimes, ultimately she finds her way through it . . . or finds a way to live with it, work with it."

Despite the darkness, Ellie is also able to find moments of light in her relationship with her girlfriend Dina — voiced by actress Shannon Woodward, who was "really excited" to join the team. Dina is the only one who can make Ellie, an otherwise fearless woman, lose her nerve. The game's most beautiful scenes are shared between the characters, and even before its release, Gross realized their love story was emboldening LGBTQ+ fans.

"We get messages at the studio all the time about how seeing Ellie on the screen made people feel, especially young women feel, a little bit braver about owning their identity or sharing their orientation with their families," Gross said. A fleshed-out, nonexploitative romance between two women is hard to find in the video game industry. The same can be said for trans representation.

Gross said representation is "hugely important" to her team and they want all people to feel embraced. That's why it's essential to feature characters like Lev (voiced by Ian Alexander), a trans boy who becomes a major part of Abby's storyline. He makes countless sacrifices to stay true to himself within the game.

"We want people to feel that they're being seen, that we care, and we think their stories are important. Just as important as anybody else's," she said.

In the spirit of inclusivity, Gross and Woodward have an invitation for any women who might be trying to break into the gaming world: come play. Amid the real-life pandemic, video games are one of the activities friends can share from the comfort of their own homes.

"It's been a lifesaver," Woodward told POPSUGAR. "I feel like I'm really hanging out with my friends and we're all safe. We're all naturally socially distant and we're not wearing masks. We're all just hanging out drinking and kicking some ass."

"We're a f*cking awesome group of gals," Gross added. "You should join us. There's real community and there's incredible creativity and awkwardness and weirdness and triumphs and it's really worth checking out."