Image Source: Amazon Studios
Blumhouse's The Lie, which premiered on Amazon Prime Video on Oct. 6, stars Joey King as Kayla, a teenage girl who drags her parents into a web of lies due to a lethal mistake. When it comes to horror movies, I pride myself on the fact that I can usually see a twist coming. The Lie is one of the few films that really surprised me when the twist is finally revealed at the end. What makes this particular twist so devastating is King's portrayal of Kayla, which has the audience wondering whether they should feel empathy for her or see her as a monster. It also helps that as Kayla's parents, Peter Sarsgaard and Mireille Enos, give a slow-burn performance that keeps you on edge as you wait to see how everything will unravel.

On the way to a ballet camp, Kayla and her father, Jay, give her best friend Brittany a ride. Things between the two girls become tense as Brittany seemingly flirts with Jay. When they stop off in the middle of nowhere for a bathroom break, there's a scream, and Kayla reveals she's pushed Brittany off the bridge on purpose, effectively killing her. Kayla's parents spend the rest of the movie trying to cover up what their daughter has done, only to get swept up in her lie. Brittany's father, Sam, eventually catches onto them, as do the cops, so Kayla's parents decide to frame him for murder.

Related:
Joey King's The Lie Is an Unsettling Take on Real-Life Fears: "It's Every Person's Worst Nightmare"

To frame Sam, Kayla's parents try to bury Brittany's belongings in his yard. Kayla's mother, Rebecca, calls Brittany's phone in order for it to ping but is caught by Sam in the process. Jay comes to her rescue, beating Sam to the ground before the pair escape to their car. As if in a trance, Rebecca runs Sam over, leaving him to die. They try to clean up the evidence once home but are interrupted by Brittany, who's been alive this whole time. The lie Kayla tells isn't the coverup of Brittany's murder; the lie is that Brittany is alive. Kayla decides to lie, so that Brittany can see her boyfriend, whom Sam didn't really care for. Instead of telling her parents, Kayla keeps the lie going because things are like they were before her parents got divorced. "[The twist] surprised me so, so much," King told POPSUGAR in an interview about The Lie. "Literally, I slammed my laptop closed. I loved that I didn't see it coming, and I also just love how devastating the reveal is."

Unfortunately, the twist comes right at the end of the film, so the characters aren't given much time to deal with this bombshell as the police sirens start to close in. Kayla's parents hug her tight as the realization that their daughter may be a monster, just not in the way they thought, sets in. "It's all over for her," King said to POPSUGAR. "They committed murder, and it's all her fault, and now she's going to be an orphan because of it. It's the most horrifying realization." 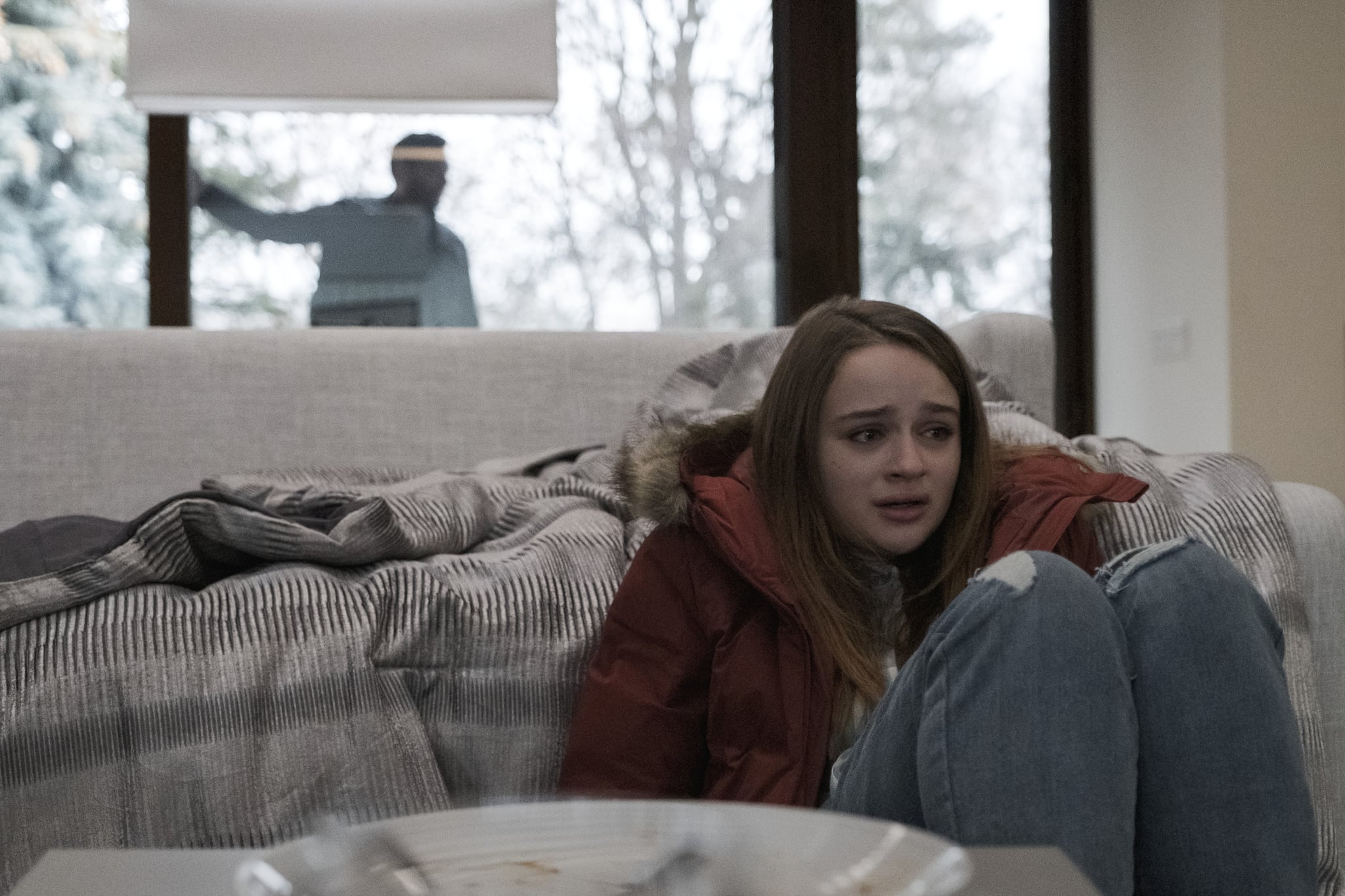