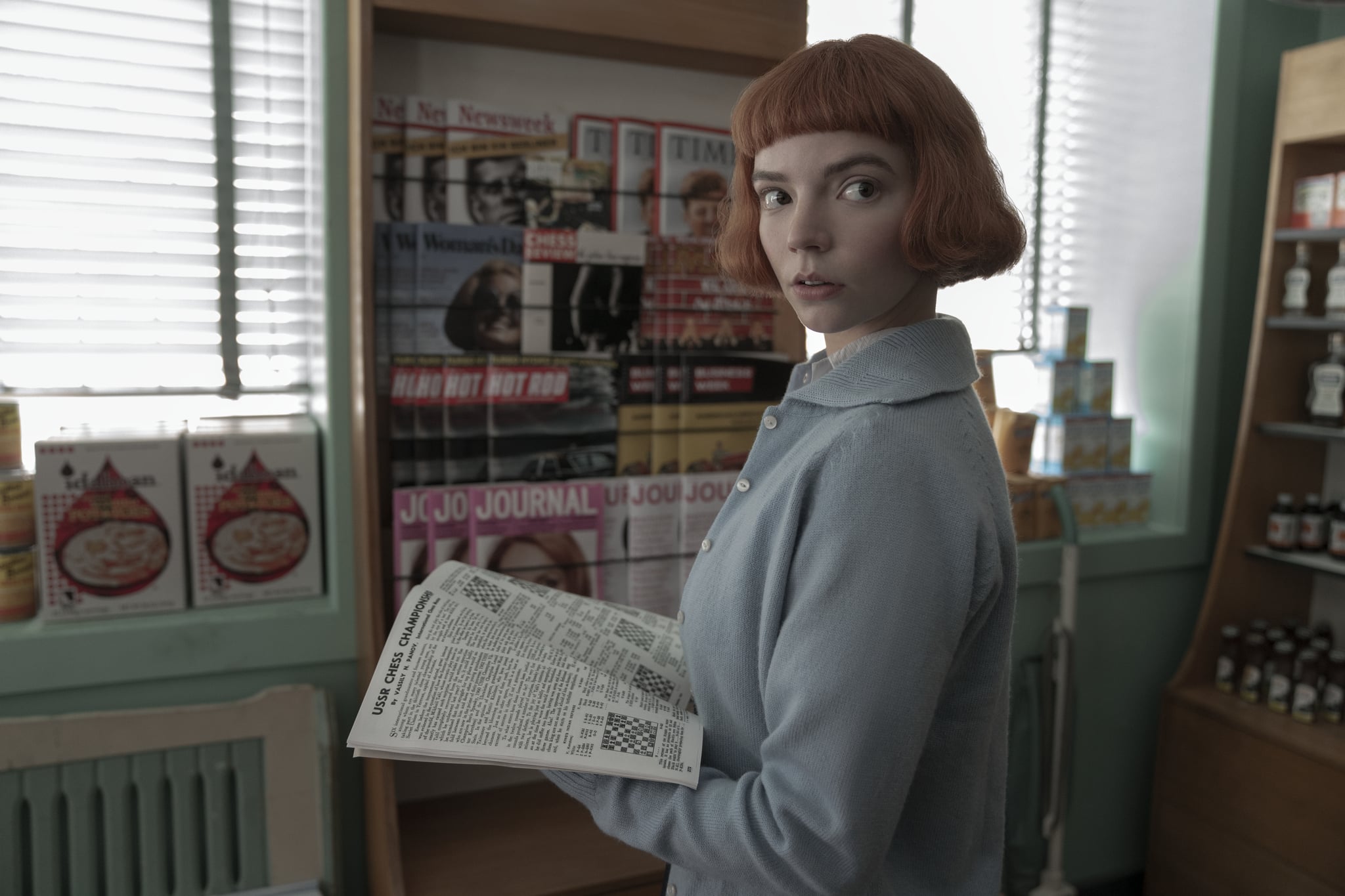 Netflix's latest series The Queen's Gambit is a fascinating look at the game of chess, but it's also a story about grief and addiction. The miniseries, which premiered on Oct. 23, follows a young orphan and chess prodigy named Beth (Anya Taylor-Joy) who sets out to become a grandmaster in chess. Throughout her journey, she also battles with a serious addiction to pills and alcohol.

Her addiction starts in the first episode when the orphanage gives the children a red and green pill to take each day. At the suggestion of another orphan named Jolene, Beth waits to take the green one at night, which gives her hallucinations as she envisions herself playing chess on the ceiling. Although we never learn what the red pill is, the green pill is later revealed to be a fictionalized sedative called xanzolam in episode two when Beth refills her mother's pills.

Later in the series, Beth starts taking Librium, a drug which launched in 1960. In episode four, Beth asks a doctor for a Librium prescription following her mother's death in Mexico and fills up on bottles before heading back home. The book the show is based on also makes multiple references to Librium, and the pills are created in small green capsules like the ones shown on the show. The benzodiazepine drug is mainly used to treat anxiety, insomnia, and alcohol withdrawal, but can also be habit-forming as we see with Beth throughout the series.

In the first season, we see Beth struggle with her addiction to the green pills from adolescence to adulthood. At one point during her childhood, she actually swallows a whole bunch of pills, causing her to collapse in the orphanage. Later in life, she eventually starts mixing the pills with alcohol, as we see in episode six when she faces off Borgov in Paris. It isn't until the very last episode that Beth overcomes her addiction and throws the pills in the toilet ahead of her match with Borgov in Moscow.