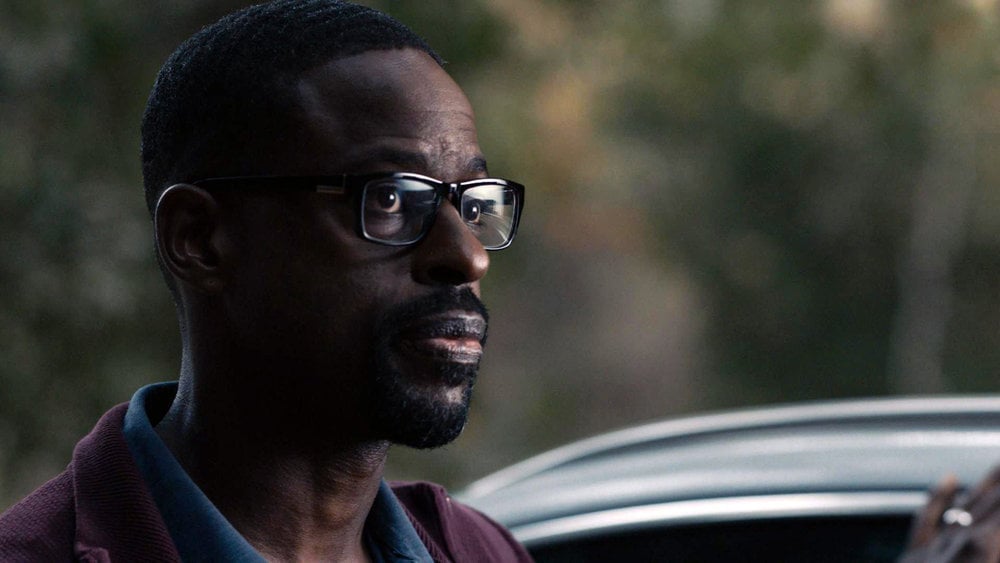 This Is Us never disappoints when it comes to shocking twists. During the season five premiere, the show completely flipped the script with the revelation that Randall's birth mother — who we were originally led to believe died of a drug overdose shortly after he was born — actually survived. In the same episode, Randall decides to look for a Black therapist so he can feel more comfortable talking about certain aspects of his life (You probably see where we're going with this). It didn't take long for fans to connect the dots and theorize that Randall's new therapist could actually be his birth mother. While the show's writers have already debunked that theory, we have a different one that could still lead to Randall's finding out the truth about his mother.

Related:
Let Out a Good Cry With the This Is Us Season 5 Soundtrack

What if instead of Randall's new therapist is actually a long-lost sibling? After Laurel is revived by the emergency medical technicians, we don't see what happens next. Obviously, there are a lot of questions that will be answered in coming episodes, but one convincing theory is that Laurel actually had another kid after Randall and that's how the show will connect all the dots.

When William leaves the apartment with baby Randall, he thinks that Laurel is dead and doesn't turn back. After dropping Randall off at the fire station, he passes his bus stop and it's assumed he leaves town, meaning he wouldn't run into Laurel later on. As one Reddit user points out, it's possible that Laurel doesn't go searching for Randall because she believes William actually ran off with him following her overdose.

Perhaps her near-death experience prompts her to get sober and she eventually has another child later on in life. It would certainly be the less obvious choice to have Randall's new therapist be a half-brother or half-sister rather than his actual birth mother. It's even possible that Randall's birth mother has already passed away, and his half-sibling will just fill in the gaps of his childhood and help him move on.