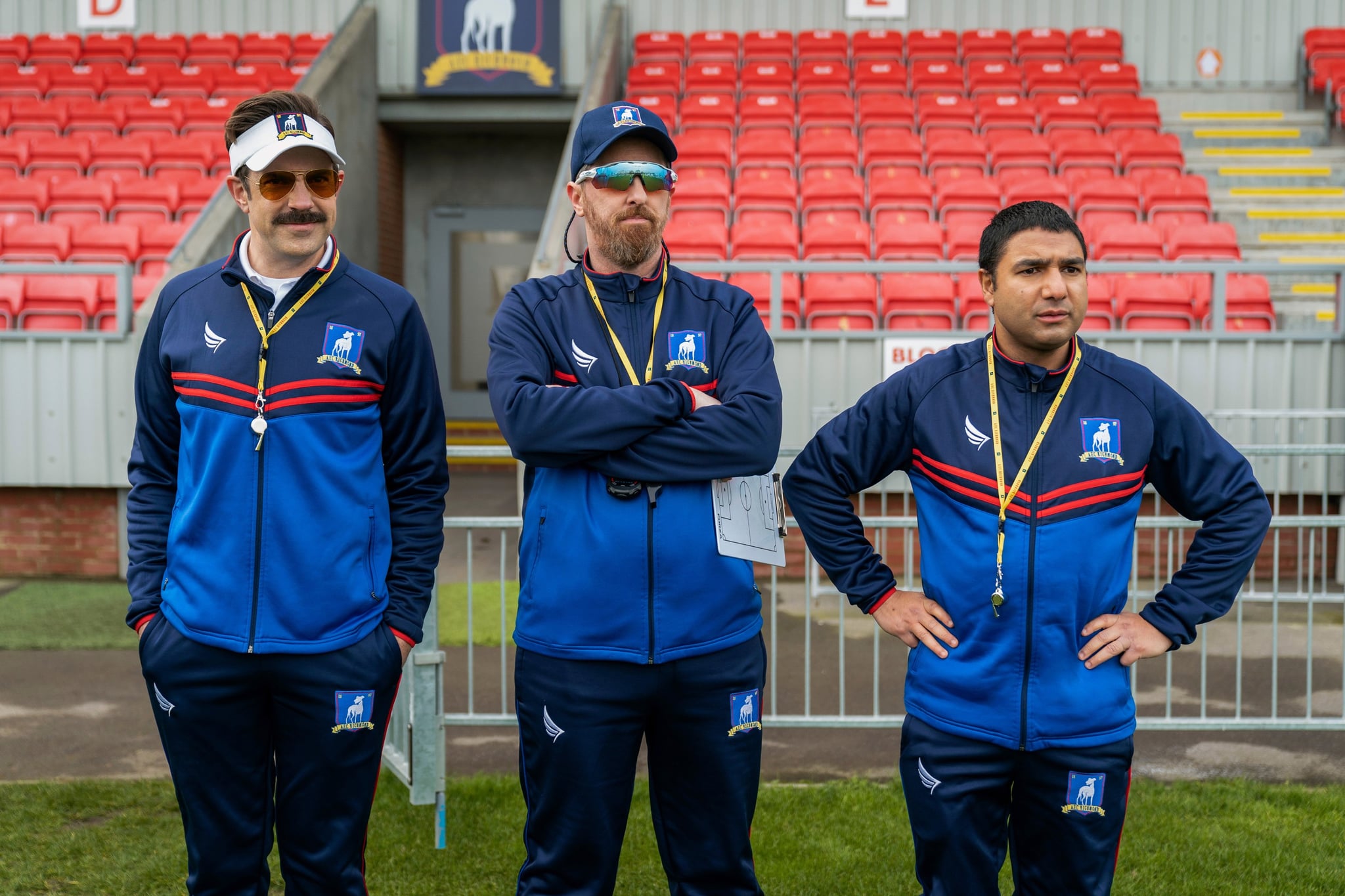 If you're watching the second season of Apple TV+'s Ted Lasso and itching to visit England, you're not alone. The show takes places in Richmond, a town in London that is home to AFC Richmond, the fictional football club that the titular character Ted Lasso coaches. Though it's commonplace for movies and TV shows to use a little Hollywood magic to create a specific setting, Ted Lasso decided to go for a more authentic vibe and largely film the show in the United Kingdom so viewers can get a taste of life across the pond.

In an interview with Express.co.uk, Jason Sudeikis (who plays Coach Lasso) said: "We didn't want to do a version where we film it all here in the States and then we go shoot for two weeks in London. I'm not a good enough actor, it's nice to be living the actual experience for me. It allowed us to have a very fun, diverse, pretty much all Brit crew and diverse cast — and to be able to pull in day players for small parts here and there from an incredible pool of talent."

And Sudeikis wasn't the only one who enjoyed his time filming in London. On June 4, Ted Lasso cocreator Brendan Hunt (who also plays Coach Beard) tweeted, "Season 2 of Ted Lasso... has wrapped. Big Exhale. Final weekend in London commence!"

Although many scenes were filmed at West London Film Studios, fans of the show can visit some of the locations, including Richmond, where you can find the pub Ted frequents (it's called The Prince's Head!), as well as the exterior of his apartment. The AFC Richmond team trains at Hayes & Yeading United Football Club in Hayes and plays matches at Selhurst Park in Croydon, which is home to the real football team Crystal Palace F.C. Fans can also check out the Twickenham Rowing Club on Eel Pie Island, which is where Roy, Phoebe, and Keeley sit on a bench by the River Thames in episode one.

With the second season currently streaming on Apple TV+ and earning quite a warm reception from fans, we'll be waiting with tea and biscuits for the crew to get back to the UK to film the third season!