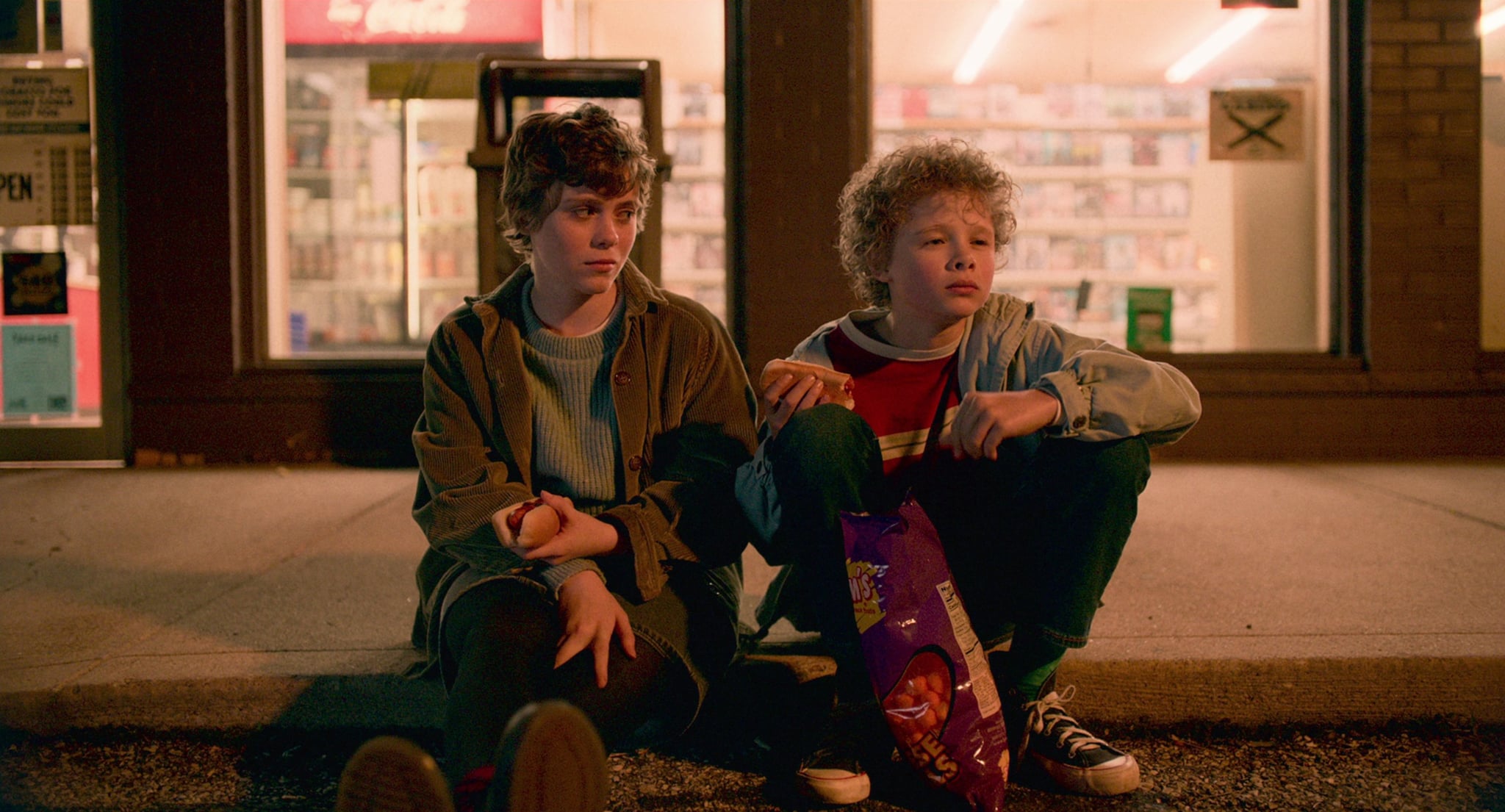 Netflix's I Am Not Okay With This, based on the graphic novel by Charles Forsman, tackles a lot of topics that not just teenagers can relate to, but just about anybody: losing a parent, falling in love with your best friend, having sex for the first time, and realizing you're different from everyone else. Main character Sydney (Sophia Lillis) discovers she's got some sort of magical powers that do everything from knock down trees to make someone explode. It's when she discovers her powers, though, that she also encounters a mysterious stranger who won't stop following her around.

Halfway through the seven-episode season, after Syd has definitely figured out that she has powers and they're triggered by her anger, she starts to feel like someone is following her. She encounters the weird feeling when she's in the library with Stan (Wyatt Oleff) but can't track down anyone. It's when she talks to her mom about her dad, who killed himself shortly before this, that Syd learns her dad experienced the same troubles.

Syd's mom tells her that her dad was paranoid and often felt like someone was following him. He'd get upset and run out of a room like he was going to be sick, and when he was deployed, he was involved in an accident that killed everyone but him. Syd puts the pieces together and realizes she's just like him, and maybe this mysterious stranger she thinks is following her might actually be following her.

In the final episode of the short season, Syd is confronted with this dark figure after she quite literally makes Brad's (Richard Ellis) head explode at the homecoming dance. She's covered in blood when she turns and finds the shadowy figure behind her. She asks him if she should be scared, and he says, "They should be." He then tells her it's time to begin.

Well, we have a good guess. We feel pretty confident that it's a mentor or teacher who will help her harness her powers — whether for good or evil. We're leaning toward evil, considering he's a shadowy dark figure who's been creeping around her. Decider asked I Am Not Okay's creator and director Jonathan Entwistle this very same question, and he said, "The questions I want people to ask are who has come to town? Is it going to be the mentor 'Professor X' or is it going to be the Sith Lord come to take Syd to the Dark Side?"

So the mystery is still a mystery! Hopefully we get some answers in season two of the Netflix show, even though it hasn't been confirmed yet. Season one's ending is the perfect setup for another season, so here's hoping we finally find out who this dark and mysterious stranger is.

Image Source: Everett Collection
NetflixTVI Am Not Okay With This