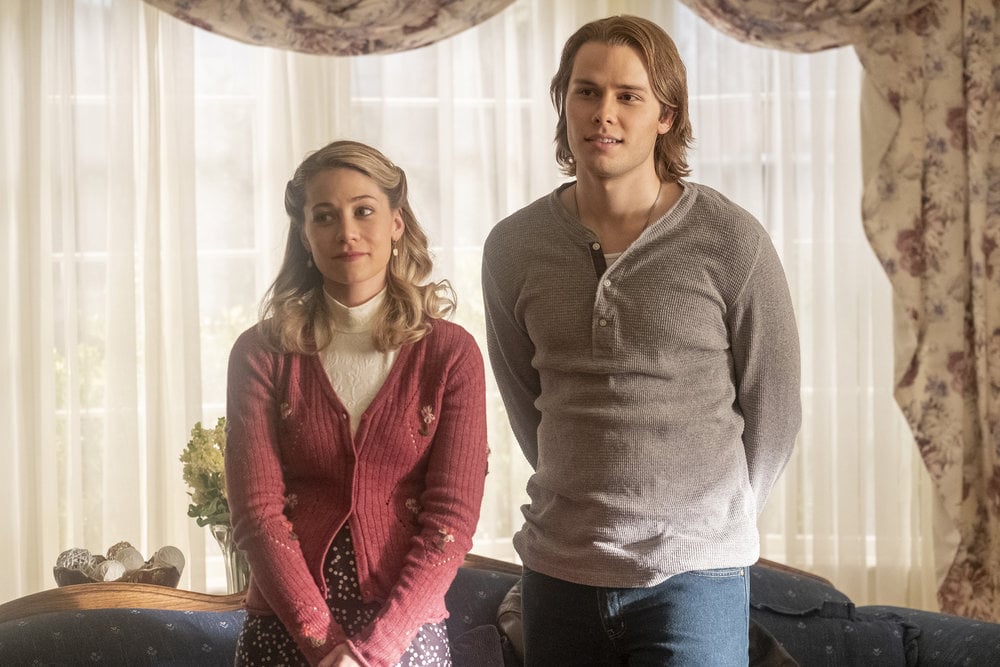 It seems like Sophie and Kevin always find a way back to each other on This Is Us. In the latest episode, we learned a lot about the former couple's past, and honestly, it made us want them to get back together even more. While Logan Shroyer has made several appearances as young Kevin over the past four seasons, you're probably wondering about who plays young Sophie.

Actress Amanda Leighton made her first appearance as Kevin's young love all the way back in season one, but it appears like she'll have a pretty big arc in the upcoming episode, "Storybook Love." In addition to her recurring role on This Is Us, Leighton has appeared on Make It or Break It, Pretty Little Liars, Rosewood, and most recently, The Fosters.

Interestingly enough, she also appeared on CBS's soap opera The Young and the Restless just like Justin Hartley (aka adult Kevin). Leighton had a recurring role as Raven from 2013-2014 and Hartley starred as Adam Newman from 2014-2016, though their characters never interacted onscreen. Talk about a crazy coincidence!

STARZ
Hungry For More Power? You're in Luck — a Third Season of the Ghost Spinoff Is on the Way
by Njera Perkins 7 hours ago

TV
No Surprise, The Sex Lives of College Girls Is Coming Back For a Second Season
by Njera Perkins 9 hours ago