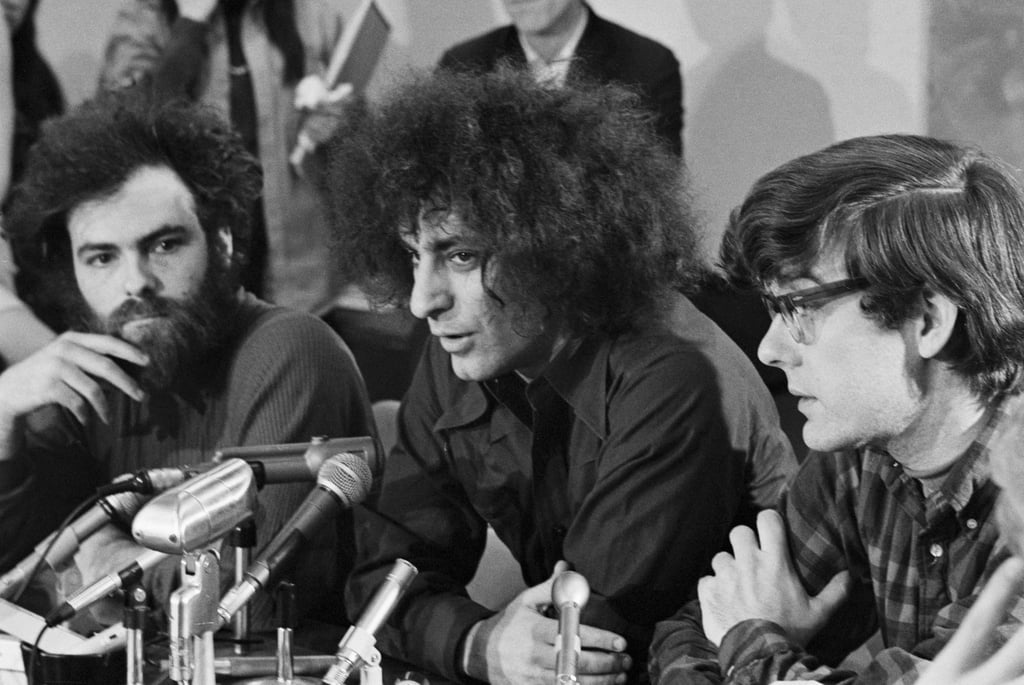 Aaron Sorkin returns to the political drama sphere with The Trial of the Chicago 7, which is based on the infamous court case involving protesters at the 1968 Democratic National Convention. It was a tense time in America as citizens were unhappy with poverty, racial inequality, and the Vietnam War. Police brutality notoriously broke out at the demonstrations. Ultimately, eight organizers were arrested on charges of conspiracy to use interstate commerce with intent to incite a riot: Abbie Hoffman, Jerry Rubin, David Dellinger, Tom Hayden, Rennie Davis, John Froines, Lee Weiner, and Bobby Seale.

The presiding judge on the case was Judge Julius Hoffman. During the trial, the eight men and their lawyer ignored decorum and provoked the judge, hoping to reveal what they saw as the corrupt values of the establishment. Judge Hoffman demanded order using troubling measures, even gagging and tying Seale, who would be severed from the case. Only two men were completely acquitted of all charges by the jury: Froines and Weiner. All were charged with contempt of court, though never sentenced. Their convictions would eventually be overturned by an appeals court soon after.

So, who were the members of the Chicago Seven — really, the Chicago Eight? Here's a breakdown of what role each person played as well as their whereabouts after the trial.

Previous Next Start Slideshow
NetflixMoviesTrue StoriesStreamingThe Trial Of The Chicago 7