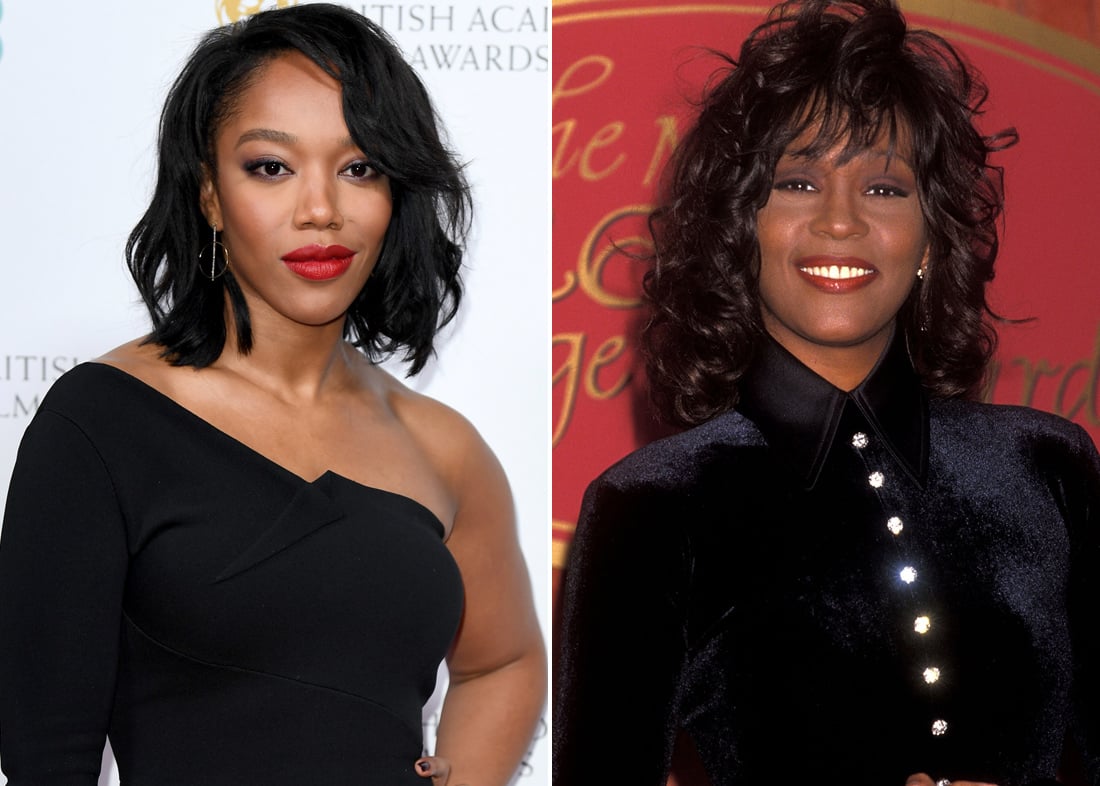 Naomi Ackie is about to take on the role of a lifetime. The British actress has been cast to play Whitney Houston in the upcoming biopic, titled I Wanna Dance With Somebody. Ackie is best-known for her roles in Star Wars: Episode IX - The Rise of Skywalker as well as on the Netflix series The End of the F***ing World, which earned her a BAFTA.

"We spent the better part of the last year in an exhaustive search for an actress who could embody Whitney Houston," director Stella Meghie said in a statement. "Naomi Ackie impressed us at every stage of the process. I was moved by her ability to capture the stage presence of a global icon while bringing humanity to her interior life."

Not only does Ackie come with high praises from the film's creators, but she also has the seal of approval from Houston's family. "All Whitney fans have an appetite for perfection when it comes to Whitney and her Legacy," Houston's sister-in-law and former manager Pat Houston said in a statement. "To transform someone into a matchless icon is virtually impossible but with careful consideration, Naomi Ackie was selected based on her quality performances and her deep commitment to emerging into the woman that we all loved."

Unlike Lifetime's 2014 TV movie Whitney, the screenplay for the upcoming biopic has been approved by Houston's estate, meaning they will be able to reproduce all of the singer's big hits. Pat Houston will even serve as a producer on behalf of the Houston Estate alongside Clive Davis, Larry Mestel, Denis O'Sullivan, Jeff Kalligheri, and Anthony McCarten. McCarten, who helmed the Oscar-winning Bohemian Rhapsody, will also be writing the script. The film is slated for a Thanksgiving 2022 release.