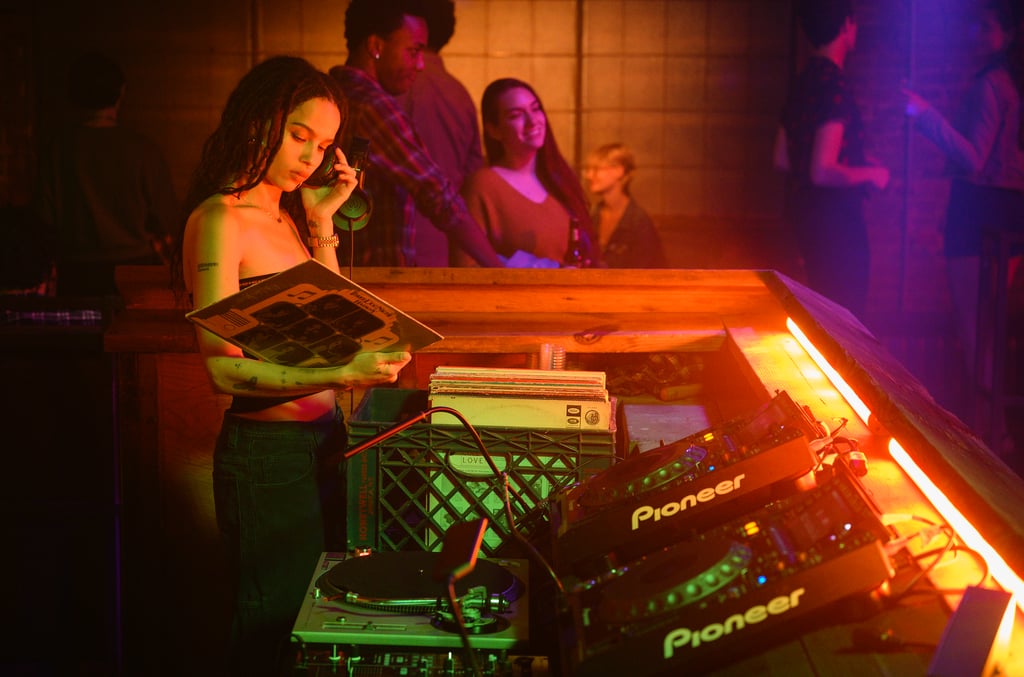 Zoë Kravitz practically exudes cool from every pore — that's what happens when you're the daughter of Lisa Bonet and Lenny Kravitz — so it should come as no surprise that Hulu's High Fidelity reboot starring the Big Little Lies alum looks equally rad.

The 10-episode series, which drops on Valentine's Day, is described by the streaming network as "a departure from Nick Hornby's 1995 novel and the beloved 2000 film," the latter of which starred John Cusack as Rob, a record store owner and compulsive list maker. The Hulu series gender flips the role to have Kravitz playing Rob, who now owns a record store in a rapidly gentrifying neighborhood of Brooklyn.

As Rob revisits major romantic relationships from her past — including trying to get over her one true love once and for all — we'll get a better look at her friendships, opinion on pop culture, and of course, plenty of music. The show also stars Da'Vine Joy Randolph, David H. Holmes, Jake Lacy, and Kingsley Ben-Adir, and hails from TV writers Veronica West and Sarah Kucserka.

Keep reading to see the first-look images from the show, which feature The Batman star in all her hip, Crown Heights glory.