The following post was originally featured on All For the Boys and written by Allison Waken, who is part of POPSUGAR Select Moms.

We had the opportunity for a fun, quick run through EPCOT thanks to DisneySMMC and GoGo Squeez! Some local blogger friends and I decided to make fun running costumes all themed around Star Wars. The boys helped me decide on a costume and this year we went with BB-8! BB-8 is a new droid from Star Wars: The Force Awakens, and even though we know nothing about him, I'm betting he'll be our new favorite. 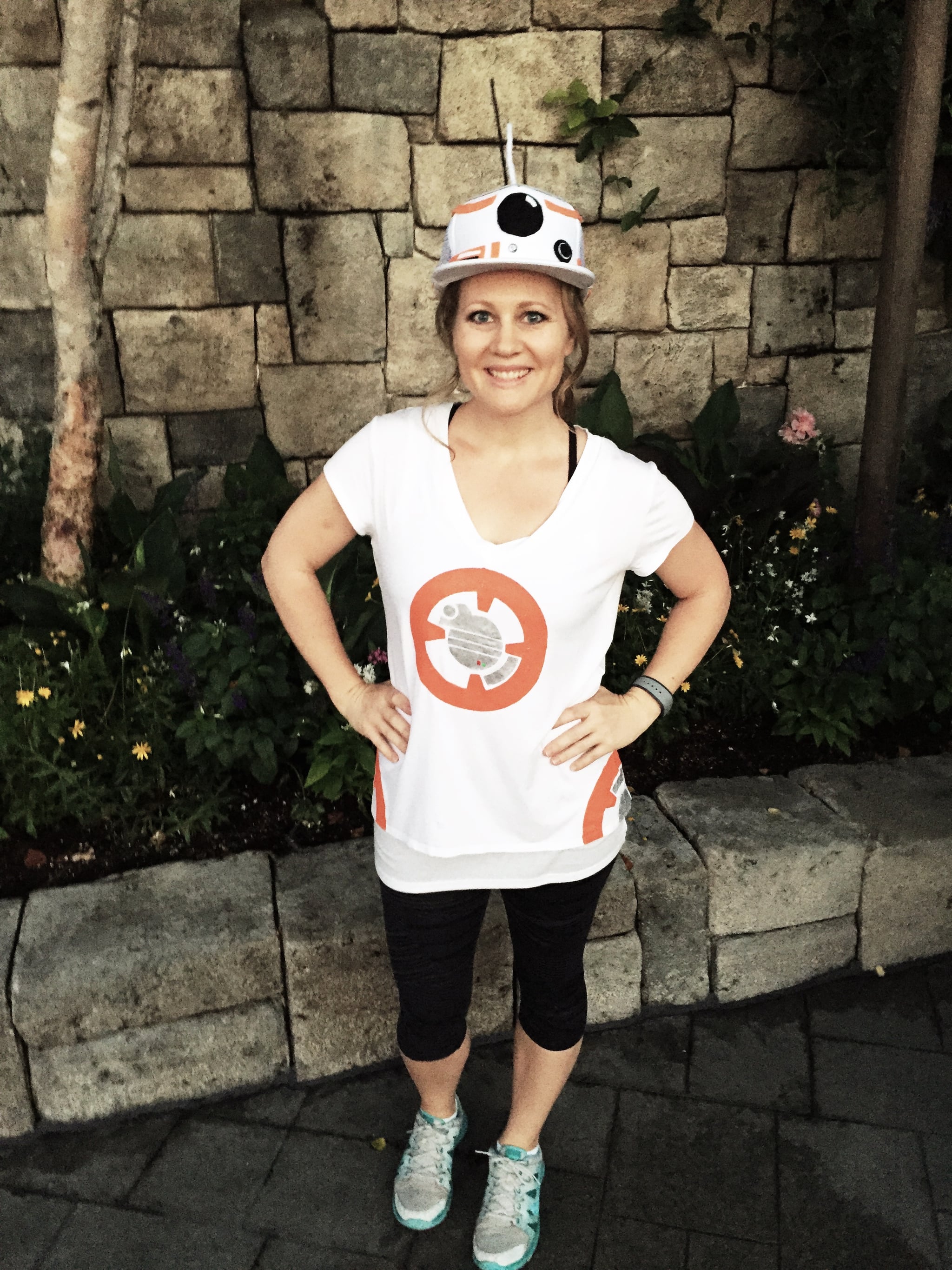 I knew while making this that others would likely want to make this costume as well. Even if it's just the hat. My youngest wore the hat when we visited Hollywood Studios just before Star Wars Weekends and got TONS of comments!

I put together a video of how I made mine using freezer paper (I actually cut mine out with a Silhouette but the video is for those that don't have one). You could also use the colored templates listed below and just print on t-shirt transfer paper for an even easier project.

For the shirt you'll need:

For the hat you'll need:

Here's the video showing you how to make it, but basically for the shirt, you're cutting the template out of freezer paper, ironing onto the shirt waxy side down with the steam setting off, and painting over the stencil using a spouncer for best results. For the hat you're just cutting shapes out of felt and hot gluing them onto the hat. It really is easy!

Here are the templates for your personal use:

Hat circle templates — you'll have to cut some shapes out on your own and find something to trace for the drawn on shapes, but those should be pretty simple. I found that using the templates for the circles made a MUCH more even circle than I could have ever cut out! Use the photo of the hat or a photo of BB-8 as your guide!

Here were the other costumes that morning:

Last year I went as Olaf, and it was so fun to see all your costumes, so please send me photos if you make your own version of BB-8!