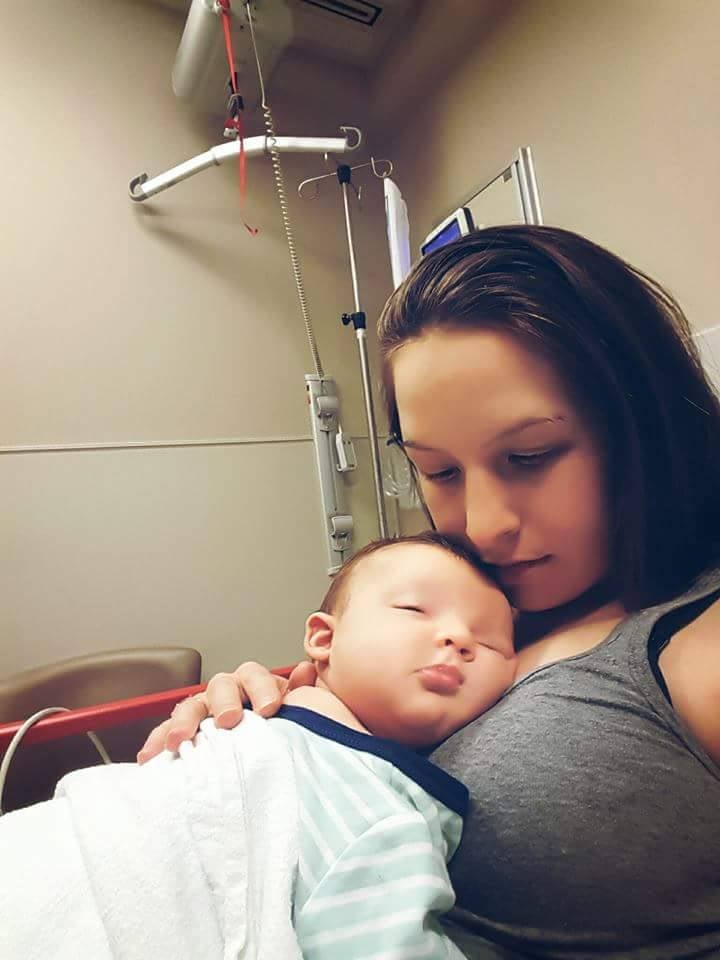 Having an overabundant milk supply is most new moms' dream — to call it a problem is almost insulting. But for one woman, the "scariest day of her life" was when her newborn son nearly choked to death while she was breastfeeding him.

"Apparently this 'freak' accident can actually happen to babies, and it's more common than I thought," Rebecca Taylor said on the popular Facebook support group Breastfeeding Mama Talk. "Sure wish I would have known that and been more prepared for something so insanely scary."

Taylor, who has an overactive let-down and produces "too much milk," called an ambulance when she noticed her son couldn't catch his breath during a feeding. He went limp and was rushed to the emergency room.

"Watching my teeny tiny new baby get hooked up to an oxygen mask with all sorts of tubes and codes being called out is one if the worst things a parent could ever witness," she recalled. "He had to get a chest x-ray, and I'm told to monitor him for aspiration pneumonia. He turned blue and I really thought I was going to lose him. I had no idea this was possible, I mean I understand how, I just can't believe it."

Taylor, who breastfed her daughter for 18 months, had never experienced anything like this before and felt confused that this happened "all from us doing what we're both supposed to be doing." She reached out to a lactation consultant — as well as fellow breastfeeding moms — for answers, and here are some suggestions:

Another warning for those with oversupply issues: "I would think that pumping a bit before feeding him may help, but she said it'll just produce more and make the problem worse."

Pregnancy
Is It Safe to Take Allergy Medication While Pregnant? Experts Weigh In
by Devan McGuinness 9 hours ago