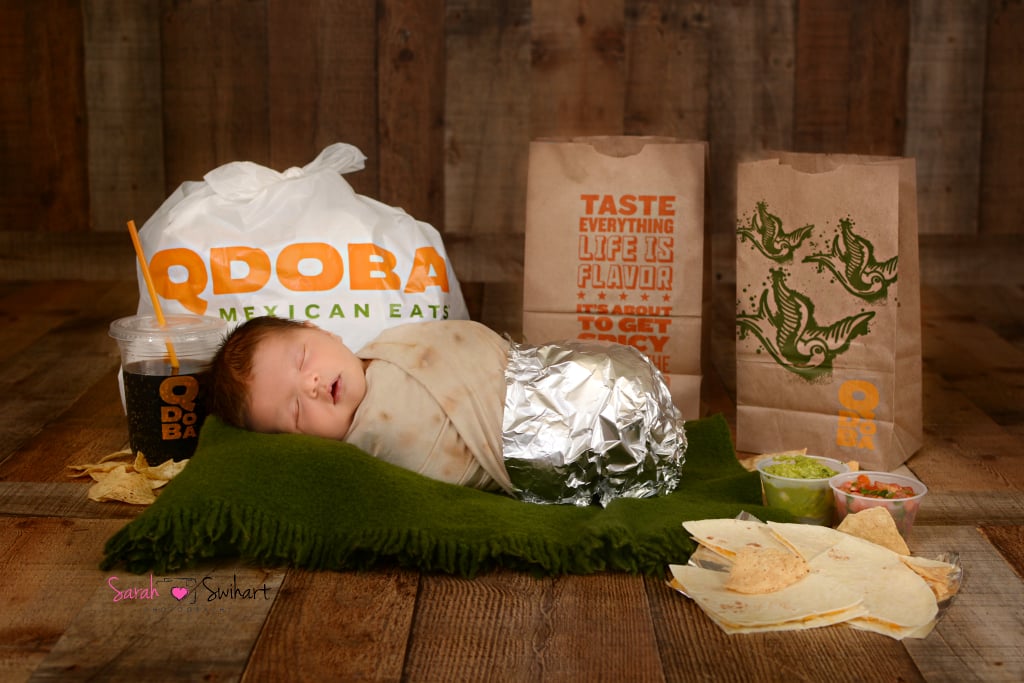 Had Jessica Schuster not quit her job of 17 years as an area supervisor at McDonald's to work at Qdoba a block away from her home, she may have never met her now-husband, Joshua. Now the couple has a beautiful son named Sebastian together, and they decided to pay homage to their Qdoba meet-cute during his newborn photo shoot.

After going to Qdoba to order food on Jessica's first day, Joshua started visiting the restaurant every day to see her, and even asked her out a few times. "I thought it was off how much he was eating there, then he had asked me out," Jessica told POPSUGAR. "I politely declined and he continued to ask me out daily until I finally gave in. So Qdoba pretty much laid the foundation of our future!" We'd say so!

For Sebastian's photo shoot, Jessica enlisted the help of her sister, photographer Sarah Swihart. "Sarah has done all my kids' newborn photos and usually does something creative, so we decided, why not do one of him that pertains to Qdoba, since that's where it all started?"

For the Qdoba photo, the little one was wrapped in a burrito blanket, then had Qdoba bags, chips, and salsa around him. Plus, for maximum authenticity, the foil wrapped around his feet was an actual burrito sheet from the restaurant. In a second photo taken by Sarah, Sebastian is propped up in a Domino's delivery bag with pizza boxes surrounding him, which highlights his dad's job as a part-time delivery person and really ups the deliciousness factor on this whole photo shoot.

Related:
These Newborns Were Photographed as Jon Snow and Daenerys, and OMG, Look at the Tiny Iron Throne!
Previous Next Start Slideshow
Domino'sParenting HumorPhotographyNewbornBurritosHumor 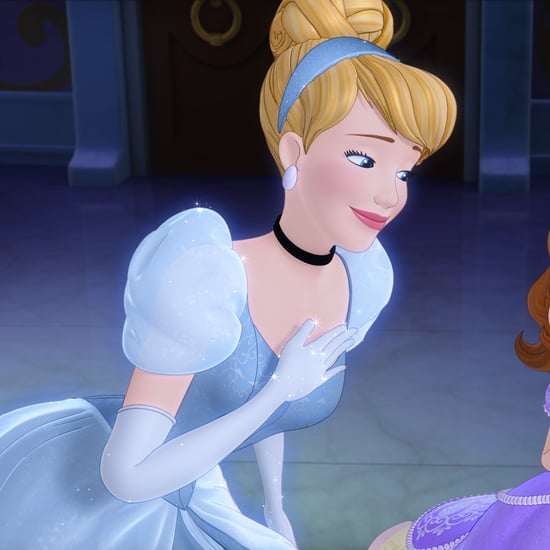 by Sabienna Bowman 28 minutes ago

by Maggie Ryan 33 minutes ago