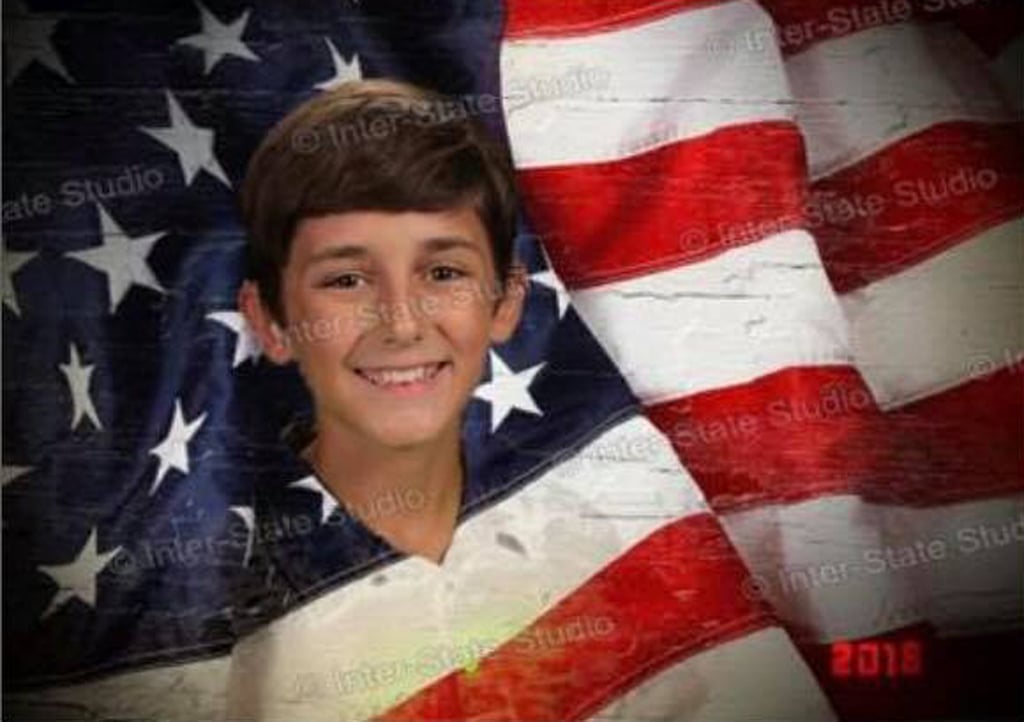 Picking out a first-day-of-school outfit had some added pressure for Laurel Boone Hutsell's son Carter, as his first day of seventh grade was also school picture day. The pair went through his collared shirts and opted for a green one that surely wouldn't clash with the photo background like his dark gray one did that one year . . . or so they thought.

Laurel eagerly awaited her kids' return from their first days, when Carter let her know that his shirt choice was a mistake. The mom wrote on Facebook: "My son: 'Mom, I shouldn't have worn the green shirt for pictures. It will blend in with the green screen they used.' Me: 'They used a green screen? What?! I probably should have read some fine print. Maybe they will be OK.'"

Welp, they are . . . something. Laurel received the photo proofs, and though the smile on Carter's face is wide and natural, his face is just about the only thing in the photo — his head is completely floating on all of the backgrounds that were applied to the photos.

"Seriously cracking up! At least his hair and smile were on point! Which one should we choose? I'm kind of partial to the flags," Laurel wrote. Later she added, "Update: I've asked around. There was no 'fine print green screen warning.'"

This school photo day is definitely one this family is going to remember — see the LOL-worthy photos of Carter ahead.

Related:
This Mom's School Picture Day "F*ck Up" Turned Out SO Much Better Than It Should Have
Previous Next Start Slideshow
Parenting HumorBack To SchoolHumorMiddle School