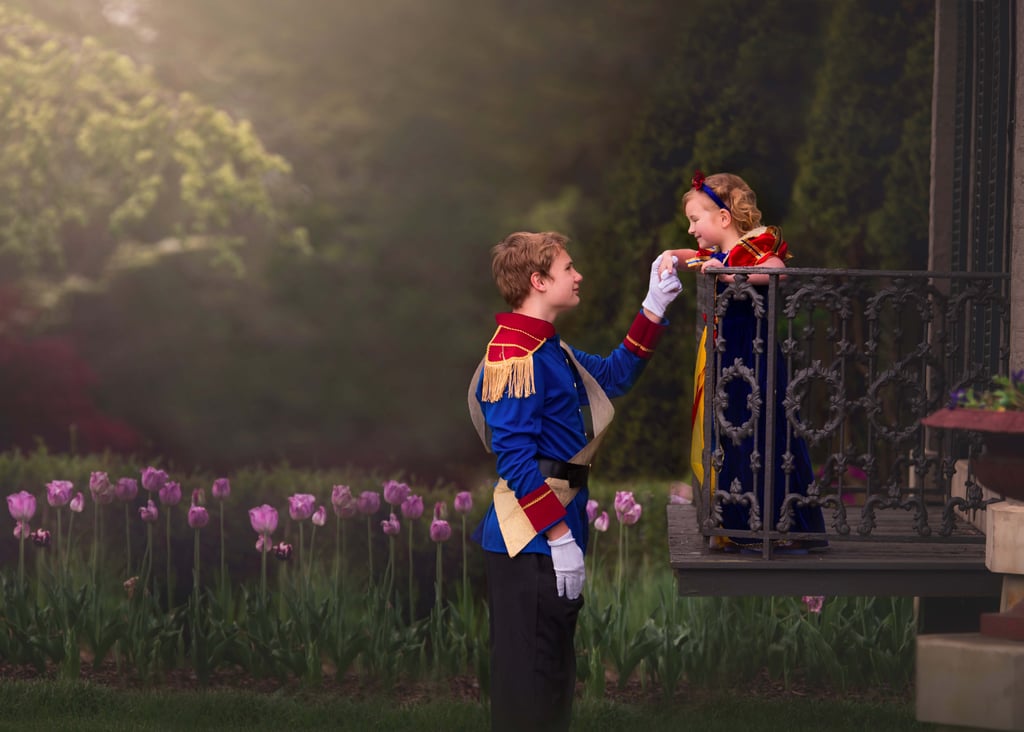 When Christina Michelle's 13-year-old son asked her to get him a Prince Charming costume so that he could surprise his little sister with a princess photo shoot, this Ohio mom was more than happy to make his vision come true.

Anthony came up with the idea before Belle's fifth birthday because he knows just how much she loves to dress up. He picked out both of their costumes, shined his shoes, proudly dressed up, and presented the birthday girl with her gown before letting her know the plan. "She was beside herself with elation. She giggled through the whole thing," Christina told POPSUGAR. "Anthony was bleary eyed the whole time while she told him (and everyone who would listen) that he is her 'favorite boy in the world.'"

Related:
The Disney Dresses This Dad Designs For His Daughter Are WAY Better Than the Fairy Tales'

Christina, who is the photographer behind Paint the Sky Photography, captured her kids' strong bond at a local park and explained why the photos are even more meaningful than people realize.

"Anthony has depression, and Belle is such a little ray of sunshine that he is drawn to her. She makes him happy so he wanted to make her just as happy," she said. "I'm surprised I could even edit the photos through my watery eyes."