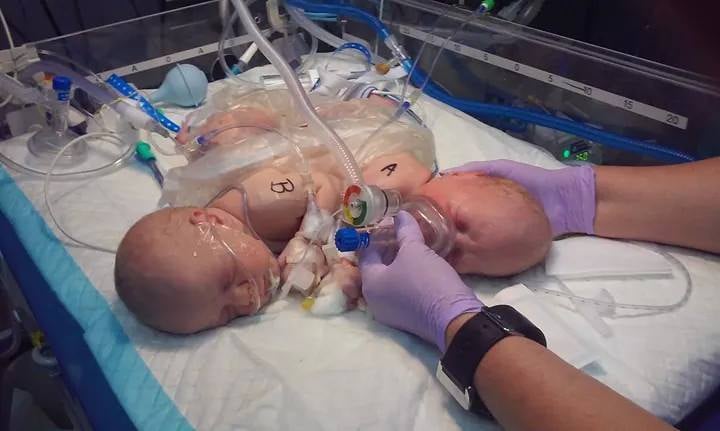 When Michelle Brantley went in for an ultrasound this past Spring, she was unaware of the challenges that lay ahead. During her routine checkup, doctors told the Florida mother that she would be giving birth to identical twins and that they would be attached at the hip.

It is a rare condition with high risks, but Brantley was told her baby boys would be conjoined from the sternum to the lower abdomen. This meant the twins would most likely be preemies and would have a 25 percent chance of surviving. Prepared for the worst, Brantley made it through her pregnancy with no complications and was excited in the days leading up to her scheduled C-section.

But the babies had other plans. Almost a week before her C-section, Brantley went into labor. The mom-to-be was rushed to University of Florida Health Hospital, where she gave birth to sons Carter and Conner just before midnight. The twins were then transferred to Wolfson Children's Hospital for further evaluation and treatment. Brantley says that the twins will stay conjoined for the time being and that she plans to keep people posted on their progress through the Facebook page Prayers For Carter and Conner.