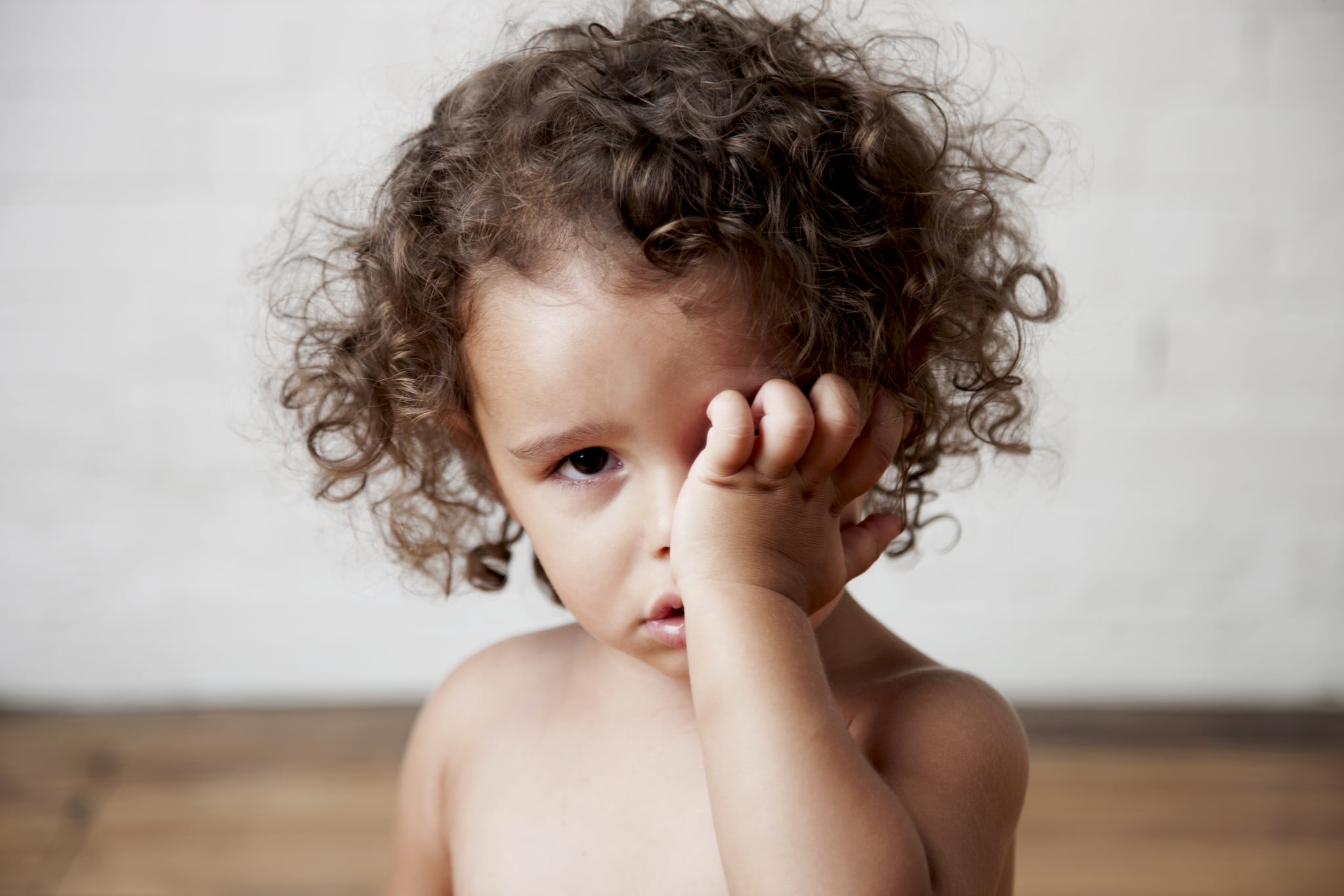 Has your child developed a red, itchy, crusty eye? The likely cause of this inflammation is pinkeye, or conjunctivitis. According to the Centers for Disease Control and Prevention (CDC), conjunctivitis is a common eye condition that causes swelling of the conjunctiva, the thin layer that lines the inside of the eyelid and covers the whites of the eye. All types of conjunctivitis — viral, bacterial, and allergic — can clear up on their own, with the latter usually improving once the allergen is removed. Viral and bacterial pinkeye are particularly contagious, so to prevent spreading, ensure a speed recovery, and avoid long-term effects, our readers suggest the following treatments.

1. Clean With a Warm Washcloth

To immediately ease itching and clean the eye, readers suggest using a warm washcloth. "Just gently rub from the top down to get all the gunk out, and switch to different parts of the cloth," says Kimberly G., recommending that parents use a clean cloth every time to avoid contamination.

Another mom, Becky, says her doctor agrees with that advice. When her 2-year-old caught pinkeye, her doctor prescribed eyedrops and warm compresses.

Of course, the right treatment for conjunctivitis depends on the cause. So to diagnose the signs and symptoms, it's best to see a professional, readers advise. "The doctor will usually diagnose the condition based on examination of your eyes and the history that you give," Julie S. says. If determined necessary, a doctor can prescribe a topical antibiotic for bacterial conjunctivitis or an antihistamine or eyedrops for swelling caused by an allergy, according to the CDC.

Kristen K. says parents should consider a visit to an optometrist from the onset because her general practitioner did not prescribe the right dosage of drops and "it turned into a huge issue." She says: "Get into the eye doc ASAP because you don't want to deal with any damage that could be caused."

A specialist also can provide expert advice if your regular doctor's advice does not lead to improvements. "Sometimes a swab has to be taken from the eye, especially if there is no improvement on standard treatment," Julie adds.

If a doctor confirms that your child has viral or bacterial pinkeye, then you need to practice good hygiene to prevent it from spreading from one eye to the other or to other family members and friends. As the CDC warns: "Viral and bacterial conjunctivitis can be easily spread from person to person and can cause epidemics."

Readers say small children are especially susceptible to spreading conjunctivitis because they can't help but rub their eyes when they itch. Melissa M. says once her daughter was diagnosed with conjunctivitis, she made sure to contact the parents of every child her daughter played with to make sure they didn't get it too.

Not only do children need to wash their hands, but parents need to disinfect their hands as well. "It wouldn't hurt to use hand sanitizer either after you apply drops to her eye because it can get on your hands and you can spread it around, and I'm sure the last thing you need is for you or your husband to get it," Yvonne H. says.

Washing shouldn't stop at hands either, Kara O.'s experience shows. She shares: "My 2-year-old came down with pinkeye almost three weeks ago, and I keep doing the drops for seven days like the doctors say, but it goes away for like two to three days, then comes back full-blown." Kara says the pinkeye reoccurrences led her to buy new pillows and bleach all her daughter's bedding, clothes, hats, and gloves — and pinkeye still came back.

For such cases, moms Yvonne and Melodie C. suggest parents also clean things like toys and cuddlies. "You need to keep everything she touches clean. Wash linens and keep Lysol wipes in hand for her toys and anything she touches," Yvonne recommends.

Similarly, Melodie says the first time her 14-month-old got pinkeye, she washed her blankets and sheets. But after a repeat occurrence, she "deep-cleaned the entire house with bleach and washed everything — car seat, coats, jumper, mattress, etc., etc., etc., — everything she has ever touched." The process, she says, was "so exhausting, but worth it because it is gone finally."

4. Be Diligent With the Eyedropper

Small children especially might balk at having drops or ointment put in their eye. Angela M. says she "literally had to sit on [her son], put them in the corner of his eye, and pry his eyes open." Christa H. also says her children "throw a complete fit if they are awake" when she tries to put drops in their eyes. But knowing drops are a necessary treatment, she has resorted to doing it when they are unaware. "The only way I can put the drops in my kids' eyes is when they are asleep," she says.

No matter how challenging, Circle of Moms members say it's important to follow your doctor's prescribed regimen in its entirety to prevent a repeat occurrence, or worse, damage to the eye. And, Amy D. adds, "When you put the eyedrops in, try to make sure that the eyedropper itself doesn't touch the eye and re-contaminate" your child. Looking on the bright side, Georgia P. says eyedrops are "not fun to put in at all," but conjunctivitis will usually clear up a few days after you begin treatment.

5. Make Sure the Contagion Has Cleared

Even when the conjunctivitis seems to have cleared, readers caution children who have been diagnosed with it should be temporarily quarantined. Leah W. suggests parents keep their child away from other children until they have been treated for at least 24 hours. Conjunctivitis "spreads superfast and once you get it, you are more susceptible to it thereafter so you have to treat it," she explains.

"After antibiotic drops are given as directed, children should be [quarantined] 24 hours, at max 48 hrs to be really safe, [so] it's no longer contagious," agrees Colleen C.

Some day cares and schools make the 24-hour quarantine period mandatory. Tisha says that once children are diagnosed with pinkeye, they are not allowed back to her day care until they have been cleared by a medical professional. But she adds: "The doctors always release the kids at my day care to come back after they have been on the antibiotic drops for 24 hours." Mom Nikki S., meanwhile, says, "The health department in Australia states that children with conjunctivitis can come straight back into care as soon as they are being medicated."

Image Source: Thinkstock
ParentingHealth And SafetyPink Eye
Around The Web