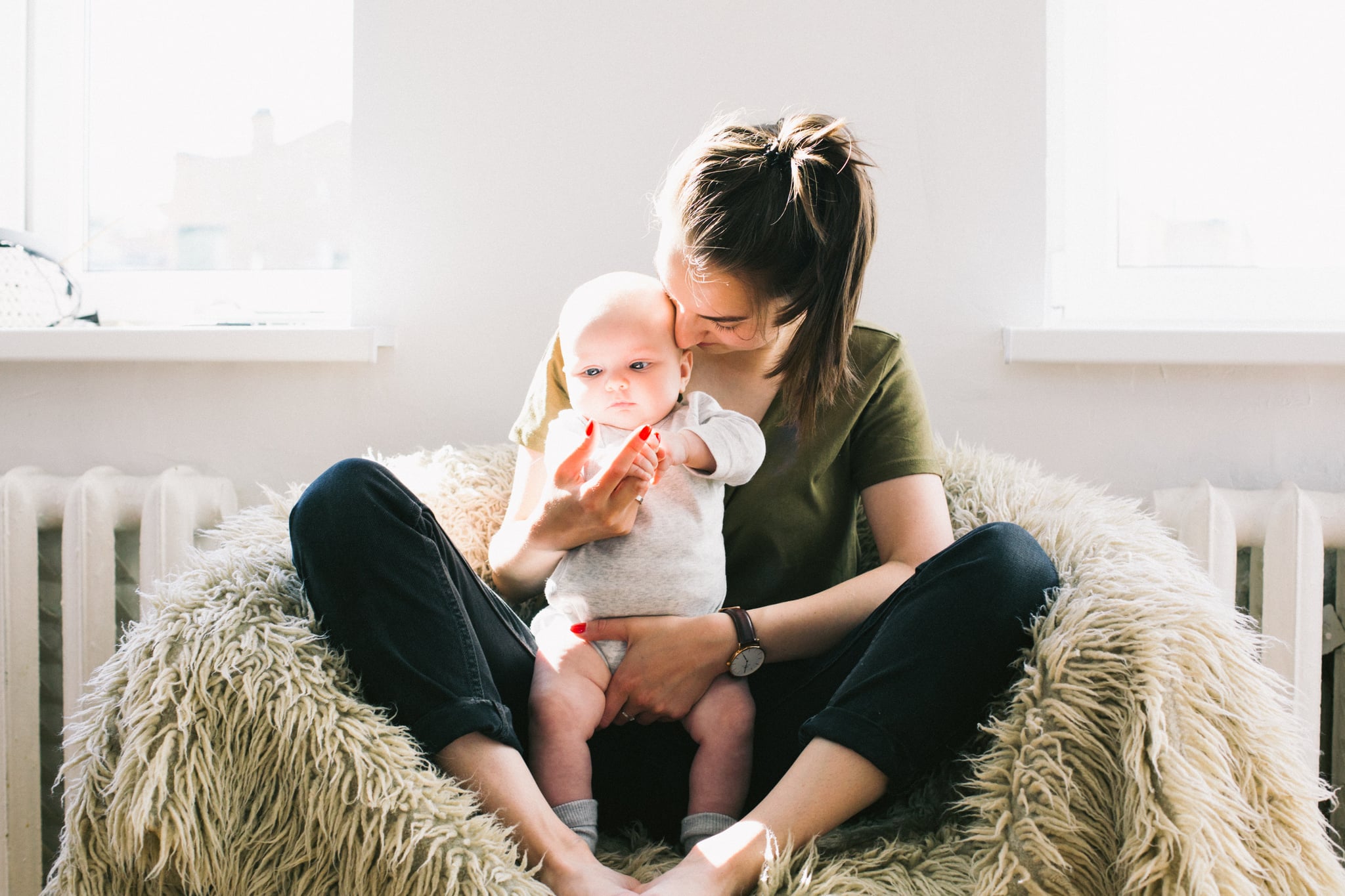 On the eve of my daughter's first birthday, everything seemed normal. Around 8 p.m., we put her down for bed after giving her a bottle and singing some songs. She cried for about five minutes, which was typical for her. Often she babbled or cried a bit when we left the room, even if she was practically asleep when we placed her in the crib. As my husband and I sat down for dinner, the crying started again . . . just five more minutes, but it seemed off. We thought it might be because she had been a little hyper before bed, laughing and playing with us. We finished dinner and started watching a movie. About 30 minutes in she woke up again. We thought it might be that our TV was too loud, but even after we turned it down she kept crying.

Normally, we're not too concerned about a little crying at bedtime. We try to follow the rule that once she's down, we won't go in until the morning and we don't feel bad about letting her self-soothe. When she was 4 months old, we did some "sleep training," and let her cry it out in the middle of the night when she woke up. After a couple of weeks, she was sleeping for 10-hours straight most nights. There were still some off nights, especially when we traveled, but overall we were confident that letting her figure things out on her own helped her — and us — get more sleep.

My instincts told me we should check on her.

For reasons I can't really explain, things felt different that night. She didn't usually wake up an hour after she went to sleep and cry so hard. My instincts told me we should check on her. So we paused the movie, and my husband went back to her room. After about a minute he called me in. I remember detecting a slight hint of worry in his voice, which was unusual. He always encourages me not to overreact when she has a cold or a slight fever. "She doesn't sound right," he said. As I came in to hold her, I could hear that her cry sounded different, almost like Kermit the Frog. It sounded like something was stuck in her throat. Then as I listened, I heard some wheezing. She was also inconsolable. Quickly, we decided to go to the hospital.

Related:
11 Facts About Cold and Flu Season Every Parent Should Know

The 15 minute drive to the emergency room was so scary. I tried to keep my cool and sing to her, since when she calmed down, it seemed easier for her breath. When we arrived at the hospital they took us right in. The doctor said she had stridor, which is noisy breathing caused by obstructed air flow. Earlier that week she had a runny nose, which could have turned into croup, an infection that causes airways to swell. The fact that there was unhealthy air quality in our city thanks to the tragic California wildfires wasn't helping her respiratory functions. The doctor ordered two urgent inhalation treatments and then two steroid shots and had us wait. She also explained that croup tends to come up at night, shortly after a baby goes down for sleep. Four hours later we were driving back home, and I was rethinking our trust in cry it out.

I didn't expect to ring in my daughter's first birthday at midnight in the hospital, but I'm thankful we reacted and were able to bring her there.

Following our hospital visit, I went back to the book my husband and I used as our guide for sleep-training, The Good Sleeper. In it, Dr. Janet Kennedy, who runs a sleep practice in New York, advocates for letting your child cry at bedtime or at night wakings so they can learn to self-sooth. Kennedy said that starting around four months, crying it out teaches a baby to return to sleep quickly and seamlessly. Rereading the book, this passage stuck out: "Letting your baby cry goes against every instinct in a parent's body. Your baby's cry is pitched to mobilize you. And leaving your baby alone involves inhibiting one of nature's more powerful instincts. Most parents naturally ask why they should ignore these instincts. Put simply, it is because there is a difference between a cry of desire and a cry of necessity, between a cry of protest and a cry of distress, even though most parents have difficulty distinguishing the difference at first." Now that I've been a mother for one year, it seems I have successfully been able to distinguish my daughter's cries.

My takeaway from our scary experience is this: follow your instincts. I also have a new rule of thumb. If she has any cold or illness, it's best to check on her when she wakes up crying. While I think I did that instinctively, I now will do it explicitly. I didn't expect to ring in my daughter's first birthday at midnight in the hospital, but I'm thankful we reacted and were able to bring her there.