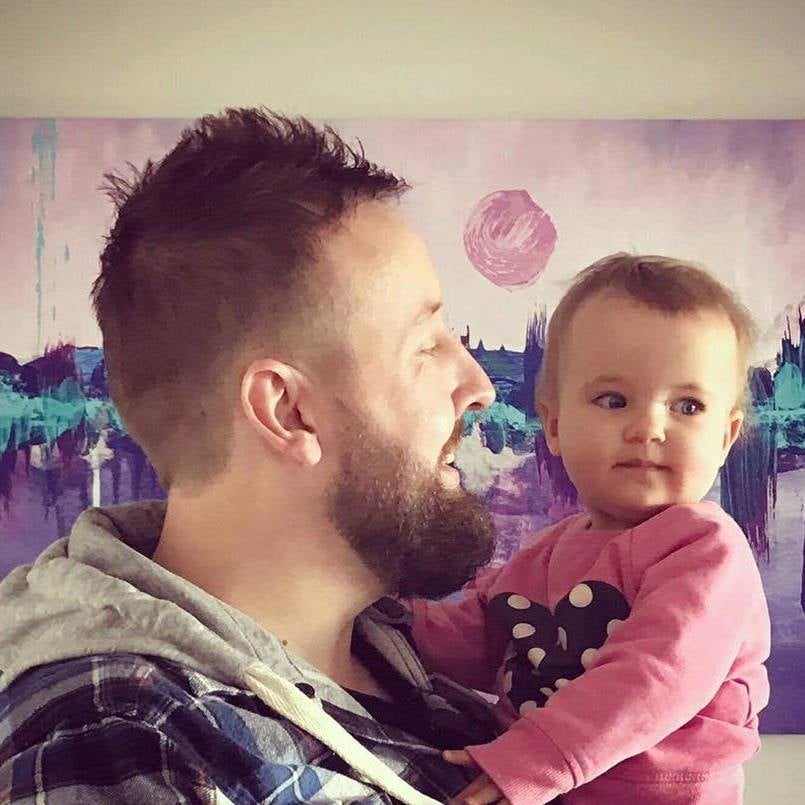 Greg Hughes knows one thing for sure: "Losing a child fundamentally changes who you are."

The father of three sadly learned this after he tragically lost his son Riley to whooping cough just 32 days after his birth. Hughes, who shared his story on a Facebook post on his page Dad Minus 1, said fathers who have lost children don't have to constantly stay strong during the grieving process. In fact, it's actually not healthy to be "the rock" or "the constant" all the time.

"You've experienced the enormity of loss and you've gotta acknowledge that bastard head on," said Hughes in his emotional Facebook post.

The dad went on to share a few of the ways he's changed since losing his son, all of which he came to terms with during a "one man pity party."

"I'm less social. Some days the thought of leaving the confines of my own house terrifies me. I'm moody. I can be completely happy to the point of being giddy when suddenly bang! Switch flicked and I'm the black cloud in the room (I particularly enjoy this one). I'm indecisive. Actions have consequences. How do I know that wearing blue jeans over black pants won't somehow kick off a catastrophic chain of events which causes Armageddon?"

The grieving dad goes on to explain how he's fully aware that losing his son has taken its toll on his relationship with others. "All these things change who I am as a person and they probably make me more difficult to be around — but they don't mean I'm not still the same person I was before," he explained. "I just bring a little bit more awkward to the table than before I lost a child," he wrote.

Finishing his post, Hughes shares solid advice for any parent who is struggling with losing a baby: "You don't have to try and be the person you were before."

He says that if you have other kids, your priority should be to focus on them while always holding the memories with the child you lost close to your heart. "Instead, remember and acknowledge why you've changed, cherish the positive experiences you had before the loss and focus on what you still have. Sometimes you get so caught up in what you've lost that you overlook what you still have."