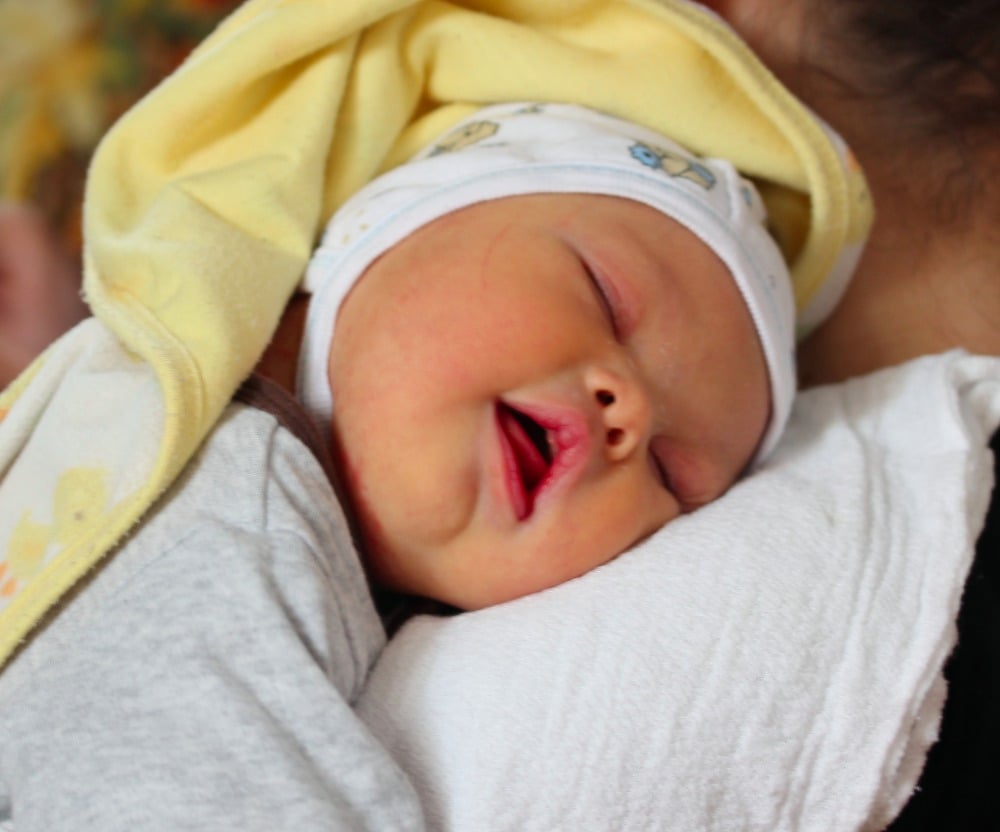 Samuel Forrest has been living a nightmare since his son, Leo, was born on Jan. 21. According to the New Zealander who's been living and working in Armenia, moments after Leo was born, doctors ushered Samuel into an office to meet his son and informed the new dad that Leo has Down syndrome. Undeterred by the news, Samuel took Leo in to see his wife and was immediately confronted with the biggest decision of his life. "I got the ultimatum right then," he told Good Morning America. "She told me if I kept him, then we would get a divorce."

It appears that in Armenia, parents are given a choice as to whether or not they want to keep their children who are born with disabilities. For Samuel, there was no question — he was keeping Leo. His wife had other plans.

Along with finding himself faced with divorce papers, Samuel was also a continent away from home and any support network. So he decided to return to New Zealand — but first he needed money to do so. Hoping to raise $60,000 to pay for his travel and baby Leo's early care, he set up a GoFundMe page. Within nine days, the page raised $223,000, and Samuel and Leo are now well on their way to New Zealand, with the extra money set aside for educational projects.

"This really came out of the blue for me," he said. "I don't have a lot; I have very little in fact. The goal is to raise enough for a year so I can get a part-time job so Leo doesn't have to be in day care and I can help care for him. He's lost a lot in two weeks. It'd be different if he had his mommy."

Last night, upon learning how much money had been raised, Samuel posted an update to his GoFundMe page:

"Thanks everyone – we are stunned beyond words at the incredible support & love you've shown for little Leo.

"9 days after we started our campaign, Leo and I found out in the wee hours of morning that we had crossed our target! He is a lucky guy to have the support of thousands of friends like you around the world.

"Some of the additional funds that we have raised will be used to secure better living conditions in Auckland, and to give Leo higher quality opportunities when it comes to education - a good home and school cost money, but Leo will have all that and more, thanks to you.

"We will use some of the money you've given to fund facilities and programs here in Armenia that will support future parents to keep their kids despite all disabilities, and to help better care for the special ones who end up away from their Mom & Dad. We'd also like to share the surplus funds with the only orphanage in Armenia that regularly takes abandoned Down Syndrome babies as well as other organisations that can help these children – thanks to your support we can start to make a difference already

"Thanks again for your care and generosity!"

Sounds like Leo is in the best possible hands now!

Little Kids
This Important PSA For Kids Is About Staying Home, but Gru and the Minions Bring the Comic Relief
by Alessia Santoro 17 hours ago