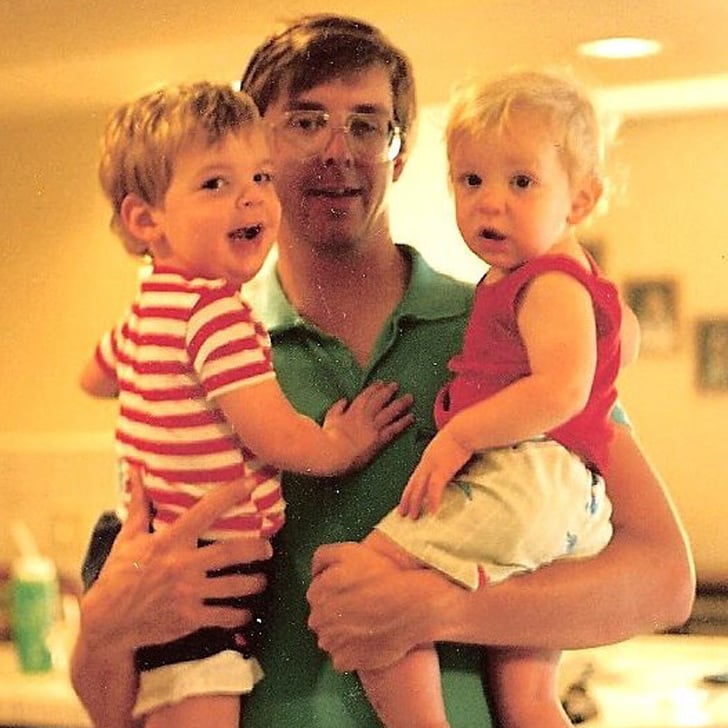 My father was napping on a lounge chair outside. I knew this would be our last conversation; I suppose that's why I had this sense that it needed to go a certain way. I knew I wanted closure, and I wanted to make sure I didn't get it all wrong.

It was a pretty warm October day in Los Angeles. So warm, in fact, that it still felt like Summer. I sat next to him. "Do you want to go get a chocolate shake?"

I was on babysitting duty. My mom had asked me if I could hang out with him while she ran errands. We had reached a point where he couldn't really be alone, and we hadn't hired an around-the-clock nurse quite yet. On this day, near the end, it was just me and Dad. On some deep level, I didn't feel like we were in the right place. I wanted closure. I wanted to make sure he knew I loved him, still love him, no matter what. I knew as his sickly life thread frayed, I was running out of time.

He stirred in his chair and looked at me. He had a patch over one of his eyes, because his balance was totally shot and the double vision made it worse. Chocolate shakes were his favorite thing in the whole world. I thought we could go for a drive, and I could tell him what a great father he'd been, even though our relationship was never easy.

"Can you?" He looked puzzled. I knew he couldn't find the right words.

Eight years earlier, he'd been diagnosed with brain cancer. The most vicious form of brain cancer, actually, and he was stage IV. They removed the tumor, and he completely changed. He had a lot of memory issues. His whole personality shifted, too: he was more emotional, more sensitive, a bit more childish, and he had trouble with words. He was so easily frustrated by it, too.

We supported him as he fought bravely from day one, but even then, with a two percent survival rate, we knew we needed to prepare for the worst. In a way, we'd already been mourning him for quite a long time. He was cancer-free for a while, but he had suffered a terrible recurrence. By the time I sat with him in that California backyard, in the warm sun on that October day, he'd elected to stop treatment. His symptoms had gotten worse and worse. He had trouble performing basic motor functions and making complete sentences.

I already felt like I was doing this all wrong. He was supposed to go with me. I hadn't wanted to leave him alone, but it was a short drive and I figured he should be drinking all the chocolate shakes he could get his hands on. When I got home, he'd fallen asleep again.

I sat down next to him. "Hey, Dad." I patted his leg, and he stirred. "Here's your shake." He sat up a bit and took it from my hand. And I knew this was it. I knew what the doctor had said. I was running out of these moments; perhaps this would be the last one.

And still. I felt like I was doing it wrong.

Mom came home. She popped her head outside from the kitchen. "Everything OK out here? How is he?"

She smiled, I think. "Of course," she said, and she closed the door.

I realized then that this wouldn't be some sort of sweeping, cinematic sequence. There would be no swelling, emotional music. There's no right or wrong way to get closure. I just needed to say what I felt. Say everything. Pour it out. Hope it would be enough.

"Dad?" He looked at me with the one eye that wasn't obscured by his patch. "I just wanted to say I'm sorry. For everything."

I wasn't even sure what I was sorry for. I mean, my dad and I had never had an easy relationship. I was a full-bred mama's boy. I liked musical theater and Barbies and Will and Grace. He liked sports and alien conspiracies and computer programming. I had never hated him; I just knew we didn't have much in common. I knew he had trouble relating to me. But I knew he loved me. He came to every performance I'd been cast in. He gave me "Oscars" with my name on the plaques. He rented horror movies when Mom worked late. He made chocolate shakes for my brother and I to drink while we watched X-Files with him.

I knew he loved me. I guess I wasn't sure if he knew I loved him. I suddenly felt ashamed for pushing him away all those years. For all the dumb arguments we'd had about the most trivial things. For not having enough patience when it came to his illness and his newly emerged mental disabilities. I wasn't sure if I had given him as much as he'd given me. And for that, I wanted to apologize.

I exhaled. I'd been holding my breath. "Why?"

"I was a jerk. M'sorry." And I knew. I realized he had needed this much as I did. Maybe he didn't know what to say. Maybe he forgot how to say it. But I knew we both needed that moment. He needed to hear he'd done a good job as much I needed to tell him.

"You weren't a jerk." He looked at me again and shook his head. "I love you, Dad." Say everything. "You know that right?"

He pulled away and leaned back. He was starting to fall asleep again. I pulled the chocolate shake out of his hand and put it on the ground for him to find when he woke up. I walked away, worried I hadn't done or said enough. But I hoped I had.

The next day, my father slipped into a coma that he never came out of. We hired a hospice nurse for around-the-clock care, and we sat with him until he passed away. It's been five years, and I'm still not sure I did enough. I think I've realized, though, that there's not a right or wrong way to get closure. I said everything I wanted to say, and that would just have to be enough.