Here's a post from our partners at BabyCenter! Every week, we bring you the best parenting and lifestyle stories from the experts at BabyCenter, including this post about disciplining children. 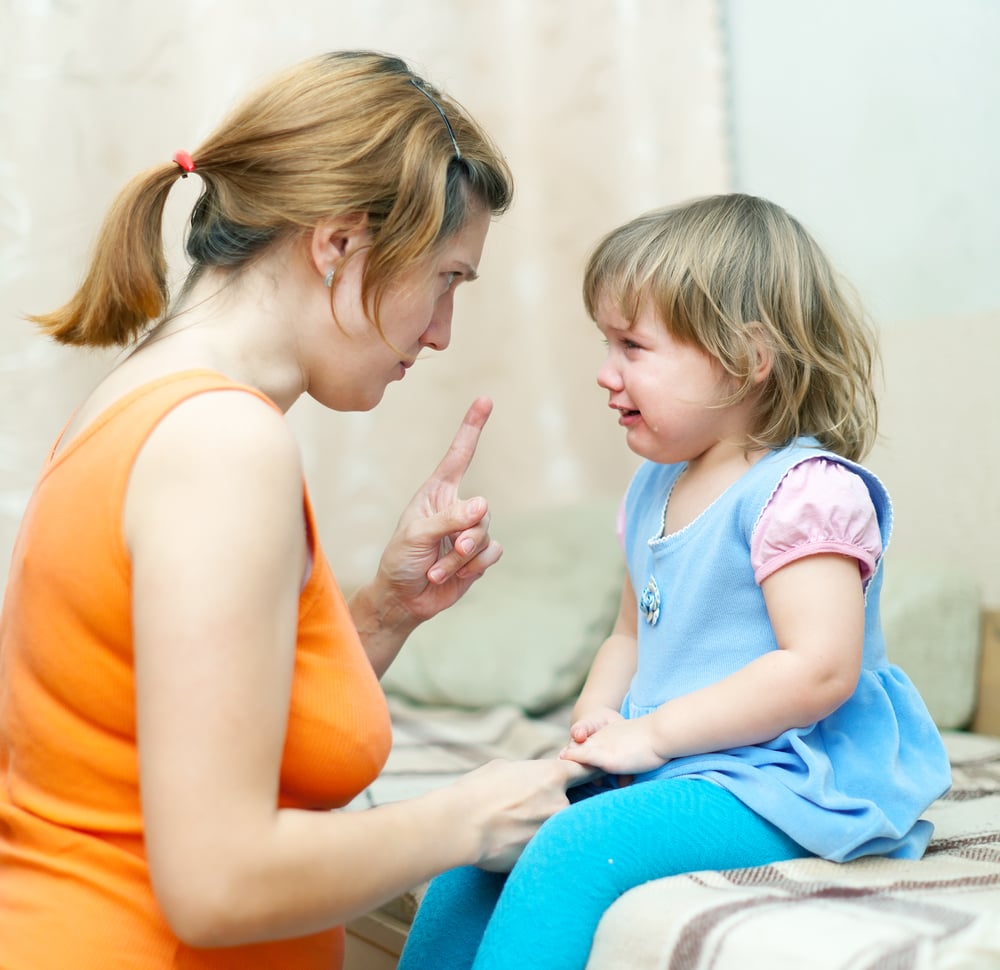 When you talk to parents who raised kids a generation or two ago, you hear a lot about the village. What seems to make these magical stories about kids playing kickball in cul-de-sacs or roaming free until they tumbled in the door for dinner possible is that back then, you weren't raising kids on an island. A large network of aunts and uncles, friends, neighbors, and grandparents were keeping a friendly eye out. Sometimes, this resulted in a not-so-friendly scolding if they felt a child was out of line.

Related: Does this video get fatherhood right?

Perhaps it's because I live in San Francisco, but I cannot imagine anyone, outside of a grandparent or caregiver, scolding another person's kid. At my local playground, I feel like every parent, including me, is playing defense—rushing in with our sharing spiel at the first sign that our toddler might be grabbing a Tonka truck that isn't his.

We spend so much of our energy trying to make sure our kid is nice to everyone else that the idea of actually reining in another child, even if he's whacking little kids on the head with a light saber, is as foreign as landing on Mars. Most parents just get their child out of the path of destruction and leave it at that.

Which got me thinking—is there ever a scenario where it is okay to discipline a child that isn't yours, or in your care?

When I asked friends about their thoughts, the first response was a universal cringe of awkwardness. But a few sensible patterns began to emerge.

First of all, there's a big difference between intervening in a playground dust-up and actually disciplining another kid. If a child is throwing sand in your toddler's eyes or pushing him, obviously get in there, remove your child, and say something like, "We don't push other kids because it can hurt them, especially if they're littler than you." Don't touch the other child, and keep your voice calm; never sound angry. If the other parent is on the scene, defer to them.

Of course, if said parent acts like nothing happened, that can be frustrating, but it's probably not worth saying anything. The only reward you'll get for a, "Hey, your son was throwing sand in my son's eyes and wouldn't stop when I told him to," is to be avoided like the plague every time that parent spots you at the swing set.

Age also matters. I wouldn't discipline any child under 2, based on my own experience with a 19-month-old toddler, who wouldn't understand the concept of a time out any more than he would the theory of relativity.

With all that said, there are a few situations where it may be appropriate. If a parent or caregiver isn't present, and the child is at your house for a play date or you're chaperoning her at an activity, then you're in charge and need to use your judgment. To me, physical injury or the risk of physical injury is the bar to use, though—a kid throwing some cheerios on the floor after you've told them not to isn't exactly a capital crime.

So if little Susie is trying to pull the flatscreen on top of her for the third time, explain to her, "In our house, we don't touch the TV, because it could fall over and hurt someone. Okay?" If she continues to do it, you can decide to give her a short time out, or you can simply say, "We're not playing in here anymore." Pick the option you think is most likely to make the rest of the play date go smoothly.

If you decide on the time out route, tell your friend when she comes to pick up her kid, in as nonjudgmental way as possible. "My kids always used to do this too, but Susie was pulling down the TV after I asked her not to and I was worried she was going to hurt herself, so I gave her a short time out." Your friend may get defensive or upset, but it's better that they hear it from you than from, well, Susie.

And if you're dropping off your child for a play date, always ask the host parent what the house rules are (i.e. no running in the hall, no cannonballing off the couch) and make sure your child understands them.

But no matter what, it's tricky to know what the right response is when a child is misbehaving. My advice is to use some kindergarten philosophy: How would you feel if the roles were reversed?

More great reads from BabyCenter:
How to get rid of stubborn cradle cap
Is this dad's selfie with his tot that controversial?
The #1 reason this tween is skipping social media
What's with all of these father-daughter Frozen ballads?